Immobilized by a fall, a garden-lover loses touch with a piece of her soul…until an unlikely Bit of technology helps restore her spirit

When my wife slipped on a tablecloth she was folding and fell on her knee, it was frightening as well as painful. A trip to the emergency room confirmed that she had broken her kneecap and that it would be two to three months before she recovered. My wife is a strong woman — both physically and mentally — but this experience was challenging.

The specialist who treated her a few days later had less empathy than a rock. She explained to him that, in addition to the physical pain, she was dealing with trauma. Afraid of falling again. Depressed. Unable to sleep. He essentially said (as a waiter might put it), “That’s not my table. You may have to make some minor adjustments in your life for a short time, but this is not really that serious.” In other words, suck it up and don’t bother him with talk about trauma.

But the trauma was real, and the life “adjustments” seemed overwhelming.

Let me explain. Lots of people have gardens that aren’t that important to them. But for Michelle, the garden was peace of mind. She had done some gardening before, but she had waited her entire life for this garden. When we found this house, it had a raised garden bed that surrounded the entire place, and it was completely unplanted. A blank slate for her imagination. And with the pandemic raging, it was a place for her to go to find quiet and comfort. I could see the joy it brought her. If she was having a bad day, it was the cure. If she was having a good day, it made things even better. I had never really done any gardening, so she also enjoyed teaching me. I loved learning how to help, and she enjoyed having me with her. But it was her garden, and it was important to her. She had a relationship with it that was mystical and beautiful.

And then she fell.

It took us a couple of days before we appreciated the full significance of her physical limitations. And then it struck us both: the garden was off limits. I went out to water it for her, but in my ignorance, I couldn’t even water it correctly. Some need more water, and some need less. Some flowers are sensitive and shouldn’t get too wet. I was at a loss. I tried, and she was so appreciative, but it just wasn’t the same as her being able to do it herself. And then there was the weeding, and something called “deadheading,” which sounded vaguely like action the mafia Don might take, but apparently it was important to a garden. And it hurt her to see the garden suffer. I could see it in her eyes.

Days passed, and some of the flowers died. Some wilted but hung on. My wife cried to see what was happening, but the hurt went deeper. I don’t know if I can even explain it, but let me try. Her garden was an intimate place for her — a safe place in a troubled world. It was where things made sense. If you planted a seed and took the right kind of care of it, it would grow and become a thing of beauty. And she could see eternity there. Even the ebb and flow of the flowers changing with the seasons was reassuring. It brought the power of nature to her soul.  As John Keats said:

A thing of beauty is a joy forever:

Its loveliness increases; it will never

Pass into nothingness; but still will keep

A bower quiet for us, and a sleep

Full of sweet dreams, and health, and quiet breathing.

But the accident seemed to be keeping all of this at arm’s length. It was not just a “minor adjustment in her life.” It was draining the life out of her.

I also had to do the grocery shopping for us, but as it was with the gardening, I was unskilled. I could pick up standard items, but when it came to choosing which vegetables were the best, I had no idea what to do. Michelle had a thought. I could wear my Airpods (I’d had a set for months and never used them), and she could help me through the process. It took several tries before I could get the things into my ears so they wouldn’t fall out. But I figured it out and headed to the store. And it worked! I made a video call to her, and she was able to examine the vegetables virtually and talk to me about decisions. I handled the rest of the store by myself, but we really enjoyed the shopping she was able to do without actually having to walk through the store.

And then it came to us. We could do the same thing with gardening. Michelle couldn’t go to the garden, so we would make the garden come to her. The next morning I donned my Airpods again and headed out to the garden to begin “deadheading” for the first time. In case you don’t know what that is, it is picking (or cutting) dead flowers off the stems, so that new blossoms can grow. But I could barely distinguish dead flowers from new buds. Michelle talked me through it. She was able to garden without leaving the house. It wasn’t really the same, but it felt good to her. She was able to explain which flowers needed deadheading and which were doing fine and needed to be left alone.

And for the first time since her accident, Michelle blossomed.

She was laughing and joking, and suddenly (to my surprise) she began to sing to herself, which is something she always loved to do before the accident. I’m a religious person, and to me this was a miracle. But even those who are not religious would have been moved. She was herself again.

Later that afternoon, I put together the wheelchair that we ordered for her. And today we explore a new frontier. Michelle will try making a round of just part of the garden — the part that is adjacent to the driveway and sidewalk — and this will make it possible for her to actually touch a few of her plants, including her above-ground planters, which have lettuce, rainbow chard, chilis, and a variety of herbs. She will even be able to harvest some by herself.

There is still a long road to complete recovery; we have a long time before she will be able to walk into the garden and kneel on the ground. And there may still be some dark days that come along. We are realists and understand the even a breakthrough is not the end of the story. But this is a story of triumph, and being connected to her garden was the answer to the trauma she was experiencing. It was her therapy.

It could be your therapy as well. If you haven’t tried to garden before, my experience is that it could make a real difference in your life. Everyone is different, but being connected to nature is special and speaks to all of us. And when trouble comes your way, you could find, like Michelle, that there is peace and beauty all around you.

You may also enjoy reading these other articles for Best Self Magazine by Solomon Stevens. 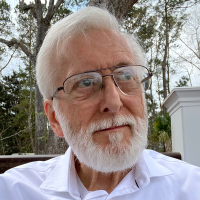 Previous Post: « What Is a “Real” Relationship in the Age of Social Media?
Next Post: A Simple Guide to the Akashic Records »