When I was a kid, my friends and I would play a board game called ‘Life’. The game was pretty simple; you would spin a wheel and move along the board in a car color of your choice. When you landed on a square, you read what was on the square and you did exactly as it said. There were a few choices you had to make along the way, but very little skill or strategy was involved in winning the game.

In essence, the fate of your Life depended mostly on the random spin of a wheel. The winner was the person at the end with the most amount of money, giving us the false pretense that money buys happiness and whoever has the most money ‘wins’. It was a mindless game and not at all a good representation or preparation for us into the real world.

I, for one, am grateful that real life is not like this. Yes, we at times land in places we’d prefer not to be, but unlike this childhood game, we don’t have to rely on a spin of a wheel to determine our lot in life because we are in total control of our lives.

Having said this, I do think that there are people who don’t understand this, people who would even tell me I am wrong. And, while some may agree with me, they still may allow their fate to be determined by outside forces. If I think about why this is — why some people believe life randomly happens to them — it is more than likely because they don’t realize the power they have to determine what happens in their life.

Digging even further into this theory, here’s a question for you:

Do you live your life on the offense or defense?

The reason why I ask this is because lately I’ve been observing people (myself included) and how they respond to various situations. I’ve noticed that a good majority of us spend our time in a defensive mode. I’m not judging, just observing, but I do know that you can have the best defensive players on a team and you aren’t going to win unless the offensive players get in the game, too.

So many of us, whether we realize it or not, are playing defense way more than we are playing offense. We’re constantly on alert, ready to defend our words, our actions, even our thoughts.

How can you recognize when you are doing this? Think about when someone is talking to you and ask yourself: are you listening to respond or are you listening to understand? While they are talking, are you crafting in your mind what your response is going to be before they’re even finished? If you are, that’s a good sign you are living defensively.

If you are always struggling, if you are quick to anger, if things never seem to go right for you, perhaps it’s likely because you are living in defense mode. You may believe you are protecting yourself, but you may be protecting yourself when you may not need to. Always being on defense could be a habit you would benefit trying to change. Living defensively puts us in fear mode. Dating back to the beginning of time, it’s our primal instinct to defend ourselves against attack.  But we don’t live in caves anymore and we don’t need to live in fear of being eaten by a wild animal. We can relax a bit; even learn to laugh a little more — at ourselves included.

So how do we stop living defensively?  Here’s a start: Listen.

Really listen to what others have to say. Let them talk and hear them out. Consider for a second that what they are saying is important to them and all they want you to do is listen. Open your mind to what they are trying to tell you. It could be something you don’t know and you could learn from. And even if someone is complaining about you — something you said or did — try just once not to be offended. Try to understand where they are coming from. You can have your voice and answer back, but before you decide what you are going to say back, wait to think about your response until they are finished talking.

I believe miscommunication is increasing, because we’ve forgotten how to hold a conversation; we only know how to start an argument. If someone disagrees with us we want to prove our point, not understand what our differences are. We’re playing defense way more than offense. How can we possibly win anything this way?

The defense on a team rarely scores a touchdown or a goal; their main job is to block someone else from doing so. Being on the defensive requires a mindset that something is about to be taken from us — something we need to protect. When you’re not playing defense, you’re trying to move forward. The offensive mindset on a team is that there’s a goal and we’re going to get there. So what role on the team would you rather play on: Offense or Defense? The choice is yours.

You may also enjoy reading The New Self Empowerment: The Magic of emPowers, by Emily Eldredge 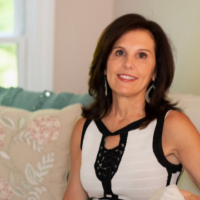 Annette is a Certified Martha Beck Life Coach. Join her each week by listening to her Podcast “Mind Yoga Quick Quotes” for a mental mat exercise which will encourage you to stretch your mind. Subscribe for free on iTunes. Learn more at annetteq.com or follow her on Facebook, Instagram or Twitter.

Previous Post: « Lessons From Trees on Existence, Peace, Surrender, Acceptance and Hope
Next Post: The Gifts of Spontaneity and Listening to Your Intuition »