When her marriage abruptly ended, one woman found the strength to use her heartbreak as a catalyst to create a new, more open and loving life

Have you ever wondered how you can be so blissfully ignorant, yet at the same time be subtly aware that something isn’t quite right?

If I really sat down to analyze it, I suppose I felt that way towards the end of my marriage. I had been unwell for a few years with a mysteriously vague, but disruptive, stomach issue that several doctors and various treatments could not seem to resolve.

At the time it never occurred to me that my discomfort was stress-related. How could it be? I had the perfect life, wonderful children, and a devoted husband.

In hindsight, I suppose there were quite a few things that I was holding back that I was not really happy about. That is how a marriage is though, right? I couldn’t expect to be blissfully happy; that was a myth for the movies. Putting up with the things that bothered me was just the way it went and would always be. Or so I thought until the Sunday afternoon, right after our seventeenth wedding anniversary, when my husband walked into our bedroom and announced, “I don’t love you anymore and I’m filing for divorce.”

For once I was speechless.

After twenty-two years together, that was the moment that I learned my marriage was over. That was also the moment that I found out that things were radically going to change for me and my four children. I had believed I had created an incredibly secure and stable home life for me and my children, but suddenly that evaporated as I was forced to look into a void that I had no idea how to fill.

I met my husband when I was 22 in a village in Sierra Leone, West Africa. I was a volunteer teacher and he was in the Peace Corps. Later I moved from my native England to New York to work and be with him. At the time of my divorce, my parents were dead but truthfully I had really not been very close to them. My siblings were in the U.K., but the family I had been close to for 20 years were actually my in-laws. But now they were not going to be my family any more. Likewise, many of the friends we had as a couple were people my husband had grown up with or went to college with; the friends I did have left were all part of a couple. Workwise, I had just gone back to work as a part-time teacher in a private school. Not exactly the foundation for financial security.

As time went on I moved from numbness, to sadness, to absolute terror about what was going to be next for me in this new life.

This was a crazy new reality for me because I had always been the girl who ‘got out’ and took all the initiative while accepting no crap from anyone. College, Africa, New York — I took them all in stride without any doubts about my ability to conquer anything. Yet, here I was after so much time, confronted with the challenge of figuring out how to handle this newfound fear and doubt about my future.

Oh, did I mess up so much in those first few years! From insane relationships, to massive partying and financial recklessness, I pretty much covered the gamut of what not to do. But after lawsuits with my ex., a relationship that had to be ended with the local police warning him off, and a period without a real job, I came to the realization that I needed to stop my downward spiral in order to get a handle on my life.

I also realized that I was creating a vicious cycle: the more I avoided, the more I felt bad about it, the more I berated myself, and the more incapable I felt to make decent decisions. Using the excuse of divorce and kids to stay stagnant was convenient, yet I finally realized…

The pain of looking in the mirror and being disappointed or even hating the woman looking back at me was bigger than the fear of reaching out and changing my life.

That was the start of my healing journey.

As I looked into ideas and concepts about emotional healing, I sought out people that spent their lives studying and teaching these ideas. Part of my personal transformation was learning to change the things I said to myself and focusing on losing the stress, anxiety, and fear that had held me back. I began to feel better and my relationships improved as I found gratitude and joy in my life. This new mindset fueled my desire to really go for what I wanted.

Every story about marriage and divorce is different. Nonetheless, a common theme about mid-life divorce is the feeling that we are in a place that we didn’t think we would ever be. Add to that the fear that we have no idea how to positively move on to get a sense of stability and control over life as it is now. It can be overwhelming to think about where to start and how to trust ourselves to make the correct decisions once we have an inkling of a goal.

But this process can start once you make the decision to change from within.

Yes, this can be terrifying, but it becomes manageable when you break the healing process down into bitesize steps.

The first step is learning to stop looking in the rear-view mirror at what you had, or thought you had.

One of the things that plays on our fears and anxiety is the ‘what if’ scenarios. What might, could or should possibly happen. These are all mental minefields that we wander into in our minds that allow us to spiral down into the negative mindset that can be very difficult to dig ourselves out of. Since those are all things that are not our current reality, it’s important to stay in the now to avoid those minefields. How? Look around at what you have that is good and worthy of gratitude. It doesn’t matter how big or small.

Human minds can be pretty devious. When we start to look for evidence of what we want to believe in, we can find it. Over time, more and more of that evidence pops up to prove how right (or wrong) we were all along. There’s even a term for it — ‘confirmation bias’ — in short, our propensity to seek out information with validates what we think or believe.

Playing the victim — or more specifically, the Blame Game — was something I needed to let go of in order to move forward.

I have spoken to women eight or more years past their divorce who are still stuck in this mindset that ultimately drains their energy, health, and finances. It’s important to (eventually) forgive anyone you believe wronged you, but it is even more important to forgive yourself. You are not letting them off the hook; you are simply freeing up space in your own life to allow positive emotions in. Chances are that you actually haven’t done anything ‘wrong’, but you may be holding on to guilt about not being able to fix your spouse, or the marriage, or getting out of the bad relationship sooner. But once you let go of all that, life will immediately open up so much more for you.

Living with anger, guilt, regret and sadness can become your uncomfortable new comfort zone. It is your mind’s way of keeping you safe from venturing out past the fear barrier to what may be next. But learning to respond rather than react to what others are doing will help you feel calm and in control of situations. Once you can release the hold negative emotions have on you, you can begin to rethink what you believe about yourself and what you are projecting out into the world.

How you view yourself will impact the way that others view you.

Establishing boundaries and projecting confidence will positively impact your relationships and your job performance. This is a never-ending process because you can continue to build on that to choose who it is you want to be going forward.

Another important step is opening your heart to yourself. Be aware of the things that you are saying to yourself on a daily basis. From that casual sideways glance in the mirror when you notice you are too wrinkled/fat/thin/saggy (fill in your own personal ‘flaw’), to the full-blown rants against yourself for whatever you see as a personal failure. Bear in mind that you would probably never say any of these things out loud to another person, especially someone you supposedly loved. Your mind is listening and adding all this information to the story of who you believe you are. So be sure to feed it positive things.

I am now able to declare that my divorce was one of the best things that ever happened to me.

It has led to a total transformation from being the woman I was to who I am now and continue to become. You, too, can be that person who learns from adversity to feel more confident and in control no matter what hurdles pop up in your daily life. You are still here. You are stronger than you thought you are. And you are fabulous!

You may also enjoy Podcast: Sunny Joy McMillan | A Divorce Made In Heaven by Best Self Media 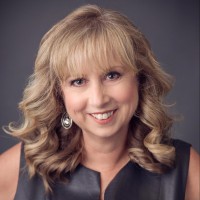 Fiona Eckersley is a Confidence Coach, Author and Divorce Recovery Expert who has utilized her own journey through midlife divorce to help clients in their 40’s and beyond gain confidence and blast through their own fears and challenges. She is the author of Fearful to Fabulous. Learn more at findfabulouswithfiona.com and Facebook

Previous Post: « How Art Can Help You Become A Better Person
Next Post: 3 Simple, Unexpected Strategies To Relieve Anxiety »