Deviant: n. One that differs from a norm, especially a person whose
behavior and attitudes differ from accepted social standards.
— American Heritage Dictionary, 4th Ed.

For a lot of my life, I tried hard to pass for normal, to go along with what society told me would make me worthy, good, desirable. That didn’t go so well.

It’s not like I wasn’t warned. Throughout my childhood, both my sociologist dad and my hippie mom tried hard to convince me — albeit unsuccessfully — that ‘normal’ was overrated.

Pretty much from the time I could talk, they seized every opportunity to point out the foibles, flaws and inherent nuttiness of conventional mass culture. They encouraged me to see its artifice, its blandness, its prejudice, and its unabashedly materialistic bent. In a thousand different ways, my parents (both unusual people in their own right) urged me to discover my authentic self, to dance to my own drum, to be my own person.

To me, that seemed like a spectacularly bad idea. Because from what I could see, achieving normalcy was the price of entry into a world I wanted to play in. It looked like the only way to win, to be wanted, to flourish.

“To be yourself in a world that is constantly trying
to make you something else is the greatest accomplishment.”

From an early age (I was born in 1967, the tail end of the Madmen era), I was attracted to the bright, clean, glamorous images that the normal world projected. I loved its new-and-improved promises. I longed to attain its glossy perfection and its “have it all!” allure. So for many years, I rejected a lot of what my parents taught me — not rebelling exactly, but shrugging off their teachings as eccentric nonsense.

Once I hit junior high and had more control over my daily choices, I got down to the business of conforming.

By this time, my parents had separated. When I moved from our farm into the city to live with my father, I left behind the farm’s way of life — an existence driven by simple, hands-on tasks and natural cycles — and embraced shopping and television-watching instead. The more I watched, the more I shopped. Between the programs and the ads, all I could see was what was wrong with me.

I was in my mid-teens when a torrent of new, processed and microwavable products entered the marketplace. Low-fat, low-calorie snacks became wildly popular (remember SnackWells?). There was even a sugar-free section at the grocery store — for the growing ranks of type-2 diabetics.

So many options! So much to try! I quickly rejected the home-grown, home-cooked, whole-food diet my mother had raised me on; instead…

I embraced a regimen that essentially alternated between junk food and diet food.

The diet food didn’t taste very good, and always left me feeling hungry. Fortunately, there was a Burger King and a Kentucky Fried Chicken just down the street.

Thanks to puberty, I’d naturally gained a few pounds. And now, processed food and yo-yo dieting had packed on a few more. I spent a lot of time looking in the full-length mirror and comparing myself to the pictures I saw in Seventeen, Glamour and Cosmopolitan — trying hard to follow the weight-loss and beauty advice those magazines doled out.

Slowly, steadily, my efforts to comply and conform squeezed a lot of the life and light right out of me. But I couldn’t really see that at the time. I was too busy picking at blemishes and poking at my body’s imperfections. For most of my adolescence and young adulthood, I just felt sad, sick, anxious, self-conscious, and not good enough. In college it got worse. Deskbound and sleep-deprived, I gained more weight. I lost more confidence.

It went on this way for a long time. By the time I was in my late twenties, I was stuck in some profoundly unhealthy ruts, but I assumed this was because I just wasn’t doing things right, that I lacked discipline, and that I needed to try harder.

So I tried. I doubled down, committing myself to even more aggressive programs, none of which I could maintain for long. Meanwhile, my career was kicking into high gear. With it came new stress and new symptoms: rashes, acne, digestive problems, back problems, night sweats, carpal tunnel.

I couldn’t sleep. My eyelashes started falling out. One day, in a fit of self-directed frustration, I stomped my foot so hard I broke it. Fifth metatarsal: crunch.

Then I had an “aha” moment. I realized that I had literally just broken myself.

I also realized that I had, in fact, been breaking myself — for years. And I knew I wasn’t alone.

I had to acknowledge that the mass-media advice and dominant-culture prescriptions I had been following were not working for me. Or for most of the people I knew. Period.

Then I remembered: I had been healthy once. I could figure out how to be healthy again. But I knew I had to let go of what I’d been doing. I also had to consider that maybe, just maybe, my oddball, counter-culture parents had been right about a few things.

Eventually, I recognized that my health and fitness challenges were really symptoms of a larger malady — namely, that I was overwhelmed, overworked, overstimulated, and overstressed.

As a result, I was making half-conscious, self-sabotaging decisions most of the time. I was also living in a world where the default choices were mostly unhealthy choices. Most of the socially-supported life rhythms and habits were at total odds with my DNA.

But the solution wasn’t just a new Paleo diet or a caveman-inspired workout routine. Before I could make lasting changes to my eating and movement patterns, I had to first marshal enough awareness to consciously steward my energy and attention on a daily basis. I also had to begin repairing the damage I’d done to myself, reclaiming my autonomy and responsibility for my own well-being.

It didn’t happen all at once, but slowly, bit-by-bit, I began letting go of a lot of social norms and prescriptions in favor of doing what actually felt good to me. I gave up dieting and watching TV. I learned how to make and enjoy whole foods. I gave up bikini-body workouts and made a point of moving more in ways I enjoyed. I started spending a little time outdoors each day, honoring my need for sleep, safeguarding time for play and relaxation.

I stopped chasing ‘success’ as a metric of success. I began studying and experimenting with smarter, better ways to live and be.

Basically, I embarked on my own Plan B.And then Plan C. And Plan D.

And as I experimented, something interesting happened: My life got incrementally better. Then dramatically better. I discovered that ‘normal’ was indeed overrated, and also rather deadly — at least for me. I also discovered that there were a lot of alternatives that suited me better.

Much of my early experimentation in what I now call Healthy Deviance was exciting and rewarding. But it wasn’t always easy. There were a lot of wrong turns and false starts. There were spiraling periods of confusion, self-doubt, self-recrimination, and hopelessness. I often wished it could all be easier — not just for me, but for others. And I still do. Because frankly, I really want to live in a world filled with healthy, happy, whole people.

Becoming and staying a healthy person in our culture is tougher than it ought to be. You can’t just roll merrily along with the unhealthy status quo, or you’ll become part of it. You have to maintain a base level of hyper-vigilance just to avoid getting sucked into the dominant-culture machine.

But when you resist or disrupt that machine (which I call the Unhealthy Default Reality) you can come across as picky, fussy, weird, or disruptive. Do that for long, and at some point, somebody will ask you the question that as a child I so often asked my parents: Why can’t you just be normal?

Today, whenever I get a question like that, I generally respond: Because the crazy that currently passes for ‘normal’ isn’t looking all that good to me. In fact, it’s downright ugly.

Currently, fifty percent of U.S. adults have been diagnosed with at least one chronic illness (many have more than one). Two thirds are overweight or obese. Seventy percent are reliant on daily pharmaceutical drugs. And more than 97 percent aren’t managing even four basic health habits essential to maintaining their continued wellbeing in the future.

That’s just not a version of ‘normal’ I’m interested in signing up for.

As the Indian philosopher Jiddu Krishnamurti once said:

“It is no measure of health to be well-adjusted to a profoundly sick society.”

That is so true. And yet, it must also be acknowledged that being perceived as maladjusted to one’s society carries an undeniable social and energetic cost.

“Weird and disorienting in what way?” you might ask. Well, remember in The Matrix when Neo opts to swallow the Red Pill and suddenly perceives the disturbing truth about his previously comfortable yet inherently life-sapping ‘dream world’? Kind of like that.

Choosing to be a healthy person in an unhealthy world means becoming an outlier. It means frequently walking against the traffic of a mass-hallucination — and that’s not something most people are prepared to do.

Why is it so difficult to make healthy changes in our culture? And what can we do to change this disturbing reality? These are the questions that have inspired me to do much of what I’ve been doing for the past 15 years.

And now it’s the subject of a book I’m writing, called (working title) The Healthy Deviant: A Crash Course in the Art of Being Healthy in an Unhealthy World.

I know that all of this renegade maverick-y talk might sound rather daunting, but happily, it doesn’t mean giving up all of the good things modern society has to offer. It doesn’t mean running off to live in some cold, lonely cave all by yourself.

This is what it does mean to be a healthy deviant:

That, in essence, is The Way of the Healthy Deviant. If it sounds intriguing to you, if you’re interested in outwitting the dominant-culture statistics and finding your own way to sustainable health and happiness, then you’re already a Healthy Deviant. Congrats, and welcome to the tribe!

And even if you’re not yet ready to join the Healthy Deviant ranks, that’s fine, too. Thank you for taking the risk of even considering rethinking normal. Because in the wise words of Frank Zappa, “Without deviation, progress is not possible.”

You may also enjoy reading Interview: Kelly Brogan, MD | A Mind Of Your Own with Kristen Noel 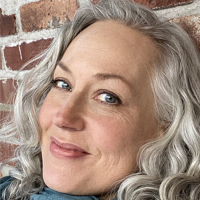 Pilar Gerasimo is an award-winning health journalist, co-host of The Living Experiment podcast, and author of The Healthy Deviant: A Rule Breaker’s Guide to Being Healthy in an Unhealthy World (North Atlantic Books, Jan. 2020). She lives on an organic family farm in Wisconsin with her rescue pit bull pal, Calvin. Learn more at www.pilargerasimo.com and www.healthydeviant.com.