How do you react when you don’t think about it? Do you react from a place of fear or from love? Pause, take a deep breathe and then act deliberately.

I believe people are either moving towards love or running from fear.

We do this in every daily activity. Think about driving in your city and how many people won’t let you cut in front of them into their lane because they’re afraid they’ll be late and not get to their destination in time. Maybe you’re one of those people who won’t let people in? The truth is that by letting someone in front of you, it will probably make you about 30 seconds later in your arrival. Pretty silly then that more people won’t let people move in front of them.

How often do people not let people in front of them whether it’s on the road, supermarket, post office or wherever? Sometimes, it can even turn into a hostile situation, as in the examples of road rage. In these situations, the person is typically coming from a fear-based place which causes contraction and constriction. Both their body and mind are tightening up making the only possible response: NO. Even while writing about this topic, I can feel my shoulders tighten up and become uncomfortable.

According to studies, anywhere from 40-75% of our behavior and thoughts are the same as they were yesterday… and will be the same tomorrow.

That means you probably didn’t let anyone cut in front of you yesterday and probably won’t tomorrow.  In fact, you didn’t even have to think about it. You are so sure in your belief that not allowing someone to cut in front of you is a good thing because that worked for you in the past, so you’ll repeat that behavior again.

Something you learned or observed years ago when you were a child taught you that it wasn’t safe to let someone in front of you — maybe because you interpreted that to mean that the other person thought they were better or more important than you. Or on the flipside, maybe you believe that you’re the important one which means everyone goes after you. Or maybe because you were taught that there could only be one ‘winner,’ so by letting another in front of you that would make you the loser. Or maybe you learned that it’s each man/woman for himself and that this was about your survival.

There could be all sorts of stories that you have playing around in your head of why you can’t let someone cut in front of you.  All of those stories are all fear-based.

Imagine if for any of these scenarios you were able to take a deep breath and then decide what you want to do.

The next time someone wants to cut in front of you — whether it’s in traffic, at the supermarket, or at the post office — take a deep breath and decide what the best response in that situation is. Learn to be fully present when you make that decision instead of operating from a place of being unconscious.

There are times when It may make sense to allow someone in; there may be times when it doesn’t.  However, by making your response on a situation-by-situation basis, you’ll be more in charge of how you show up and in turn, how much success comes to you.

So, what does this have to do with having more success?

I believe that most of the time you’re shutting off success from coming to you because you aren’t even present to allow the good things to happen to you.

As you go through your days with your robotic, unconscious behavior, you’re missing out on so much.

What if the person who wanted to cut in front of you had connections to an opportunity you wanted to be part of? By you closing yourself off, you’ll never know.

We’ve all seen that scene in a comedy where someone drives in front of someone else to grab a particular parking spot because they have a job interview. They’re rushing around in a big hurry, paying no attention to anyone else. Once inside, they discover that the person they outmaneuvered was the person interviewing them. You can guess the likelihood of that person getting the job!

There’s a middle-class fallacy that speed equals more success. Instead, I’m recommending that you slow down. Breathe. Allow yourself the opportunity to choose what your responses will be each time. Then notice what happens as a result. If you’re moving through your day based on habits, you are closing yourself off in more areas of your life than you can count and are even aware of.

Next time someone wants to cut in front of you, try coming from a place of love and do this:

Try making this change in this small area of your life. Then try a different response in another area of your life. Watch the results and notice your confidence and feelings of positivity continue to grow. As these emotions increase, you will automatically be magnetizing more success into your life because you’re changing the energy you put out which means you’ll be changing the energy you attract. You’ll stop contracting and instead become expansive.

Change happens one step at a time, so be patient as you get comfortable with this new practice. And trust me when I say that more success will be on the way to you. It always happens!

You may also enjoy reading Living on the Offense or Defense: Replacing Reactivity with Understanding by Anette Quarrier 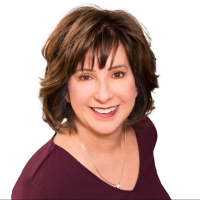 Kate Beeders, The Breakthrough Success Expert, teaches how to tap into your Zone of Brilliance to Accelerate Your Success. She has helped thousands of people go from stuck to successful, is a best-selling author and an international sought-after speaker. Learn more at katebeeders.com

Previous Post: « Losing My Beloved Dog: A Love Letter to Guiding Eyes
Next Post: The Spirituality of Jealousy: Can It Help You Achieve Your Best Life? »