I had always been indecisive. I had spent my life convincing myself that I didn’t know what I wanted—in relationships, for my career, or even what to eat for dinner on any given night. I don’t know had become the mantra for my life.

At age 27, after I was diagnosed with chronic Lyme disease following years of debilitating health challenges, my life was imploding. My health was becoming progressively worse despite trying every Lyme disease treatment under the sun. I was consumed by full-fledged body aches that made it difficult to move and unbearable to stay still. Exposed nerves in my limbs rang with pain and no rhythmic pattern to warn when the worst would come. Extreme upper body weakness kept me from lifting my arms above my shoulders. Bottomless fatigue became so overwhelming that it was too much effort to move my lips and speak. And dangerously low blood counts made my immunologist insistent that I not leave the house. Just to name a few. And my long-term relationship with Jay, the man who took care of me, but that I also let take all of me from myself, had ended. I was now single, sick, and often felt like I was only barely clinging on to my life.

Just when it seemed that I’d finally checked off every last thing on the list of last things to try, everything changed. I found out about a radical and experimental treatment in Delhi, India: embryonic stem cell therapy. My Lyme disease specialist in California — one of the best in the country — told me that it might kill me. But for this, the biggest decision of my life, I did not waver for even a minute. There was no more time for not knowing. I packed my bags and flew across the world in search of a cure.

It was maybe the first thing that I ever really knew. I felt this in my bones, although it made zero sense and I wasn’t even sure, in the delicate state I was in, I would survive the treacherous 20+ hour flight. I only set my mind on a singular mission: to go get the cure in India so I could come home and get on with the rest of my life. This was Life or Death, not Eat, Pray, Love.

I couldn’t hear the Universe laughing in my face back then, but I am sure now that it was. I am pretty sure that my body knew there was a much greater plan in store for me.

It was during my almost nine weeks in India, when my sanity and faith were tested repeatedly — through difficult medical treatment, a new culture, and the uncertainty of my future — that I had an epiphany: I was never really indecisive or unsure; but rather a master at lying to myself. And my body was the only consistent truth-teller of my life. As if someone had slowly un-blindfolded me, I saw my own truth with absolute clarity. I had always known what I wanted, but I was afraid of telling myself the truth.

Because there is only one thing scarier than knowing your own truth, and that’s acting on it.

I don’t know had become a very good cop-out in my life, and an escape from many things: making hard decisions, hurting people’s feelings, and having to figure out what was way down inside. We can lie to other people for a long, long time, but the clock on lying to ourselves runs out a whole lot faster.

For my healing journey, India was not the beginning and it was not the end. India was only the place that I collected more of the pieces. It laid the sacred groundwork for the rebuilding of my soul. The actual stem cells surely helped, but the real work had to be done by me. It was the years after India where I learned to listen to my own truths, which were always ready to be heard; and to let go of the fears that kept me from acting on them.

Saving my own life was not a single act of courage nor a random act of desperation. It wasn’t even, in the end, about attaining perfect physical health. It was a long, slow, burning, uncontrollable yearning to simply meet myself once again.

And for me, it all started with the single most important act of telling myself the truth, all of the time, no matter what.

The Single Most Important Question You Can Ask Yourself…

Am I telling myself the truth? Next time you find yourself lost in the I-don’t-know loop, try to filter out the world and be honest: Are you telling yourself the truth? If you’ve been stuffing down your own truth for a long time like me, this may feel impossible at first, but it’s worth the practice.

Imagine no one has an opinion

If that were true, what would you want? Caring about what other people think makes the job of figuring out what you want much harder than it has to be. In a world where opinions are coming at us from every angle, our own inner voice can easily get drowned out. By imagining how you’d feel if no one else’s opinions came into play, your own voice will become a lot clearer.

Ignore your logical side

It can really help to purposely resist being level-headed or logical about figuring out your truth; try to feel into it. If you let go of your pre-conceived ideas of what’s the ‘right’ or ‘smart’ thing to do, and instead, try to identify your gut feeling, you might see you want something totally different than you imagined.

The only thing left to do once you start telling yourself what you really want, is to be brave enough to choose it. Because I promise if you choose your own truth, you’ll find out that not only do you always know; but you also know best.

You may also enjoy reading Yogananda & Me: The Human Story of a Spiritual Guru by Philip Goldberg 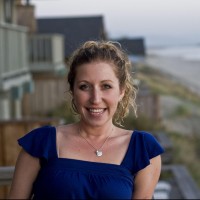 About Amy B. Scher

Amy B. Scher is the author of This Is How I Save My Life: From California to India, a True Story of Finding Everything When You Are Willing To Try Anything (Gallery Books at Simon and Schuster, April 10, 2018). She lives in NYC with her beautiful wife and two bad cats. Amy lives by her self-created motto: When life kicks your ass, kick-back. Learn more at amybscher.com or follow on Facebook |Instagram

Previous Post: « Love Is Found Within: 3 Life Lessons From My Single Life
Next Post: Taking Charge: The Key To Our Aliveness »