From the day I brought my puppy Brio home, my life became one of surprises. At first, they were often about frustration and even sadness because I felt I could not communicate or connect with him. I didn’t speak ‘dog’. I was convinced that Brio didn’t even love me. The most profound and miraculous surprises, however, came later.

Ultimately, my relationship with Brio became one of deep connection and great transformation. I learned what great gifts these fellow creatures have to offer us as feeling, sentient beings, as teachers, not as ‘pets’ simply to be at our sides to comfort us or at our command.

When I decided to get a dog, I was having kind of a mid-life crisis.

I’d been in a near-fatal car crash. A relationship with a man had ended badly. I was in the midst of a successful career as an award-winning television documentary producer, a driven, Type A professional to the core. My dog was supposed to bring balance to my life, but not really change it or change me. Yet my search for a meaningful connection with Brio led me down a path that crossed over the boundaries of reason and concrete reality into the realm of the invisible.

My search to find a way to communicate with Brio inspired me — a skeptical journalist — to investigate the paranormal. I entered the world of animal communicators, psychics, and mediums. The messages I received from Brio through them were so detailed and so accurate that I knew these intuitives truly were ‘talking’ to Brio. Somehow, they had access to information about Brio and our life together that I never told them, that they could not have known by ordinary means. And even after Brio passed, the messages continued, with startling accuracy, from the world of spirit.

Author Benjamin Hoff wrote in The Tao of Pooh: “Lots of people talk to animals…Not very many listen though…that’s the problem.”

It’s a puzzling problem in a way, especially regarding dogs. Dogs and humans evolved together over an estimated 32,000 years. Many scientists and researchers believe that the two species developed a symbiotic relationship with each other and therefore we seek to communicate with each other. Over the centuries, humans have become more and more dependent on verbal communication. Dogs may not share our words, but recent cutting-edge research is showing that they do understand our words. The famous Border collie Chaser learned the meaning of over 1000 objects when her human, psychology professor, John Pilley, taught her their names. Moreover, Chaser understood the meaning of separate words; for example, if she was told to “fetch ball” she put together the meaning of those two words.

According to new research, dogs can understand our emotions and feel emotion in much the same way as we do.

And studies show that they understand the intent behind our voice intonations and some direct movements, like pointing. Dogs are trying to understand us apparently — even if we aren’t listening or understanding them.

I now believe that Brio knew me, really knew me, right from the start, even when I didn’t truly know him for who he was. I no longer question that a conversation can take place between humans and dogs that crosses boundaries of time and space.

So how does that happen? How does telepathic communication work?

The paranormal remains foreign territory to many scientists wedded to the traditions of western science and the need for empirical evidence. I understand. I was once that kind of believer, too. But now I have direct personal experience which makes it impossible for me to question that telepathic communication between people and dogs really can take place. And there’s one scientist trained in the Western scientific method who agrees: Rupert Sheldrake, a Cambridge University schooled biologist, who proposes that there are invisible links between bonded beings (homing pigeons for instance) that allow them to communicate over long distances and to even sense natural disasters.

Sheldrake calls these “morphogenetic fields” — a term from evolutionary biology — that links members of a social group—real links, Sheldrake says, not just metaphorical ones. Dogs can be linked to their humans, Sheldrake believes, through these fields. He’s studied dogs who appear to be able to know ahead of time when their person is headed for home and has reported statistical evidence that this is a real phenomenon.

For me, the step in my journey with Brio that was the crowning revelation was that the messages from him continued to come after his physical death.

I can never forget the incredible accuracy with which the animal communicators reported the exact events that occurred between me and Brio on his last day on earth and then events in my life after his passing. They relayed details from Brio’s point of view of his last meal, and then how he experienced certain moments along with me in the days after he left. I certainly didn’t tell the psychics anything to have given them clues.

I believe that Brio somehow lives in spirit. I believe that he has a soul that has not died. To believe that dogs have souls, one has to believe that they have consciousness. Indeed, here again, science is lending support. Six years ago, a group of scientists, including neuroscientists and neurologists, issued a declaration that the scientific evidence is increasingly indicating that nonhuman animals have the neurological substrates that generate consciousness.

My experience with Brio transformed my view of who our fellow creatures are, of who I am, and my perspective about the universe itself. I believe that there is more to existence than what we experience with our human senses; there is another dimension that lies beyond the material world, a dimension of spirit if you choose that term.

Brio and I connected at the soul level in physical life and in spirit.

I learned that he saw me at that level; he saw beyond my human masks as a driven television producer and committed skeptic about anything unproven by material evidence. There is other evidence to be believed — evidence of what we know in our hearts and intuition. That discovery, given by a great being in the form of a dog, is an incredible gift.

I found and came to know my soul dog. Along the way, I found so much more. Our fellow creatures have so much to offer. My hope is that more and more people start listening to them, really listening.

You may also enjoy reading The Dharma of Dogs | Learning to Love, Lose and Love Again, by Tami Simon 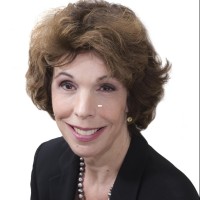 Elena Mannes is a multiple award-winning independent documentary director/writer/producer. But she considers her greatest honor to be the journey she took with the remarkable being, her “soul dog” Brio. Her new book, Soul Dog: A Journey into the Spiritual Life of Animals (Bear & Company, November 2018), explores her relationship with Brio, her adventures with animal communicators and shares scientific research into animal communication. Learn more at souldogbook.com and on her popular Facebook page, The Spiritual Lives of Animals.

Previous Post: « Do You Have the Courage to Choose Kindness?
Next Post: Invest In Yourself With Self Love »