Imagine looking down in a bottomless cenote, an underground lake. You can’t see the edges, you can’t see the bottom, you only see a deep blue/black extending in all directions.

My brother died young. 31. He had a type of heart attack where, basically, his heart just stopped for a moment and then couldn’t restart. He was in the middle of a sentence when it happened, a lightning bolt that forever changed me and my family. No one saw it coming.

My father died at 69, an unexpected, rare cancer. The week before he passed, I knew. I woke up sobbing at least once that week. I was with him for his last breath. My fiancée was pregnant at the time. My father didn’t get to meet my daughter. His last words, “It’s disappointing.”

My step-father died at 68, from a second bout of leukemia, acquired after (what we all thought) was a successful bone marrow transplant. He was a gem of a person, cracking jokes from his hospital bed, even while his body failed. I was with him, too, when his last breath left his body.

My experiences have certainly given me reasons to fear life’s uncertainty. And yet, I also have a powerful ability to live in a different world.

A world of possibility. I am and pretty much always have been, a New Age junkie, eating up axioms and aphorisms and affirmations as if their wisdom would save me from the chaotic and unsafe world that I actually live in.

The question that haunts me: Did the trauma of these losses, my fears of my own mortality, seep into my consciousness and ultimately make my kidneys fail? Or do people sometimes just get sick and I just happened to be one of them?

In Chinese Medicine, the Kidneys are the seat of Fear. The Kidneys are coupled with the Bladder to form the Water Element. This is Chinese medicine’s archetypal image of pure fear.

Katy called on a Friday to tell me that she was ‘signed off.’ The hospital had given her the green light and she had called me early, before they made it official.

It had been a week of growing excitement: first within my tightest circle of family and loved ones and then expanding, the Facebook announcement making it ‘official’ to our wider universe. The word was out and strangers were coming up to me daily to congratulate me. Needing a new kidney in a small town is a public affair, and now, the search was over and we could celebrate.

Katy stepped up to be evaluated for kidney donation after she read my story on social media.

We have been friends for the past 5 years, give or take. We had been neighbors in Greenpoint before my fiancée and I had moved upstate and our lives veered in different directions. We stayed in touch after we both moved on, visiting one another with our growing families. We felt a kinship and a camaraderie, but certainly didn’t foresee this: trading body parts. Now we’re connected for life.

On the phone with Katy and her father, he told me why it made perfect sense to him. “When my daughter was in that car accident ten years ago, and that stranger found her on the side of the road and saved her life, I knew there was a reason. I knew that someday, she would save someone else’s life.”

When I first suspected that there was something wrong with my kidneys, I was on vacation. I had arrived in Tulum, Mexico after a horrendous flight, my body feeling fluey and achy as I soared from New York to Cancun.

We arrived late and had a drive down to Tulum. In the morning, when I woke up, it burned when I peed. That had never happened to me. It was only once, maybe twice, but it just didn’t seem right. When I got back to the states, I knew I should check it out.

I was living in Park Slope, Brooklyn. I recalled a Urology and Dialysis center on Flatbush Avenue. I went in and asked to speak to a doctor. I waited until he could see me.

I had never been in a dialysis center. All of the people hooked up to the machines seemed to me like lumps of unconscious flesh, sleeping the day away. The vibe was frighteningly low, as if I had trespassed in a stranger’s tomb. Depressing, life-sucking, just plain bad.

The doctor took my blood and this eventually lead to my diagnosis: IgA Nephropathy (also known as Berger’s Disease). No one really knew much about it. It could progress and be crippling. It might never progress. Come back every three months and we’ll see.

Almost ten years later, it progressed. That was about two years ago. Eight months ago, I started dialysis.

Jim is my next-door neighbor in Dialysis. We’ve been spending about 14 hours a week sitting three feet away from each other, nodding in and out of sleep, chatting in a kind and light-hearted way. About once a week, we go out for breakfast or lunch, shifting our relationship from mandatory to chosen.

Frank I met this past fall. For some reason, seats in dialysis were shuffled and our chairs were awkwardly close, so we spoke. From his Brooklyn accent I learned that he had been in advertising, Mad Men-style. He had kids and grandkids and great-grandkids that he saw pretty often. His sense of humor was great, his glasses reminded me of Martin Scorsese and I laughed while we spoke. I happen to see him again recently and he had big congratulations for me (he’d heard about my upcoming transplant) and his words felt true and warm and encouraging. Fatherly.

Jon and I only met once in dialysis, with our times switched up for some reason and our chairs serendipitously next to one another. Jon is a retired local sheriff. He made me laugh and relate and expound for most of those four hours. We traded cards at the end of the shift, thinking that one day, we’d get coffee.

Jim, Frank, Jon. Everyone has a story in dialysis. No one planned on being there.

My donor, Katy, came up to visit yesterday with her husband and their son. We live in Woodstock, NY and she lives in Brooklyn. Our kids played, we gave them the tour of the town. Her husband and I had time to talk and bond. Katy and I talked about our families’ varied reactions. We ate fresh ice cream and visited our favorite lake. We took selfies and captured precious moments. They went home around sundown with big hugs and a promise to have an early morning dance party before the surgery.

This morning as I write this, just after dropping my kids at school, I was driving alone and burst into tears, suddenly letting in the relief that a kidney transplant was only a week away. I cried with gratitude for my community of support. I cried for all the years I am going to have with my kids, being that much more of the man I want to be for them. I cried because I suddenly acknowledged that this transplant is actually happening.

Tears, salt, the unknown future. A touch of certainty in an uncertain world. A gift from a woman I barely know, but whose commitment is giving me my life.

In the last six months, I have come to see those relationships with my brother, father, and stepfather, each in a new light. A level of compassion for my brother, who didn’t have the chance to fight for his life, who was yanked away from it all too quickly. A level of understanding with my father, who I resented for so many years, only to ultimately come to love him for what I have now come to see him as: a deeply conflicted man. And a level of appreciation for my stepfather, who I knew as being extroverted, garrulous, and often self-sabotaging, now transformed in my heart into the deeply caring, light-hearted, community-minded soul that he was. Feelings change when you consider your own demise. The dimensionality of each soul cannot be ignored.

I can’t say I have an answer to that question of how this all began, but I will say this: mind or body, whoever is in charge, mortality is a great teacher.

Today, they estimate that there are 80,000 people waiting for kidney transplants. The success rate of kidney transplants (from living donors) is estimated to be about 97%, with the ‘failures’ being a rejection by the recipient’s body, in which case they most often have to return to dialysis. Though there are risks to donors as well, nearly all recover and lead completely healthy lives.

My plea to you: consider it. You may be walking around with the keys to someone else’s life. Keys you didn’t realize you can spare.

Ben Fleisher successfully received a kidney transplant since the publication of this article. He is joyfully recovering in his home in Woodstock. He feels better than he has in years.

For more information about living donors visit www.donatelife.net/ To sign up to be listed as an organ donor on your driver’s license visit dmv.ny.gov/

Ben Fleisher is an Acupuncturist and Zero Balancer, and the Co-Founder of integrative wellness center Woodstock Healing Arts. He lives in Woodstock, NY with his partner and their two young daughters.

You may also enjoy Interview: Marianne Williamson | A Return To Love And Consciousness with Kristen Noel 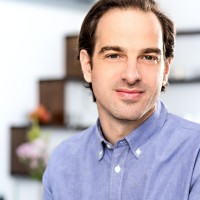 Ben Fleisher is a Licensed Acupuncturist, Certified Zero Balancer, Kresser Institute trained provider and Co-Founder of the integrative wellness center Woodstock Healing Arts. He lives in Woodstock, NY with his partner and their two young daughters.

Previous Post: « Messages Beyond Movement: Partner Yoga For Kids
Next Post: The C4 Way: Empowering Youth To Be Their Best Selves »