Commercial meat production is the largest source of pollution and greenhouse gases on the planet; reducing meat consumption is the only solution.

After becoming curious about the optimal diet for humans in November of 2002, I began to research the topic by ordering everything I could find about it online. Six months later, during Memorial Day weekend after reading some forty books, I experienced what I now describe as my “blinding flash of the obvious” — my simple conclusion that “we’re eating the wrong food!”

During my research, I discovered that not only is our typical western diet or Standard American Diet (SAD) not good for our health — it is wreaking havoc with our environment and is threatening our civilization, not to mention our very future as a species. But, I had to read forty books to come to that conclusion about what I now consider the most important topic in the history of humanity.

Why are our food choices so important? Because, with over seven billion humans, what we eat determines how most of the planet and its finite resources like water, land and energy are used. And, ultimately, how those resources are used determines the long-term viability of the human species.

Consider that on a per calorie basis, the typical western diet requires over ten times as much land, water and energy as a plant-based diet.

That is a huge problem for a number of reasons:

Whether you believe the lower or the higher number regarding climate change, reducing our consumption of animal-based foods is the single most powerful step that we can take to preserve the fragile ecosystem that sustains us. And that is why I am so convinced that this is the most important topic in the history of humanity. So why was it not taught to me in grade school, high school, college and graduate school? Searching for answers to that question has changed my life.

When one stumbles upon the most important topic in the history of humanity, like I did in 2003, it changes your life — and it certainly changed mine. Now, twelve years and 10,000 hours of study later, I have come to this sobering conclusion about our food choices:

Shifting to a whole-food, plant-based diet will do more to ensure the long-term survival of our species than all other possible initiatives combined.

How can I be so sure of that? For starters, scientists agree that we are now approaching a number of critical tipping points (before 2020) when it comes to climate change and other “planetary boundaries” that were featured in a scientific paper earlier this year. From the January 15, 2015, Washington Post:

“At the rate things are going, the Earth in the coming decades could cease to be a ‘safe operating space’ for human beings. That is the conclusion of a new paper published Thursday in the journal Science by 18 researchers trying to gauge the breaking points in the natural world.”

With a global economy based on the maximization of the consumption of STUFF in a world of finite resources, I have concluded that the first three problems will take many decades, if not centuries, to resolve satisfactorily — and we simply don’t have that much time. That leaves only food choices.

Fortunately for us, diet can be changed practically overnight by anyone who is currently eating lots of animal-based foods and decides to make a change.

Let’s re-cap this encouraging news. I’m saying that the primary driver of deforestation, water scarcity, soil erosion, loss of biodiversity AND climate change is one and the same — our love affair with animal-based foods in the developed world. I am also saying that it is possible for us to change those crucial food choices very quickly.

If we can convince the wealthiest two billion humans (who are eating over 60% of the world’s meat, dairy, eggs and fish) to simply replace 75% of those animal-based calories with healthier, plant-based alternatives, we can buy enough time to resolve the other three primary drivers of environmental destruction mentioned above: overpopulation, overconsumption and our dependence on fossil fuels.

What about our health? Don’t we need to eat some animal protein to be healthy? The short answer is NO!

In fact, the whole-food, plant-based diet for humans that can help to save our ecosystem — is the very same dietary style that has been proven to prevent and/or reverse up to 80% of ALL chronic disease, including heart disease, type 2 Diabetes and cancer.

So why haven’t you heard that before? Very likely because of the “protein myth” that has effectively locked the minds of most of the brightest and best-educated scientists, physicians and thought leaders in the world. Believing that we actually “need” to eat animal protein, world-changing ideas like the one described in this piece never even make it to the table for consideration.

Well, it’s high time for this obvious solution to make it to that table. And I believe that we can get it done with the right combination of leadership and funding. We’re definitely not going to get it done from within the “system” anytime soon — the “system” that controls vital information about food and health: the food industry, medicine, academia, pharmaceutical companies, the government and the media.

My proposed solution is a privately led and privately funded, MASSIVE global awareness campaign — aimed at the world’s wealthiest third.

With the right group of internationally respected leaders, backed by a handful of thoughtful, caring billionaires — we can get this done. And we can start moving that ecological needle in the right direction in less than a year after that campaign is launched.

How much will that MASSIVE campaign cost? Ten billion dollars? One hundred billion dollars? The cost is irrelevant. The question is: “How much is sustainability worth to the human race?” I will end with this summary that appears at the top of my website at hpjmh.com — where you can find almost 1,000 pages and articles devoted to this crucially important topic.

Things that we value most — family, health, freedom, happiness, friends, peace and wealth — do not exist without sustainability. In other words, if we don’t quickly learn how to live in harmony with nature, life will be nothing more than a hell on Earth for those few of us who survive.

For helpful tips and recipes for getting started, visit 4leafprogram.com. Also, look for our new book that I am co-authoring with a medical doctor, entitled: 4Leaf Pocket Guide to Vibrant Health. For Ourselves. For Our Planet. (Available on Amazon) 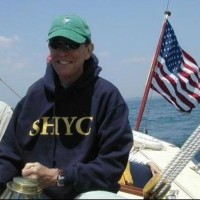 A former strategic management consultant and senior corporate executive with Ralph Lauren in New York, J. Morris Hicks, author of Healthy Eating, Healthy World, has always focused on the "big picture" when analyzing any issue. In 2002, after becoming curious about our "optimal diet," he began a study of what we eat from a global perspective--discovering many startling issues and opportunities along the way. A former officer in the United States Coast Guard, he holds an MBA from the University of Hawaii and a BS in Industrial Engineering from Auburn. In 2009, he earned a certificate in plant-based nutrition from the T. Colin Campbell Center for Nutrition Studies and has been a member of their board of directors since 2012. Having concluded that our food choices hold the key to the sustainability of our civilization, he has made this his #1 priority--exploring all avenues for influencing humans everywhere to move back to the natural plant-based diet for our species.