When I was drinking, I constantly lived my life under alcohol influence. My excessive alcohol consumption negatively affected my brain chemistry which eventually led to anxiety, cognitive impairment, and depression. Even when I thought my drinking was alright, my body was suffering from the negative effects of alcohol — as were my loved ones.

Alcoholism is a chronic brain disorder that affects people physically, emotionally, financially, socially, personally, and behaviorally. Accepting or admitting that you have a drinking problem should be the first step of recovery, but for me, denial was a significant part of my alcoholism. I lived in self-deception which made it hard for me to admit that I had a problem.

My Problem with Alcohol Was Obvious To Others… But Not Me

Most addicts accept that alcohol abuse is a problem that is ruining their lives after they hit rock bottom. What constitutes the lowest point differs for different individuals. For some, this point is when they realize that they are no longer interested in their hobbies. For others, it’s when they find themselves in divorce or legal troubles.

For me, although my friends joked about my drinking, I wondered if they really considered it a problem. I dismissed people that came to me saying that I have a problem with alcohol, because in my perspective, my loved ones were blowing my alcohol consumption out of proportion.

Actually, I was agitated by their sentiments because I felt like they wanted to control me and bring me down.

At some point, my problem with alcohol became obvious to my loved ones, but not to me. I could run out of money, miss friends and family meetings, and even change my priorities when a friend invited me for a drink. Yet, even having serious financial problems didn’t stop me from finding joy by making new friends in the clubs and spending a huge chunk of my earnings on alcohol.

As research points out, poor control of behavior is usually associated with excessive alcohol use. Today, I know that this was the reason I always had conflicts with people that tried to help me see the negative effects alcohol was having on me.

Neglecting My Responsibilities and Self-Care

When I was drinking, I never valued family time. I missed many of my kids’ softball games, but this was not a big deal to me. After all, I told myself, there will be many more to attend in the future. I would hang out at weird hours with new friends, some who didn’t have jobs or the kind of responsibilities I had.

But the fun we had while drinking together made me neglect my own duties.

I used to borrow money from friends and relatives before the next pay day to pay for my alcohol. Sometimes I didn’t have money to pay rent or pay back what I owed others. This went on and strained my relationship with others although I tried to convince myself that many people borrow money that they are unable to pay back, so no big deal.

My loved ones complained about the company I kept and the money I spent, but I usually told them not to choose my friends for me. I still remember the conflict I had with my mother when she suggested that I seek inpatient treatment to get away from my friends. Though she wanted the best for me, I was completely against it.

Alcohol had instilled an addiction mindset in me. This mindset led to an array of excuses and fueled a sense of entitlement in me. I was hurting and in need of justification or redemption, so I kept turning to alcohol — the friend I could always count on. Unfortunately, I only found temporary relief from alcohol.

My addiction snowballed to the point where I was unable to do anything without drinking. Getting out of bed and heading straight to the fridge for a drink became a norm, a habit which got me deeper into trouble.

My loved ones suggested that I seek help at an inpatient or outpatient rehab center, because my alcoholism was manifesting as anxiety, cognitive impairment, and depression. My doctor also warned me that I would develop liver disease if I didn’t quit or reduce my rate of drinking.

My job was also at stake because my boss had already sent me two warning letters about my alcoholism and its effect on my work performance. My relationships with my wife, children, mother, and neighbors were also strained by my drinking and associated behaviors.

It was the combined consequences of all these factors that made me acknowledge my problem with alcohol and my need to do something about it.

But knowing that I had a problem with alcohol and seeking help for it were different things.

Being Honest with Myself

Since I didn’t know the difference between the two, I took time to learn about them. I realized that I had to be honest with myself and others. I had to agree that continued alcohol consumption was detrimental to my health and relationships with others. And because I was unable to quit drinking on my own, I had to accept that I needed to get help at an inpatient or outpatient treatment.

Once I made this decision, I talked to my employer who agreed to let me resume my duties at work after I completed my treatment.

Thanks to the professional assistance I received at rehab, I came to terms with the real effects of my alcoholism. Though it wasn’t easy, I overcame my withdrawal symptoms. I also learned new habits to avoid the temptation of drinking. Today, I’m happy to report that I have lived a sober, responsible, and healthy life for two years.

If you or a loved one struggles with alcohol addiction, please get help. Recovery is possible — but the first, and arguably hardest, step to ending your addiction is admitting that you have a problem.

You may also enjoy reading From Medication to Meditation: A Journey From Depression to Peace by Laura Bishop 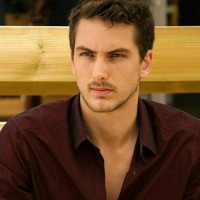 Gordon Goad is a volunteer at an addiction recovery center. He experienced all the struggles of alcoholism himself, but after successful treatment he is able to support those who need psychological guidance during substance abuse rehabilitation.