While all exercise can have beneficial effects for mental health, running is particularly well-suited for improving depression and anxiety

For many people I know, running is meditation. It soothes and calms their mind, keeping themselves focused only on the steps they’re taking and the challenges they’re trying to overcome. Feeling their breath and their muscles and being aware of their bodily sensations and surroundings in a way that puts them in control and keeps them grounded.

This “embodied” feeling is one that is usually long lost in those who are suffering from depression and anxiety.

In some countries, such as the Netherlands, United Kingdom and Australia, exercise is recommended by official guidelines as the first-line treatment for depression, but it’s most often the combination of the right medication, therapy and exercise that gives the most effective and long-lasting results.

Many people coping with depression and anxiety have started running because it simply makes them feel good, and there are a few scientifically proven reasons for this mood-boosting effect.

If you’re dealing with depression or anxiety, you may need a lot of next-Monday decisions to finally get out for a run. It may happen when your meds start kicking in, or you finally decide to say yes to your friend’s insisting to join them on the running track. For some, depression and anxiety bring about other serious health issues too, and the decision to start running may come out of pure determination to survive.

Running is, indeed, a perfect challenge for them to take up, as health benefits are enormous. At the same time, even though it may seem beyond their limits, in the beginning, it can be achievable through a series of everyday efforts.

A brain imaging study performed at the University of Arizona showed a significant difference in the brain activity of serious runners when compared to non-runners. It found that runners showed increased activity at the front of the brain, which is involved in working memory and executing tasks.

In those same runners, they also noticed the decreased activity of the “default mode network” — the part of the brain which is mostly active during our idle moments.

For those who are battling depression, anxiety and other mental health issues, the “default mode” is fertile ground for negative thoughts, rumination and catastrophic thinking.

With a running task ahead of you, you’ll be forced to focus on achieving ‘tiny’ goals, such as following a series of intervals, with a 60-seconds jogging and 90-seconds walking rhythm, to begin with. If you’re not in your best form, you may find it hard to maintain your breath and run for an entire minute, but you can just keep on walking, gathering the strength you need for the next cycle аnd the next session.

You’ll keep getting better day after day, as those extra connections are being formed at the front part of your brain and your constant ruminations and worst-case scenarios are being pushed to the back of your mind.

According to experts, aerobic exercises, such as walking and running, improve your cardiovascular health, and release endorphins, also known as happiness hormones, which can reduce your depression and anxiety. A recent study claims that even 15 minutes of running reduces the chance of major depression for 26%, relieving your symptoms and preventing a relapse.

A 30-minute walk for those who do not exercise, and a 30-minute run for those who do, significantly improves the mood of both groups. Still, the effect is twice stronger for the exercising bunch, as they are able to sustain a higher intensity of exercise.

Aerobic exercises stimulate the brain to produce endorphins, which reduces pain and triggers a positive feeling throughout the body.

Many people dealing with mental health issues find early morning workouts to be most beneficial, as after the run they are ready to start off the day on the right foot, with a more positive approach to routine daily tasks. Running relieves them from the tension and stress, and as they witness the rise of a new day ahead, they can start it with the same determination — to carry on and be persistent.

Running makes the brain produce more serotonin and norepinephrine, neurotransmitters which are targeted by a large number of meds for depression and anxiety. It also stimulates the creation of new neurons in your brain, forming new connections, thus stimulating the hippocampus, and leading to fewer depression symptoms. Some experts believe that running additionally stimulates the endocannabinoid system, binding to the same brain receptors as THC, playing a significant part in achieving the runner’s high, a feeling of euphoria, followed by the reduction of anxiety and pain.

Still, no matter what biochemical processes running sparks, and whether your pills or your desperation got you out to the running track, once you start, it does get easier. Your feet and legs are going to hurt, you’re going to be breathless, and most importantly, you’ll find yourself wondering about the purpose of everything, including this ‘torture’ you decided to put yourself through on a daily basis.

As time goes by, and your body begins to change, your soul will start to change too, and you’ll begin to love that ‘torture’…and yourself, too.

You may also enjoy Morning Yoga & Meditation for Energy, Awareness and Intention by Carter Miles 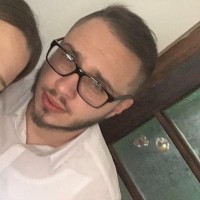 Previous Post: « CBD Oil and Its Effects on Mood, Depression and Anxiety
Next Post: Want to Succeed? Stop Planning to Fail »