On a mission to overcome a deeply-rooted anxiety, one woman learned the power of listening to her body to release fear and embrace love.

I had come for a solitude trip although I wasn’t really trying to get away from anyone. Rather, this one-night trip was to overcome my paralyzing fear of being away from my husband. It would be my first time I was out of town without Don since his heart attack and subsequent bypass surgery. In the two-plus years since, I had been afraid to be more than across town from him. My mind kept reiterating:

What if something happens again and I’m far away?

One day I realized this was a debilitating problem that was holding me back from doing what my true self desired. The time had come for me to face this fear.

It was a mere two-hour drive from our home to the North Carolina coast — far enough to overcome the fear, but close enough to make me not chicken out. I picked the beach because, well, why not also have an enjoyable mini vacation.And it was just that, until the banging on my hotel door started as I was getting ready to tuck myself in.

Being abruptly startled, my heart immediately began to pound — like the pounding on the door. I couldn’t make out what they said. It sounded like my name, but maybe it was just ma’am with some kind of accent. It took me a minute to get to the door because I was in the bathroom. In mid-pee, I heard my door attempting to be opened. I yelled from the toilet, “Yes?! Just a minute!” Without flushing, I scurried to the door and looked through the peep hole. I saw two men.

One asked, “Is your dead bolt on?”

Okay, so I was completely freaked out at this point. This is not normal hotel procedure, right? Why would they need to know if my deadbolt was on? Other than the first reason that popped into my head which was to break into my room and do who knows what. Did I mention my heart was pounding? It was beating through my chest and the excessive thumping was extending into my abdomen and ribcage. Flight or fight response, in action.

“Yes, the dead bolt is on,” I answered. And in my head I was saying: And there’s no way in hell I’m taking it off no matter what you tell me.

I usually follow rules and do what most people ask of me. Thank God, literally, I had the sense not to in this case. They mumbled something and walked off. With my heart racing uncontrollably, I dialed ‘0’ on the room telephone.

“Two guys just knocked on my door and asked if the deadbolt was on,” I said. Silence from the other end. “Umm, do you know anything about this? Are they hotel employees? What’s going on?”I could faintly hear the front desk employee talking to someone next to her.“Yea, maintenance was checking a door. They had the wrong door,” she finally responded. Then dead quiet. “Okayyyy. So you’re sure they were hotel employees?” “Yes, ma’am,” suddenly sounding professional. Silence again.

With her nonchalant manner I started thinking I might be making too much of this. They were just maintenance workers who had the wrong door and who pounded hard and tried to open my door without telling me who they were.

“Well, it really scared me,” I said, trying (unsuccessfully) to convey my degree of terror.

“Come down in the morning and I’ll give you a voucher for breakfast,” she replied. Baffled by that, I simply said, “Okay.”

But breakfast was a long time away when I still felt my heart pumping with every microsecond. I paced and jogged in place, trying to burn off my adrenaline. I talked myself down and believed I was not in any danger. Logically I knew that, but my body was still pumping away, now more so out of anger than feeling endangered.

So I sat down and journaled my rage.

This was supposed to be my nice, relaxing, triumphant trip. Now I have to deal with this and I can’t calm down! My heart feels like it is going to beat out of my chest and it isn’t slowing down. I might need to go to the ER!

How ironic. I came here to show myself that I am not afraid of something happening with Don’s heart and my heart is the one giving me concern. This can’t be a coincidence.I prayed and asked for Divine Guidance. After several long, slow hours, the insights finally came.

If you just go around blaming others, it’s too easy to get caught up in victim mentality. No growth or happiness there.

As I began the journey of loving this problem of my heart pounding uncontrollably hard, I focused on how it was leading me to healing a bigger issue.

I asked repeatedly: What is the issue?

In the dark night, hearing the waves crashing with the sliding glass door open, I breathed deeply; I meditated; I doodled angel wings. All the while, pondering how it was no accident that I was having a heart issue on this trip to overcome my fears about Don’s heart ailments.

Then, out of nowhere, the realization instantly came to me that I was angry with Don’s parents for the role they played in his illness. His dad for his genes passed to Don (his dad died early of a heart attack) and his mom’s dysfunctional love (without going into a whole psych analysis I’ll just say Don had some love issues that largely came from his mother).

I realized I had anger in my heart. God, I’m sorry for judging them and harboring these ugly emotions. Please, please forgive me. I asked God to clean out my negative emotions regarding them. Filled with gratitude and relief, I thanked God for helping me see my part and learn from this. It was 4:30 a.m. I fell asleep without another thought.

I awoke a mere couple of hours later, in time to see a magnificent sunrise over the ocean. My body felt relatively normal, except for feeling like it had been through a trauma that needed a releasing cry and a day of actual relaxation and self-nurturing at home. In the meantime, I realized that not only had I learned and personally grown from Don’s trauma two years ago, but that I was still evolving and gaining valuable insights about myself.

It reminded me that challenges can be growth opportunities.

Also, it clarified that when I’m having any kind of physical ailment, to look within and see how I am not loving; how negativity, fear, or judgment are dominating my perspective. Ultimately, our bodies are giving us messages about how we are out of balance, off-center, in fear, and not focused on love. If we ask God for answers and remain open, we will receive divine guidance.

Upon checkout, I received a sincere apology and half of the room rate was refunded. That was nice, but my insights were priceless.

You may also enjoy reading Our Best Self in the Face of Fear and Failure, by Sheila Ferguson. 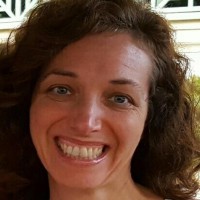 Karen has a master’s degree in sociology and became a reiki master in 2008. She is the author of the blog, Keys to Joy and the book, Trail to My True Self.

Previous Post: « 4 Ways to Turn a Bad Morning into a Fabulous Day
Next Post: How Practicing Personal Growth Can Make You a Better Leader »