Are you at peace with your backstory? Can sharing a traumatic memory publicly help you to heal? How can you revisit a pivotal moment from your past without reopening an old wound or reigniting an old pain?

On July 2nd, as I sat in a podcast studio, listening to the host introduce her next guest — an author who had faced more than her fair share of adversity – I suddenly realized the significance of the date on the calendar, and the magnitude of what Ihad endured sunk in.

Eleven years earlier, almost to the hour, I had watched my first husband take his last breath as he had a stroke whilst in bed besides me. Three years after that, on this date, I’d married my second husband — a kind and gentle man who, sadly, became an accessory to my grief until our marriage quickly ended.

Now, here I was sharing my story on a date that became a milestone: the day I went from a caregiver to a widow when, three weeks after our wedding, my husband died of malignant melanoma which had spread to his liver, lungs, pancreas and brain.

I was 23-years-old at the time with the life experiences and battle scars of someone much older. I’d already experienced anorexia and co-cared for my father who was paralyzed from cancer when I was a teenager.

Several weeks before he died, my husband insisted I made a promise. He wanted me to tell our story. “But tell it honestly,” he said, “Don’t worry about what our friends think or what our families think. You need to tell our truth – for people to learn from it.”

And, that is the moment I became an adversity storyteller.

Over the next decade, as a journalist and ghost-writer, I’ve interviewed hundreds of people across the world who’d overcome incredible challenges, from 9/11 rescue workers to tsunami survivors and people who faced heartbreak, breakdowns, bereavement and the smaller disappointments that can bring us to our knees.

I wanted to discover the secret to overcoming the worse experiences of your lives whilst still hoping for the best afterwards.

I also hoped that, within the words of these survivors, I could find the right way to share my own backstory — and begin to feel less desolate and alone.If you’ve faced trauma of any kind, it can distort how you communicate — with friends, with lovers, with your family and with strangers. At different periods of my life I have been described as shy, quiet, reclusive, loud, noisy, and an attention seeker. I have spilled all to strangers and conversely shut off my loved ones.

I worked with my life coach for almost a year before I casually mentioned my late husband and witnessed the subsequent shock on her face. It might sound like a contradiction — and it is — but I have danced between oversharing and crippling shyness.

We are living in an age where we have hundreds of people in our virtual social circle. Yet it feels like an increasing number of people are struggling to talk to each other on a genuine level.

We are virtually connected, but increasingly alone.

We can also be prone to exaggeration, filtering our lives so they catch the attention of others. Or, we downplay our dark days because we fear that people will judge us, think we are weak, a complainer or somehow flawed.

There are certain struggles that are seen as ‘trendy’ and, therefore, okay to Tweet about: new motherhood, Monday blues, trying to ‘have it all’ as a woman, and workplace burnout.

But what if you don’t fit into these adversity categories?

At the age of 23, I published my first book, Wife Interrupted, about the unorthodox way I dealt with young widowhood — by becoming promiscuous. This year, at the age of 33, I released a follow-up, The World is a Nice Place: How to Overcome Adversity Joyfully.

For over ten years, I’ve been interviewing ‘empowered survivors’ about the coping mechanisms that allowed them to overcome the worst experiences of their lives, whilst still hoping for the best.

My greatest lesson? Despite the divisiveness produced by the candor of my first book — I was dubbed the ‘scarlet widow’ by a newspaper and my first husband’s family disowned me — I believe, more than ever, that storytelling is key to healing, both for the teller and the person who absorbs their memory.

And you don’t need to be an author to join the movement.

We are all storytellers to some degree. Every social media caption, every biography, every blog post and every conversation we have in a coffee shop is an opportunity to share our story, in a way that heals us or triggers us.

We live in an age where everybody has a ‘brand’ — but how does a past tragedy, misfortune or difficult patch fit into that public image?

If there’s a rough patch in your past, should you share it, and if so, to whom, how and when? These are the questions we need to constantly ask ourselves as survivors.

How people tell their own stories is an intimate experience and something as small as a replaced word or misplaced question mark can change the entire feeling of a story — and how that person feels about themselves.

Years ago, I interviewed Maggie Cino, senior producer of the storytelling platform The Moth. “Our goal is to help people find that memory,” said Maggie. “The memory that is so true and so heartfelt, that it really burns them to speak. We want to create a place where it feels scary, but also safe to share it.”

I once interviewed a 28-year-old woman who told her parents she had HIV by text message. I wrote about the rise of #divorceselfies — women who take photos of themselves holding their divorce papers outside their divorce hearing. I’ve interviewed women who blogged about their miscarriages, breakups and suicide attempts.

All of these women chose to share their stories in different ways, and you may or may not agree with their choice of medium, but none of them regretted their decision to be open. In fact, many of them found courage, peace and acceptance.

When you find a way to tell your story authentically it doesn’t just help you, but also the people around you.

But there are rules that I follow when I share my story, and other peoples’. With every sentence, ask yourself: Is this 100% true and is it 100% necessary? Are you exaggerating or downplaying a memory and do you really believe that sharing it can benefit you or another person?

Also, is the timing right? At the start of the year, I dissuaded a friend from live-blogging about her IVF (In vitro fertilization)journey. Instead, I told her to journal about her experience and allow herself time and space before she shared. Six months later, she published an article titled, Why I chose not to fix my infertility — a very different outcome than she expected at the onset.

These days, our lives have never had more options — how we work, how we live, who we love, how we react and how we recover. Decades ago, as a 23-year-old widow, I would have been relegated to a life of mourning. Today, I am happily married (for the third time!) with a growing family.

After my first child was born, a video of our ‘joyful birth’ went viral with over 80,000 hits on Facebook in 48 hours. The footage showed my husband and I laughing, dancing and having fun — during labor.

To me, this is what storytelling is all about — giving people a choice about how they react to the most challenges situations of their lives. With fear and pain or hope and joy.

I’m not saying you should greet every new person with your name, age, number of sexual partners and a timeline of your past traumas. However, to form lasting relationships, platonic or otherwise, it’s important to be open to sharing your story, when the time feels right.

My dad has taught me the most about how to own your story, without letting it own you. Now that he’s in remission from Hodgkins Lymphoma he doesn’t often talk about his cancer; but when he does it’s with a purpose, usually to help someone else in a similar situation.

Whenever he talks about being paralyzed, he discusses it in the third person (‘the legs wouldn’t work’ rather than ‘my legs wouldn’t work’). I think that allows him to share his worst memories while keeping them at a distance, so he can feel in control of them.

Since my first book was released, I have learnt to listen to my instincts. If your stomach twists in knots as you write a social media caption, then delete it. Wait a day — or even an hour — before sharing a story you typed through tears. With practice, you will find the sweet spot between radical honesty and self-censorship, where storytelling no longer takes courage.

When I was writing The World is a Nice Place, there was one chapter I added at the last minute titled, ‘What’s the Soul-ution?’ I knew this chapter — about the past life regression which helped me to overcome my anorexia — would be controversial and could invite skepticism.

However, the month before I sent my book to the publisher, I met a couple at a barbecue whose daughter had died of an eating disorder. They wanted to know what ‘saved’ me. For them, for every grief-stricken parent like them, and for the wounded girl I once was — I couldn’t erase such an important part of my backstory.

You may also enjoy reading My Lovely Wife In the Psych Ward: A Love Story by Kristen Noel 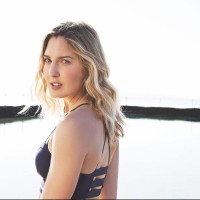 Amy Molloy is a journalist, editor and Hay House author who produces uplifting content for global publishers, including her sell-out book, The World is a Nice Place: How to Overcome Adversity, Joyfully. She also runs online workshops on storytelling for healing. Learn more at amymolloy.me

Previous Post: « Helping People Grieve: How to Speak About Pregnancy Loss
Next Post: Clean2Antarctica: Exploring the circular economy from waste to resource »