We tend to interpret new information as reinforcement for old beliefs; learn to see and release your confirmation biases to open your mind & shift your life

Where do your beliefs and opinions come from?

If you’re like most people, you truly believe that your convictions are rational, logical, and impartial — the byproduct of years of experience and objective analysis of available information. In reality, all of us are subject to a human tendency known as ‘confirmation bias’.

Confirmation bias is the propensity seek out and interpret new information as a confirmation of one’s existing beliefs or theories.

In other words, we subconsciously search for evidence that supports our inherent beliefs and eliminate evidence that might prove our beliefs wrong.

Why do we allow this to happen? Well, the human brain is trying to protect us; more specifically, it is trying to protect our ego. It feels great to be right; it makes us feel confirmed, confident, and in control. But if left unexamined, confirmation bias can often hinder us and negatively affect our decision-making process.

We are constantly trying to prove that what we believe is true. If you believe that you are not smart enough, that you don’t do well in job interviews, that you cannot lose weight, or [insert your own limiting self-belief], you will look at your life and find lots of evidence for that belief to be true. But that doesn’t make it true; that just makes it a confirmation bias that you have been constantly searching to prove true.

This tendency is why two people can see different realities based on the same set of facts.

For example, a person who had a traumatic childhood can see herself as a survivor who is strong and perseveres. Another person with the same experience can identify as a victim who people are out to get, and thus feels disempowered in life.

A big part of my coaching practice is helping clients question their current belief systems. I encourage them to be willing to see themselves as being wrong, even though it may feel terrible in the moment, so that they can enjoy the long-term benefit of having changed a long-held belief.

Those that have never examined what they believe are often unaware of the recurring thoughts that are driving their confirmation bias.

They just think that’s the way the world is, or at least the way they are. But once they see that what they have been thinking and proving true to themselves their whole lives is not necessarily the truth, they can learn to let go of the limiting beliefs that are truly not helping them.

That sounds simple enough, but the difficulty with confirmation bias is that facts alone don’t change our beliefs. We may believe something so deeply that facts to the contrary do not necessarily change our mind about it. Even where there is plenty of evidence to prove that our belief is wrong, our brain has a tendency to dismiss it as an exception. We resist changing our beliefs because often that requires changing our identity, which we naturally resist.

The only way to change a belief is a conscious decision to do so. However, reinterpreting reality is exhausting. Changing our beliefs requires a lot of energy and discomfort. This is true even when we want more than anything to change our current reality.

If we don’t question what we believe, we become prisoners of our assumptions.

To overcome your own confirmation biases, start by asking yourself if you are willing to be wrong about something. Are you willing to let go of certain ingrained (and unhealthy) thoughts about yourself? Are you ready to change your mindset from “I can’t do this” to “There is a possibility I can do this”?

For instance, changing your belief system from “I will always be overweight” to “There is a possibility I can lose weight,” seems easy enough, but even when you know that a new belief is so much better, it doesn’t mean your brain will automatically make the switch. Why? Because your brain sees the new belief as a threat to all of the knowledge it has already accumulated and proven true… even if the belief feels terrible and hurts.

When you accept that the brain feels threatened when certainty is questioned, you can understand that you would rather be right and in pain than wrong and vulnerable. This realization opens the door to having compassion for yourself when you are trying to change.

Every day you go out in the world looking for evidence to prove that what you believe is true.

If you want to change, you need to understand our propensity into confirmation bias and put effort into changing your default thinking.

Yes — your new focused thinking will take more work and you will initially most likely try to resist it. But eventually, your deliberate thoughts will become your new belief system. That’s when your confirmation bias can work to your advantage as your brain looks for evidence to confirm beliefs that are serving you and helping you improve your life, as opposed to holding you back.

You may also enjoy reading The Resistance Paradox: The Courage to be Comfortable with Discomfort by Sylvia Puentes 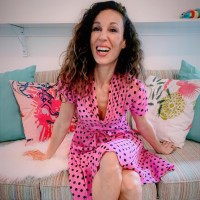 Monica started her career as a Securities Litigation attorney and subsequently transitioned into HR leadership with 18+ years of experience for large international organizations, including Google, Clifford Chance and others. She is now a Business and Life Coach based in Austin, TX. Learn more at www.monicalevicoaching.com