From as early as I can remember, I was extremely psychic and “plugged into” the spiritual side. But, unlike most children who gradually lose this ability with time, my connection and psychic skills grew in strength with every passing year. Growing up this way was scary and confusing, and I have spent my entire life learning to come to terms with this and live peacefully.

I have always been able to ‘see inside people’. When I looked at someone, I could see around and within them a permanent glow: an aura made up of a conglomeration of colors, shapes, and swirls. This internal glow also varied in size and stature: Some people’s inner glow was dull, while others were luminous, like a high-wattage light bulb.

I could also see a person’s struggles. I could see their challenges. People’s inner glows contained “little movies,” and when I watched these little movies that were floating around inside their aura, I could see what upset them and what was causing them pain.

This was something, I quickly learned, that was not always a blessing.

One evening when I was eight, my father’s friend came over for dinner, and I noticed he wasn’t behaving the way he usually did. My sister and I usually loved to watch the way he devoured his meal, stuffing large portions of chicken and bread into his mouth at a rapid pace, while talking incessantly and slurping his coke (I always wondered why he didn’t get in trouble for talking with his mouth full and making a mess).

But on this evening, he was subdued. He was quiet and picking at his food and moving it around his plate. I looked into his aura and saw he was thinking about a petite, dark-haired woman. I could also see that he was going to visit her after this dinner, and that he wanted to go now and be with her.

I was confused. In Sunday school I’d learned that we’re only supposed to be with the person we’re married to. God said it should be like this, but this woman wasn’t his wife. His wife was tall and blonde-haired, and she laughed a lot. She would talk to us and play with us after church.

So I asked him, “Who is the small, dark-haired woman that you’re going to visit after this dinner?”

His head flung toward me like a gun being fired, and he stammered, “Wh… wh… what did you say?”

“Who is the small, dark-haired woman you’re going to see after your dinner?”

He stared at me for a long time and then his eyes hardened and turned to slits. He leaned across the table, sticking his big face into mine and yelled, “You should mind your own business, you creepy kid!” Grabbing his keys and wallet, he stormed out of the house, leaving me shaken and ashamed in my chair.

After that event, I tried to stop voicing what I saw inside people, but it didn’t always work.

Sometimes it just slipped out, and sometimes I thought everyone knew it too and it was okay to talk about it.

When I was 12, I asked my teacher if she’d recovered from morning sickness. She had been away for some weeks, and on the day she returned I asked her in class if she was feeling better now.

In a little movie in her aura I could see her sick in bed with nausea. I also saw her holding her tummy, which had a tiny baby in it. My sister, Rebekah, had been born when I was 10, and I remembered the way mum couldn’t get out of bed in the morning and how terribly sick she had been. Mum had called this terrible sickness ”morning sickness.”

I really liked my teacher and I was worried about her, so I asked, “Have you recovered from morning sickness yet?”

She froze, her face turning white with shock. She simply stared at me, blinking and swallowing and not saying anything. After the longest time, she pointed a long finger toward me and said in a low and menacing voice, “You are a gossip and a liar, Belinda Davidson, and you aren’t to be trusted.”

She then sent me out of the room, and I spent the morning crouched and crying against a brick wall wondering what I’d done wrong.

Growing up psychic wasn’t only the problem I had — I was also born with the ability to see and communicate with ghosts and spirits, know intuitively what people were thinking and feeling, and ”take on” people’s negative feelings and illnesses.

When I was a child, I didn’t know I was born an empath, a psychic, a ghost whisperer, a medium or a healer.

I didn’t know what these things were, or how to cope with the sensitivities of these abilities. I only knew that what was happening to me was scary, and that when I tried to tell other people about it, they simply told me I was weird and not to talk about it.

But when I was 19, my life changed forever when my deceased grandmother appeared to me.

Unbeknownst to any of us, my grandmother’s son (my uncle) wanted to commit suicide. In fact, it was on the very day my grandmother appeared to me that he had planned to end his life. She told me to contact him, and this saved his life!

This experience changed me. It was the first time I’d experienced ”light” in what I could do and see. After years of struggling with my powers, and being punished for talking about what I could see, I’d finally done something right!

Shortly after this, the universe blessed me with a succession of events that helped me embrace my inner light and life purpose even more. I was being led to the right experiences to help me accept who I was. And one of those places was a remote aboriginal community in the Australian desert.

My father was working as a doctor in remote parts of Australia and one day asked me to visit and assist him. I spent my days helping him in the clinic, and it was there that I also experienced firsthand the psychic and telepathic abilities that can be found among Australian aborigines — something they are quite open to and accepting of. Seeing this and being a part of it was just what I needed to finally feel inspired and encouraged to dig deep into myself and get to know the extent of my ”psychic-ness.“

So over the coming years, I spent hours and hours meditating and connecting with my higher purpose.

I asked myself over and over why I had been given these gifts, and what I was to do with them.

I often felt overwhelmed by their power, but I knew, deep down, there was a reason I was so different from everyone else, and there was a divine purpose to this gift.

Shortly after this, I began working as a medical intuitive, and within a very short space of time many people from many countries were consulting with me, wanting to know what was wrong with them so that they could heal their lives.

Within only a few years of my grandmother’s message from the grave, I was using my psychic, empath, healing, and ghost-whispering abilities to help people, and my clinic and business as a medical intuitive and healer flourished.

I had embraced my dark, and it lead me to my inner light… and nowadays, I wake every morning knowing I’m doing what my soul wants me to do!

You may also enjoy reading Where Did You Go? A Conversation on Connecting with the Dead by Bridgitte Jackson-Buckley 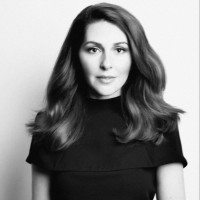 Belinda Davidson is a well-known medical intuitive, spiritual mentor, author, and speaker. She is the founder of The School of the Modern Mystic, a world-class online teaching facility dedicated to helping people become intuitive, create an exceptional life, and discover their purpose. She is also a mentor, and her clients include celebrities, doctors, and business leaders. Belinda is described as a spiritual change agent and a thought leader and visionary for her generation. But she feels most comfortable being called a modern mystic because she is “a modern-day woman with one foot in this world and one foot in the other.” Website | Facebook | Instagram

Previous Post: « Recipe: Minted Garbanzo Bean Quinoa Salad
Next Post: Office Break: 7 Minute Yoga You Can Do at Your Desk »