The women I admired rarely fit into society’s standards of beauty. But they did have 1 thing in common: no apologies for who they really were.

Like most women I know, I spent the entirety of my teens and early twenties thinking that being beautiful meant fitting in. That, to be attractive, I had to look, dress, and behave a certain way.

At the time, the rules of what was considered pretty were determined by invisible forces and communicated through mass media (which I consumed almost religiously).

But then, my perception of beauty started to change. The more I read, learned, and experienced, the more I understood that the women I admired and wanted to be like weren’t pop stars or supermodels. In fact, they rarely fit into society’s ever-changing standards of beauty. But, they did have one thing in common: zero apologies for who they really were.

Of course, the path from realizing that what I found to be beauty was individuality and confidence to the point of allowing myself to be unapologetically me didn’t happen overnight. Instead, it was a bumpy road of self-discovery, self-acceptance, and self-love.

Not that long ago, I was surprised to learn that having a negative self-image wasn’t as uncommon as I had previously thought.

According to the Mental Health Foundation, one in five UK adults have felt shame because of their body image in the past year, 34% felt down or low, and a staggering 19% felt disgusted. And the situation is even worse among teens. What is more, the organization’s research found that social media use was directly connected to low self-esteem. (And our social media usage is increasing by the year, I’m afraid.)

But if we give it a good hard think, it does make sense.

For one, most of us tend to internalize messages served by different sociocultural channels. Secondly, we often allow them to alter our core values. Finally, and perhaps most worryingly, we regularly give these negative (learned) ideas the power to direct our self-worth.

But the thing is, body image issues are not the only way in which people underestimate their worth. While some of us feel insecure about the way we look, others struggle with celebrating their achievements, the state of their finances, or feeling like an imposter in social situations.

Letting  go of a negative self-image is not as easy as it sounds. It takes time and hard work, and more often than not, a bit of outside help.

What It Takes to Build Confidence

For me, building up confidence didn’t happen overnight. In fact, it’s still an ongoing process with ups and downs that sometimes depend on me and other times on factors I can’t control.

Like everyone else, I have my good days. At these times, I’m bold enough to wear a scarlet shade of lipstick in the middle of the day. Or upload a shameless selfie to Instagram. Sometimes, I’m even confident enough to (*gasp*) say NO to my intimidating mother-in-law.

But then, there are times when I just want to disappear and be invisible. Days when I believe I’m not doing enough to be a perfect mom (do those even exist?). Or when I’m insecure about wearing a fitted outfit to yoga class, or when I feel like I need to explain why I quit my corporate job to pursue writing.

And on those days, I really need all the help I can get.

Coming Up With a Confidence-Boosting Routine That Works

Over the last decade, I came to learn that my confidence levels often depend on my current mental state.

I could say there’s no stopping me when I’m in a good place. But, when things get out of control, well, that’s when my feelings of inadequacy begin to surface.

So, understanding how my emotional wellbeing directly impacts my self-image, I decided to come up with a routine that would allow me to achieve a sort of equilibrium.

For the most part, it depends on small acts of self-love.

There are many different things that make me feel great in my own skin. These include hot lavender-scented baths. Giving myself a relaxing facial. Going on an occasional night out with my friends (in pre-pandemic times). Or treating myself to a new book.

But sometimes, they’re not enough. Sometimes, the only things that really help include self-reflection, meditation, and therapy. And I guess that’s not too surprising.

Really though, the best way to approach and heal a negative self-image is to slow down and stop listening to that nagging little voice we all harbor. You know, the one telling us we’re not good, beautiful, accomplished, or talented enough to go after our dreams.

You see, we all need the occasional reminder that the little negative voice in our heads isn’t exactly objective. More often than not, it’s 100% wrong.

An Exercise in Self-Love

A great piece of advice I once read was to never treat ourselves in a way we wouldn’t treat our best friend.

Imagine a situation when someone you care about came to you for help.

For example, if a friend thought they weren’t qualified enough to apply for their dream job or were scared about asking out someone they really liked.

What would you do? Would you tell them they were absolutely right, thinking they were worthless and that they should just give up before even giving things a go? Or would you point out all their strong points and encourage them to go after their dreams?

Yeah, I was certain it would have been the second option.

But now, think about applying that same I-believe-in-you approach to yourself.

How often do you say to yourself, “Girl, you’re a catch, that person would be lucky to date you,” or list all the things you’re great at, which would make any employer lucky to have you on their team? My guess is — not nearly enough.

So, next time you feel like who you are is insufficient, try this approach. Because, trust me, who you are is far from lacking. And the sooner you realize it, the quicker you can go on to conquer the world with your awesomeness.

You may also enjoy reading Metta Meditation: Put a Little Self Love in Your Heart by Ruth Jewett 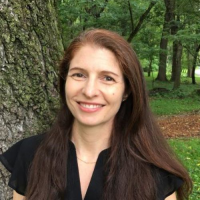 Holly Schaeffer is a long-time writer focusing on health, lifestyle, and home improvement. Originally from New Jersey, she moved to California to pursue a degree in creative writing. She now spends her days split between writing and raising her two young sons. Follow her on Twitter @HollySchaeffe12

Previous Post: « Data Breaches and Mental Health: A New Wave of Anxiety
Next Post: Redefining Fitness and Community in a Post-Covid World »