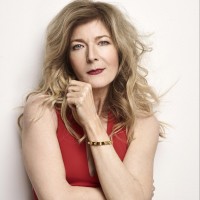 Untangling web of family secrets, lies and Vatican ties, a woman discovers a path to freedom through truth and transparency