Six steps that leaders can practice to make for a more accountable and more productive work-team.

Every leader has a dream day scenario of the office. You know the one. You step through the doors of your building at 7:01 a.m. and your team is already there. Every member. And they aren’t just present — they have their heads down and their gears grinding. You take a few more steps, cringing in anticipation of the barrage of “help me fix this” and “you’re just in time” that you are usually greeted with. Instead, on this perfect day you simply get a few “hellos.” You’re pleased to discover that waiting for you on your desk are the reports that aren’t due until 10:00 a.m.

Today — your dream day — everyone on the team is 100% accountable.

Employees meet deadlines, middle management successfully juggles their responsibilities, and at the end of this glorious day no one is frustrated with anyone else for forgetting to turn something in. No one drops the ball. The company behaves like the well-oiled machine that you always imagined it would be.

Reality looks different, sometimes way different. Disagreements happen. Drama ignites over at the water cooler. Team members take too long for lunch. People show up late and forget to turn in their work. They act, well, like humans.

Accountability can be so tricky to integrate into company culture. It’s such an easy concept to understand, yet paradoxically difficult to implement. You ask your employees to be more accountable, and then nothing. You send out memos, set up meetings, you even try a company picnic. No results.

Why is accountability so finnicky?

The first hard truth about accountability is that it’s a trait an individual chooses to demonstrate.

Hear that? Chooses to demonstrate. Every day every member of the team (including leadership) wakes up and has to choose to act responsibly. It’s not something that leadership can coerce or bully their team into — at least not with lasting results.

The second hard truth is that accountability isn’t easy to quantify or evaluate.

Leadership can predict an increase or decrease in sales or profits through numbers and figures, but when accountability decreases, leadership is usually blindsided by a disaster, finding out in hindsight that a lack of accountability was to blame. Furthermore, because leadership rarely hears the whole story, they hardly ever have a clue as to who is or isn’t being accountable at any given moment. That’s what makes accountability so valuable to an organization and what makes it so challenging to inspire in others. That’s also why it’s been a bestselling topic for the last half-century.

When a leader addresses problems head on, as soon as they arise, they can stop the issue from snowballing out of control. An issue is so much easier to fix in the beginning, before it becomes far reaching and complicated and before it has the potential to devastate the company. The head on approach has the added benefit of encouraging others in the team to do the same. Just make sure that you address the problem calmly and carefully because you don’t want to add fuel to the fire.

2. Focus on the work

Blame-shifting and finger-pointing destroy accountability. When the conversation is focused on ‘whodunit,’ the team starts working to absolve themselves of any wrong doing instead of focusing on how to get back on track. A good leader teaches their team how to improve in the future as opposed to teaching them how to throw colleagues under the bus.

It may take some time and practice to get to the point where you can call out excuses. It can take years to craft a culture where team members feel comfortable enough to give and receive critique without taking it too personally. Keep in mind, delivery is everything, so keep it impersonal and all about the work. You can say something like: “That doesn’t sound like a solution to our problem, what is a solution?” When you get it right, calling out excuses creates an environment where excuses aren’t given a platform. “I turned this in late because I’m having car problems” transforms into “I turned this in late and I’ll do better next time.” That’s an accountable attitude.

I know what you’re thinking: “Forgiveness? How can letting my team off the hook improve accountability?” Here’s the deal. I’m not advocating that leadership let things slide in order to increase personal accountability. What I am advocating is letting the incident go once you’ve addressed it in order to allow your team to move forward. If they are still walking on eggshells months after a mistake was made, then they are distracted by past incidents instead of focused on the future. The best way to move your team through a lapse in judgement is to first adhere to items 1-4 on this list — and then forgive that person (even if that person is you). If you fail to let things go and move on you could end up losing valuable people.

6. Document results of success and failure

What worked and what did not? Ask every member of the group how the project could have gone better, and then really listen to their ideas. When something goes poorly, make a note of it so the team can avoid falling into the same trap over and over again. When something goes well, make sure you’re quick to say so. The more you talk about how things are working, the quicker the group will adopt the approach.

You may also enjoy reading Followship: The Surprising Secret to High Impact Leadership by Fateme Banishoeib 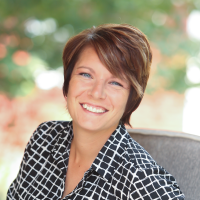 Meg Manke, MSSL, Senior Partner at Rose Group Int’l, is a culture and leadership expert with years of experience leading companies large and small through transition. Drawing from her background in organizational psychology and mastery of leadership concepts, her ability to recognize opportunity in weakness and present a strategic solution is unprecedented in today's business world. Partnering with Dr. Rachel MK Headley at Rose Group Int'l, they developed their proprietary iX leadership framework which allows business leaders to solve problems within their teams, address generational issues, manage big changes, and accomplish their most ambitious goals. For more information about Meg’s book, iX Leadership: Create High-Five Cultures and Guide Transformation, click here. For more information about Rose Group Int’l, please visit rosegroupintl.com. Connect with Meg @meg_manke on Twitter and on LinkedIn