I learned today that in 1917 the novelist E.M. Forster was in Egypt for the first time. As a conscientious objector in World War I, Forster served as a Chief Searcher (for missing servicemen) for the British Red Cross in Alexandria, Egypt. Fate kept making him look for what was missing. It was during this time that Forster, who was openly gay, fell deeply in love with an Egyptian tram driver, Mohammed el-Adl, an affair that changed his life.

Eventually, Forster had to return to England, but the two men kept a faithful correspondence, even after Mohammed married. Their love sustained, despite being inter-racial and gay and despite living a continent away. When Mohammed died in 1922 from tuberculosis, his wife, whose name is impossible to find, sent her husband’s wedding ring to Forster. It is this deeply tender gesture from a woman whose name I’ll never know that stopped me, that made me want to know the center of this love: the love between the two men, the love between Mohammed and his wife, and the love of this woman for her husband’s lover.

What deeply human pain and release allowed her to be so giving in a time of such grief?

This is the wisdom I want to learn. This is the story I want to piece together from the smattering of affections found like feathers in the rain.

In the center of our pain and beyond what we can comprehend is a release that heals, when we can endure the pain and give over to its release.

I felt this pain and release during my struggle with cancer when I was young. I felt this pain and release during the dissolution of my second marriage when I had to leave in order to live the life I was given back. I felt it when my father, staring into Eternity, held my hand before his death. And now, across the years and miles, I feel it in the small drop of Mohammed’s ring into an envelope that his tender wife sealed and sent to England.

It’s all we can hope for, really, to hold each other through the storm and share what’s left.

You may also enjoy reading Living What Matters: Reflections, Prose and 52 Prompts for Self-Inquiry, by Mark Nepo. 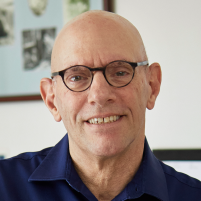 With over a million copies sold, Mark Nepo has moved and inspired readers and seekers all over the world with his #1 New York Times bestseller The Book of Awakening. Beloved as a poet, teacher, storyteller and bestselling author, he has published twenty-three books and recorded fifteen audio projects. His newest book is Surviving Storms: Finding the Strength to Meet Adversity (2022). Other works include The Book of Soul and Drinking from the River of Light. For info on his courses, retreats and books, please visit: marknepo.com, threeintentions.com and Live.MarkNepo.com for info on his upcoming webinars.

Previous Post: « Bravery: An Invitation of Becoming, Loving & Healing
Next Post: Kids in the Kitchen: The Benefits of Cooking with Children »