The author discovers the prescience — and virtual reality — of her dreams as she witnesses them appear in her awakened life.

Where was I, and how did I get here? Squinting into the kind eyes of a paramedic, I rubbed my throbbing head in silence. Turning my gaze, I glanced out the rear window of the ambulance, and saw a wrecked car teetering awkwardly against the sidewalk. That’s when my breath caught, my hand stopped in mid-air and I stared, stunned.

Because three days before, I had dreamed that exact image: the view of the red car, windshield smashed in a series of rippling circles like a stone dropped into water, facing wrong-side-out toward oncoming traffic. Waking up frightened, I had told my mother about the dream, with no idea that it was soon to come terribly true.

Thankfully no one was hurt. But when I heard details of the accident, especially what happened in the seconds right before the collision, I was astounded by the realization that this precognitive dream might have saved my life.

Rushing and late for high school, we had chiseled frost off only a small patch of the driver’s side windshield, leaving the rest of the windows coated in a mixture of snow and ice, affording little visibility.

The last thing I remembered was hurtling towards an intersection.

Apparently, as we entered the intersection, I had inexplicably jumped from the passenger seat right into the driver’s lap. Then, in the next instant, we were struck sidelong and sent into a spin, ending with the car smashed against the opposite curb. The passenger side was crushed on impact.

With our windows covered in snow, I could not have seen the other car lunging towards us. How had I known to jump out of danger? Did it have something to do with the dream three days before? Had my unconscious mind recognized the scenario, thrusting me clear of the blow?

Many people describe déjà vu events: The strong sensation of having experienced or seen something before, when an odd current of recognition momentarily floods in. Having experienced this on a number of occasions, I have, a few times, been able to trace the phenomenon back to a dream.

In my twenties, on a solo trip to the outskirts of London, I came upon a scene that was eerily familiar. Passing through the gates of a country home, my skin began to tingle as I cast my gaze to the right and left recognizing the rolling terrain, the landscape with the sleepy pond spanned by a short stone bridge. I knew this place — but I couldn’t know this place. I had never been here before. As if I had momentarily peaked through into an alternate universe, my senses woke up, taking in the cool breeze, the cackle of geese, the strange stillness of the afternoon air.

All at once, I realized that I had seen all of this in a recent dream.

Returning home to the United States a week later, poring over my journals, I had discovered the recorded snippet: A misty day, long open stretches of parkland, a fragrant stillness in the air, a quaint bridge, the placid peace of the little lake. Laying a hand on the open page, staring off into space, I had been filled with more questions than answers.

What do I make of these occurrences? Where do they come from? Are we tapping into some reservoir containing the experiences of a lifetime, each event emitting some resonance that our psyches decipher?

Going back to the image of a stone thrown in water, I wonder whether each event of our lives is like a pebble plunked into the waters of perception, sending ripples in all directions — into the future, into the past, and resonating in the present as well. Is time really fluid and multidimensional, rather than linear, as we tend to believe? And why do we perceive some experiences barreling down the pike towards us, through dreams or déjà vu, and not others?

Mesmerized by these questions, I often end in the same place I began: in a state of wonder. Gazing out at an incomprehensible world, I am bewitched by the mystery, and heartened by the unaccountable caresses and nudges of psychic experience that seem to intone, Stay open, stay curious, and trust that there is more here than you could ever imagine. 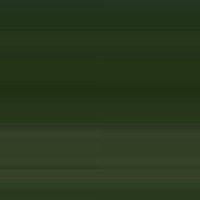 Nancy Raines holds a Masters in Divinity from Harvard University, and worked as a hospital and hospice chaplain. A channel for Spirit Guides, she provides individual and group sessions, and blogs for Patheos.com. Check out her Website.