Three years ago, on the eve of my birthday, I was awoken in the middle of the night by my former spouse.

He had burst into my daughter’s bedroom where I had been seeking refuge from our divorcing situation. He was heavily intoxicated as he engaged in a terrifying tirade towards me — including threatening to violently harm me physically. When the police eventually came, during the questioning, my former spouse stated that he had engaged in a brief, polite interaction with me and then had been woken up by the arrival of the officers.

These kinds of interactions were no stranger in our marriage. Within the first month of our living together, my former spouse — in an argument — threatened to kill my dog. There was explosive anger: fists into walls — furniture hacked to bits. There were ugly cruel words towards me. There were countless times that I got out of cars. There was drinking. This was not all the time, by any means. But it was enough to keep you on guard.

There were many times that I wanted to call the police, but as a stay-at-home mother with no income of my own at the time, I was worried about what would happen to our family.

This was not everything of course.  There was at times camaraderie between he and me. There was a mutual love for our children. He could be very funny. There were kindnesses. “I want you to have your wedding exactly as you want it,” he once said to me. I came to him many times with pain about my family. And he was often there for me. He listened to me.

And on my side, I am sure that I was troublesome to him, too. I am certain that there is much that he could write about me.

But three years ago, on that night the police were called, there were two adult male family members staying in our house who did not defend me or reproach my former spouse. The next day — my birthday — I was making breakfast for my children when my former spouse walked into the kitchen. I was so terrified that I spilled grease from the stove onto my leg, receiving a burn down my calf; a scar that remains today.

The depression I felt on that day and for months afterwards was thick and unrelenting. It was the maelstrom of all of it — the lack of help, the lying, the absence of recourse or protection from the threat of violence. It was the suppression of myself — the palpable sense that I did not matter and my safety did not matter. It was also the dearth of integrity of the entire situation — the vacancy of truth. This all combined into a depression that left me wanting to jump out of my life. Ironically, my spouse attempted to use this depression against me later on in court regarding our children’s custody.

Where do I land today with all of this? I have learned to tell the truth.

How can we ever shift these ways of being unless we shine the light of truth upon them?

I know this is true, but there is a part of me that is scared to tell this story, worried about injuring my former spouse here — about him being judged and totalized. There is also a part of me that worries about what others might think of me sharing something so personal. For these reasons, over the past two years, I have remained silent.

On my birthday this year, however, I woke up knowing that I needed to tell this story. In part because for the three years that I have been silent about this night, it has felt like I have left a part of me back in that scene: paralyzed, frozen, and alone.

The truth is that back then, three years ago, we were both suffering. We were facing the end of our marriage, separation from our children, financial challenges, and logistical ordeals. I believe my former spouse did not know what to do with these feelings, so he turned to alcohol to try to escape from his emotions.

My former spouse is a member of Western male culture which includes discourses, particularly for his generation, of shame regarding feelings and the expression of particular feelings. There are pervasive examples in this culture — in movies, video games, and so forth — of physical violence as an expression of anger.

This man is not the originator of these discourses and practices that were present in many of his interactions with me; he had been acculturated into these ways of being.

Three years ago, we were both living in an extremely stressful situation. Nearly everyone around us (family members and friends and our attorneys) adopted the mainstream divorce ‘battle’ mentality, pitting us against each other. Sadly, it was just “business as usual” for both of us. Even as our own worlds were shattering around us, we both had to continue going to work, taking care of children, and running a household. There was little space for any type of processing or healing of our profound wounds.

This does not condone what he did, but it helps to put into context what happened. In my doctoral psychotherapy education, the most profound question in my training was:

How does this individual’s behavior make sense, given his context?

Letting go of ideas of right or wrong, it makes sense to me that my former spouse — in his desperation, in his not knowing how to process his feelings, in his examples from his culture, within the system of making me the enemy — would lash out at me. It also makes sense to me that he did not express the truth of his actions that night to the police, given how punitive our society can be and since his livelihood could have been on the line.

Violence is never justifiable or acceptable. But I am sharing all this as an opening up of what we both experienced, including the truth that my former spouse also suffered.

Over the past three years, I tried on many occasions to talk to him about what happened that night. But I did so largely from a place of anger, of being ‘right’, of wanting him to own what he did and apologize to me. More recently, I have talked to him about how difficult it must have been for him back then. How his whole world was falling apart. How he did not grow up learning how to process his anger.

But I will not remain in the shadows of silence any longer.

This is the birthday gift I give to myself. By jumping out of my comfort zone here, I may be sharing too much, or maybe too little. I may not have shown enough compassion towards my former spouse or towards myself. But I am telling this story because I want to say something rather than nothing. I am trusting in the power of the truth here. How else can there be any healing?

That peace can grow — through truth.

You may also enjoy reading Forgiveness: The Path to Embracing My Lion Heart by Laura Bishop 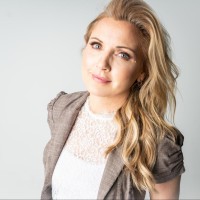 Tassel Shanebrook, Ph.D., holds a doctorate degree in psychotherapy and focuses her work on self-sovereignty. She runs workshops on topics such as inner truth, self-love, and life purpose. "You are your own hero!" Learn more at drtassel.com.

Previous Post: « 5 World Destinations for Exploring Mindfulness, Meditation and Nature
Next Post: The Resistance Paradox: The Courage to be Comfortable with Discomfort »