After years struggling with the pain and suffering of Lyme Disease, a family finds relief and remission by traveling to Germany for alternative photon treatments.

I was convinced my oldest daughter had a brain tumor.

She was only eight when the headaches started. Our pediatrician was casual about the situation, implying her headaches may have been stress-induced. “How’s everything on the home front?”  I assured him everything was fine at home. He stated the headaches would go away on their own.

We searched for answers from one doctor to the next. I quit my job as a Medical Social Worker to focus on medical appointments and headache research. My daughter was evaluated at UCSF by the Director of Pediatric Neurology when she was finally given a diagnosis: Chronic Headache Syndrome. Thanks for nothing.

Meanwhile, I was diagnosed with Chronic Fatigue Syndrome. I began seeing an acupuncturist to be proactive about my diagnosis. She referred me to a doctor who, after months of tests and biweekly appointments, diagnosed me with Lyme Disease. I was thrilled. At least we knew what we were dealing with.

Little did I know how life altering Lyme would be.

As my health deteriorated, my daughter’s headaches persisted. She was tested numerous times for Mono due to her constant flu-like symptoms. I realized my younger daughter was sick more than usual, so I asked my new Lyme-literate doctor if my girls might have Lyme. He informed me that I could have passed the Lyme to them during pregnancy.

I sobbed the entire drive home.

I immediately had both girls tested and they were diagnosed with Lyme. We spent the following eight years on antibiotics. All three of us were on IV antibiotics with a PICC line, a surgically placed catheter, in our arms for one to three years. At times, we were connected to an IV drip for five hours a day. We had joint pain, brain fog, memory loss, word-finding difficulty, as well as GI side effects from the antibiotics.

Some days, getting dressed was more of a chore than I could handle.

During the worst of those years I needed 15 hours of sleep a day just to function. My osteopath recently told me that I looked like a chemo patient during that time.

The girls missed a lot of school, their standardized test scores declined, and getting homework done was slow. Instead of playing soccer, my younger daughter and I binge-watched the Gilmore Girls. She went to prom sporting the PICC line. My oldest daughter mentally and physically crashed after graduating from college.  She had pushed her way through school and was now too sick to support herself, so she moved home.

Seven and a half years after initiating treatment and thinking, “This is what the rest of my life will look like…” I glanced over at another patient in the IV room. We exchanged a knowing look.

She told me about Dr. Ingo Woitzel who had achieved amazing results treating Lyme patients with a photon machine.

I went home filled with hope and enthusiasm. My husband and I discussed the possibility of going to Germany. He said simply, “Do the research and if it looks good, go for it.” I spoke to patients who had been treated by Dr. Woitzel. I learned that although photon treatments were done in the US, they were not FDA approved and the practitioners that were doing the treatments didn’t have the success that Dr. Woitzel did.

Since insurance typically only covers a few weeks of antibiotics, we were paying out of pocket for our expensive IV medications, as well as all the other alternative treatments that we had tried, so the cost of the clinic was about the same as what we were already paying, with no results. The apartment that the clinic recommended was inexpensive, and we had the frequent flyer miles to get us there. I contacted Dr. Woitzel’s office by email and made the decision to go.

But the timing wasn’t good to leave the country. My mother had advanced Parkinson’s Disease, my brother had stage 4 brain cancer and was declining rapidly, my father was about to start radiation for Prostate Cancer, and my mother-in-law with Alzheimer’s had just experienced a major stroke. I wrestled with leaving my extended family, but I booked our flights to Germany.

My younger daughter was in college and doing well. She opted not to go.

Within a couple of months, my older daughter and I were off to Dr. Woitzel in search of a cure, or more realistically: remission.

We had traveled and lived abroad before, so we weren’t intimidated by going to Germany for treatment. However, not speaking the language and interacting in a medical setting proved challenging at times.

The first clinic day we waited two hours to see Dr. Woitzel. But once we met him, we knew we had come to the right place. He was caring, confident and very thorough with his evaluation. We started a three-week long treatment of Photon Therapy. Clinic days consisted of consultations with the doctor, testing, chiropractic manipulation, infrared photon treatments, and IV therapy for detoxification. It was grueling, up to eleven hours by the time we got back to the apartment. Whoever felt the least train-wrecked would drive back to our apartment, where we would concoct a simple dinner.

There were times we felt so sick after the treatments we could barely move, let alone talk. At one point, my daughter said it even hurt to blink. We were grateful to have each other. We ended up being at the clinic four days per week instead of the anticipated two and racked up numerous parking tickets, since we couldn’t read the street signs.

We took road trips to Heidelberg and Strausberg on non-clinic days. Driving through the picturesque countryside was amazing. We could walk out the door of our apartment and wander the many scenic trails in the Black Forest. Despite the pain and fatigue during these ventures, we enjoyed ourselves.

When our final clinic day arrived, we waited for our test results. Dr. Woitzel announced that we were Lyme free! When we returned to the apartment complex, some of the other patients we bonded with wanted to celebrate. We were a bit reluctant because we didn’t feel any different.

The trip to Germany was arduous. My daughter and I were totally dependent on each other for everything — an experience I would never wish on any mother/daughter relationship. But we are closer now because of it.

We returned to the U.S. hopeful, yet skeptical, but after a few months, our energy increased. One day I even realized I didn’t need to nap!

My daughter and I returned to the clinic one year later. I relapsed after the trauma of my mother and brother dying within five weeks of each other, and my mother-in-law had passed five months prior to that. Dr. Woitzel was able to put the Lyme into remission with one treatment. My daughter sought help for her continued headaches, with no success. I have experienced persistent joint pain and recently had a total hip replacement. We continue to search for a treatment for my daughter’s chronic pain which the doctors believe was exacerbated by our history of Lyme.

In hindsight, I would have gone to Germany eight years earlier. Although I no longer believe in a cure, I do believe in full remission and I am no longer afraid of my Lyme. I am familiar with alternative treatments and I know that Dr. Woitzel is only a plane ride away. Also, while spending numerous hours on IV therapy, I began making hand-stitched rag dolls to pass the time. The result was the creation of my business, TEEsox by Teri.

It has been four years since our first treatment by Dr. Woitzel. My older daughter now lives in Berlin and started a boutique textile business. My younger daughter is in her second year of graduate school. I own a small business and write children’s picture books. Instead of taking instructions from my Lyme doctor, I take orders from my competitive rowing coach!

You may also enjoy reading Healing vs. Cured: Living with Illness, by Sharon Coyle-Saeed. 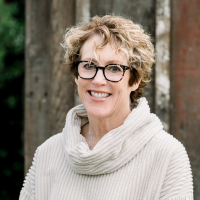 Teri Roche Drobnick is a Clinical Social Worker by training. Currently she has a boutique business creating rag dolls out of reclaimed clothing and writes children's picture books. Learn more at: teesox.com and teridrobnick.com

Previous Post: « Beyond Addiction: How Drug Abuse Affects Those Around You
Next Post: Family and Career: 4 Tips for Finding A Balance That Works For You »