From addict, drug smuggler and prison inmate to social entrepreneur and revered meditation teacher — one man frees himself from emotional handcuffs

Here’s a sobering story. In 1985, I was sentenced to 25 years without parole for drug trafficking. My life as I knew it was over. I was 35 years old, well-educated, with talent and potential, and I had completely torched my life — burned it to the ground. My nine-year-old son would now grow up without a father. As I considered what lay ahead, I made a crystal-clear, radical commitment — to eradicate all negativity from my life and somehow use my education and talents to accomplish something of value during my time in maximum security prison, something that might allow my son to hold his head up and be proud of his dad. I couldn’t change the fact that I was in prison, but I could choose how I spent my time there, and I was determined to lead a life of service from that point forward.

My philosophy of Radical Responsibility involves voluntarily embracing 100% responsibility or ownership for each and every circumstance we face in life, day in and day out.

This has nothing to do with self-blame, nor with heroically taking on a burden of some kind. Rather, it’s a radical act of self-empowerment, choosing to focus our available time and energy where we actually have influence — with ourselves and our choices. We can do this with self-empathy and self-compassion. Radical Responsibility has nothing to do with blame; it’s not about blaming ourselves or others. It’s about realizing that our destiny is not determined by our circumstances, but by our response to those circumstances (even prison).

A big part of my Radical Responsibility work involves psychologist Stephen Karpman’s Drama Triangle concept. The Drama Triangle is fueled by fear and survival-based psychology and behaviors — by blame, shame, resentment, and self-justification. By owning our roles in drama, we can get off the Drama Triangle and make healthier, more empowered and empowering choices. In drama, we have no choice. We are trapped in a vortex of negativity.

GETTING OFF THE DRAMA TRIANGLE

Getting unhooked from whatever dramas you have created, landed in, been sucked into, or simply stumbled upon will profoundly change your life for the better. There are several interrelated pieces to the Radical Responsibility path, but this is one of the most important ones. Here are six steps that will get you unhooked from just about any Drama Triangle you create or discover.

Step 1: Recognize that You Are On a Drama Triangle

Recognizing that you are on a Drama Triangle is probably the most difficult step of all. Most of the time, we don’t recognize the Drama Triangle for what it is. We become entangled in the story and we blame the situation and our feelings on others and disown our own role in creating or perpetuating the drama.

This is where your mindfulness practice plays a key role.

Whenever you are able to recognize yourself getting hooked on the Drama Triangle, the next step is to stop and simply resist the urge to continue.

If you are triggered, your primary job is to self-regulate and not make the situation any worse.

Until you’re able to do this, you’ll be under the spell that projects a previous experience of feeling threatened or unsafe onto the landscape of the present. It’s critical to recognize the drama for what it is and refuse to act until you’re able to release yourself sufficiently from its grip. That can be difficult, so it helps to make a conscious commitment to not act when triggered.

Before doing anything else, you need to address any kind of heightened or upregulated physiological and emotional state you’re experiencing. So the next step is to state shift — to consciously release yourself from the grip of the fight-or-flight response and regain access to the rational decision-making capacity of your brain.

There are all sorts of self-regulation techniques that can help. For some of us, going out for a walk by ourselves, listening to soothing music, or reading our favorite book can be the solution. For others, putting on some upbeat music and dancing works. It helps to try different techniques and notice which ones work best for you. I sometimes count to ten while taking deep breaths.

Step 4: Own Your Feelings

This is one of the most critical junctures in your path off the Drama Triangle.

For example, instead of “You always do this to me — how dare you!” you communicate with a sense of ownership: “I’m feeling angry and confused right now.”

In the process of identifying and owning your feelings — especially strong emotions such as anger — you can sometimes get hooked back into the Drama Triangle with thoughts that assign blame for your feelings on others. Try not to get sidetracked like this. It’s actually possible to recognize that while your emotions may in some way be tied to external events or the actions of others, they are nonetheless your feelings, regardless of their origin.

Step 5: Identify Your Needs and Communicate them Clearly

We need to understand the source of our feelings and the relationship between feelings and needs. Even if we don’t want to admit it, most of us are fairly convinced that our feelings are caused by external circumstances or the actions of others. To understand the relationship, let’s unpack it. Firstly, what do we mean by needs? We all have needs such as food, warmth, and shelter. But what other universal needs do we all share? Love? Respect? Trusting relationships? Autonomy? Self-worth? The list goes on and on.

Our perceptions are not purely objective assessments of reality. We notice the things that have importance to us, assign them meaning and preference, and tend to ignore what doesn’t seem to pertain to our lives. As human beings, we are meaning-making machines — we constantly add meaning to everything we perceive, externally and internally, through our senses.

However, we all have the bad habit from time to time of blaming other people for our feelings and demanding that others meet a particular need of ours. When we stop this behavior we might actually be able to communicate our needs to them in a less charged way and make the meeting of that particular need more likely.

Step 6: Make a Boundary When Necessary

Sometimes our best efforts to tactfully or peacefully extricate ourselves from the Drama Triangle may not be enough. Sometimes we need to make a boundary and communicate it as clearly as we can to others.

Boundaries are fairly simple in principle: they’re all about knowing when to say yes and when to say no, both to ourselves and others.

We all know people who have poor boundaries. Typically their lives are full of chaos, drama, and a lot of relational pain. If we’re really honest with ourselves, we might see places or times in our own lives in which our own boundaries could use some work. Boundary issues are fairly common. Perhaps one or both of our parents or other caregivers failed to model good boundaries, or maybe they were overly invasive or too protective, making it difficult for us to establish a clear sense of self. Having some insight as to the source of our boundary issues may be helpful — especially if the dynamic is still playing out with our parents. But it doesn’t actually help all that much to blame our parents or anyone else for our condition. As adults the most important thing is to focus on developing good boundaries now.

During my years in prison, there were potentially dangerous dramas waiting around every corner. A lack of mindfulness and awareness would get me into trouble quickly. By observing the environment and the interaction of my fellow prisoners carefully, I learned that carrying myself too passively or timidly would attract predators, but walking around too aggressively or belligerently would attract challengers. By having very clear boundaries and mindfully paying attention to the world around me, I managed to avoid 99 percent of the daily drama and insanity of prison life.

Okay, now that you’ve learned the steps to free yourself from the toxicity and suffering of the Drama Triangle, you’re well on your way to discovering a newfound personal freedom. But wouldn’t it be great to also know how to stay away from drama in the first place?

Drama hooks are everywhere. Some are meant for you, some for your spouse or partner, and some are just for me. It’s important to be actively acknowledging them for what they actually are — a one-way ticket for another spin on the dreaded Drama Triangle.

Even with the best intentions, we all get hooked now and then.

And please trust me when I say, no matter what ‘prison’ you may currently be living within — know that you are not alone in this human experience — and at any given moment you can choose to unlearn the fear-based patterns that hold you back so that you can move from victim to co-creator — and reclaim true self-agency and freedom. I know it’s possible. I see you. I walk aside you. Choose to take Radical Responsibility. It is the key to unlock your emotional handcuffs. 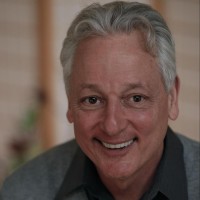 Fleet Maull, PhD, CMT-P, is the founder of Prison Dharma Network, Peacemaker Institute, and National Prison Hospice Association and author of Radical Responsibility. A senior teacher in the Zen and Tibetan meditation traditions, Maull is also an executive coach, social entrepreneur, and creator of the Radical Responsibility® philosophy and program. Learn more at fleetmaull.com

Previous Post: « Blender Tips: Getting the Most from Your Smoothies
Next Post: Emeralds of Wisdom: Life Lessons From The Wizard of Oz »