A widow rediscovers hope, purpose and her true self

Norman and I were married in 2004 in Italy surrounded by family and friends who traveled 2,000 miles to celebrate the occasion. The mountains of Ravello, the winding roads along the coast, and the White Cathedral in the square combined to make the Amalfi Coast a magical spot to celebrate our love.

In 2007, my husband and I felt like the luckiest people in the world. We had just purchased our dream home, a two-bedroom apartment on the Upper West Side of Manhattan, and we were expecting our first child in February 2008. As soon as we learned we were going to have a boy, we began to prepare our home to welcome him, and started calling him William Louis in honor of our fathers.

Norman seemed to experience the pregnancy with me; friends joked that Norm and I were so connected that he was carrying a baby with me, experiencing all the joy and sympathy pains as we anticipated William’s arrival. But when I was told on December 19th that I needed an emergency C-section, William Louis was born two months early at 2 pounds 14 ounces. Small, but breathing on his own, he was placed in neonatal intensive care (NICU) for monitoring. That’s when Norman and I began to learn all we could about caring for a premature baby.

William was released from the NICU on January 18th, 2008. My husband and I were thrilled and terrified to bring him home. At four pounds, he looked so tiny in the car seat, fragile and vulnerable. But once we got home and put him in his bassinet, we believed our grand luck was beginning again.

We had everything we had ever wanted.

We introduced William to Canyon, our 7-year-old Ridgeback/Pitbull rescue dog who we had treated as our first child for years. Canyon immediately became William’s big brother and protector. When William cried, Canyon came to get us — and William cried a lot when he came home. Accustomed to the bright lights, continued beeping, and scrupulous care of the NICU, William did not take well to any slight change in his routine. We made many calls to the nurse hotline those first few weeks.

As William became more comfortable in his surroundings, I realized Norman’s sympathy pains had continued despite giving birth. With the help of Norman’s sister, Penny, I forced him to visit a gastrointestinal doctor. On January 25th, when William was 1-month old, we learned that Norman had tumors in his liver, kidney, and spleen. Further testing revealed it was cancer. Norman immediately began a regime of chemotherapy, drug treatment, and radiation.

I found myself shuttling back and forth between Sloan Kettering where Norman received chemotherapy, and home where I continued William’s regimented NICO schedule of nursing every three hours, plus maintaining Canyon’s daily walk schedule. While nursing William and walking Canyon, I listened to Lance Armstrong’s book, It’s Not About the Bike, which helped me gain insight on how to win the fight against cancer. As a team, we signed up with Livestrong and proudly wore our bright yellow bracelets determined to stand strong and win this battle. Even the baby had the tiniest t-shirt and Canyon had a bright yellow Livestrong collar.

The doctors were encouraging and predicted that Norman would live for 15 more years. I was certain that if we followed the doctors’ orders and refused to give up, with our luck and love we would beat this disease. We began to believe we were recovering from a second tragedy during our marriage and look upon this time of our life as something that made us stronger. But by March, Norman began to get weaker. First, he needed to lean on me to help him walk, then he used a cane, and finally the nurse pleaded with me to accept a wheelchair to bring him back and forth to Sloan Kettering.  She explained that he needed it to help him get better. I reluctantly complied, despite beleiveing that if I pushed harder and harder and ignored the signs of deterioration that we would win.

I ignored Canyon’s signs when he smelled Norman and scurried away to the corner whining. I told Norman he was crazy when he noticed Canyon’s behavior because I wasn’t ready to give up.  At our next visit, we learned what Canyon smelled: The chemotherapy and drug treatments were not working. Norman began to deteriorate more rapidly, and my moods shifted from blind optimism to fear to guarding Norman as best I could. I refused to sign the DNR even though I knew it was what Norman wanted. I thought that by sheer will I could eradicate the cancer — but, I couldn’t. On March 25th, 2008, Norman and I lost our battle with cancer.

I was a new mom who had become a new widow.

In those early days I felt utterly detached, filled with deep sadness and disbelief. I returned to work from my maternity leave in July 2008. I was thankful to be working because it gave me a routine and a time to think about something other than my situation, but as I walked to the subway every morning, I felt separated from the world. No one, I imagined, could understood the depth of my pain. Life felt impossible to manage — emotionally, physically, and financially. I was spent.

The first challenge to face was hearing the baby’s cries at night. I had lost my hearing in my 20s;  unable to wear my hearing aids while sleeping, I could not hear the William’s cries at night. Just as Canyon understood Norman’s illness, he now understood my need for help and was happy to expand his big brother role by jumping on the bed and licking my face to wake me every time William cried.

The second challenge was finding parts of my former self. Prior to Norman’s death, I was physically fit, loving the outdoors, exercising and meditating every night before going to bed. But when I tried to meditate now, I quickly fell asleep, exhausted from the day. Also, I couldn’t jog or bike without a partner to care for William. The path back to my old self seemed insurmountable, but I started by putting one foot in front of the other, mentally and physically. I began walking every morning in New York City’s Central Park, my oasis in the middle of the city. The baby was small enough to be carried in a Baby Bjorn, and Canyon was well trained and could walk off leash beside us. I was in the present moment here, fully immersed in the beauty of the water and trees contrasted against the back drop of big buildings reaching for the sky. I mindfully walked myself back amongst the living.

The more I began to put the pieces back together, the more I realized the long road ahead of me. It finally dawned on me that it took years to build my life with my husband and it would take years to rebuild my life alone. I began to seek support from widows, realizing that the best help came from other women who had gone through the same process. They got it that grief is not a disease that you ‘get over’.

Widows understand that emotional sadness is a large part of the loss of a spouse.

They also understand that the complicated jumble of decisions and changes needed to create a new normal can take years.

In 2009 — 1 year after the death of my husband — a friend (and widow) and I started The W Connection, Widows Helping Widows Rebuild Their Lives. As The W Connection grew from one chapter on the UWS to two chapters in NYC and Philadelphia, I began to realize the power of this community as well as the need for this community. Today, The W Connection is a national organization with nine local chapters in the United States, and more to come. I am now the Executive Director and I facilitate our local UWS Chapter in NYC.

Even after nine years, I still find the meetings a powerful way to learn how to navigate my own journey. I keep moving forward, and I keep striving to live a meaningful and mindful life.

The W Connection has helped thousands of widows rebuild their lives by getting them connected, encouraged and giving them the tools they need to become empowered to live a full life again. Learn more at  widowsconnection.org/

You may also enjoy reading Healing From Grief | 5 Tips to Help, by Kathe Crawford 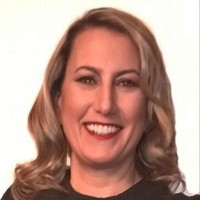 Dawn Nargi is the co-founder and Executive Director of The W Connection. As a Life Coach and Mindfulness Teacher, Dawn has helped hundreds of people live the life they imagined. Dawn’s unique coaching method and strong visionary skills can help you unlock your vision to live your dreams.  www.mindfulpracticalliving.com