Understanding Mercury retrograde — the myths, the truths and what it means for you

Every human being comes with an operating manual, though we may not realize it. That manual is an astrology chart, which is a geometric map of the planetary influences above your head when you were born. Those influences tell an astrologer how you’re wired. A good astrologer is simply reading that map and helping you understand what direction to go so your life flows more easily. Astrology is not fortune telling. It is simply a navigational tool to help us better understand our personal wiring systems.

Like most people, when I first visited an astrologer at 19, I thought I was seeing a stargazer who was going to predict my future. I was terrified that my life was predetermined and that I would hear my fate and have to deal with it — good or bad. The astrologer set me straight pretty quickly. She explained that there were paths I was more inclined to take, but that the shape of my life to come hinged on my choices. She told me that it was all about where I put my focus.

“The stars do not compel, they impel,” she said, as she laid out two scenarios for my future:

That one ninety-minute session changed my life. Though I had never been encouraged as a writer and artist, I knew in my heart she was right. She said, “You are getting a very late start, but you must immediately find teachers who can help you develop your creative talent.” I immediately set out to do so and went on to build a career as an artist and a writer, fueled by the faith in myself I discovered in that session with the astrologer.

From that day forward, I became obsessed with studying astrology. I felt as if the astrologer had x-ray vision and could see inside my soul. I needed to know what she knew. Now, after studying astrology for more than thirty years, I have come to believe it is one of the most profound gifts available to human beings, and yet few understand what astrology is.

The current trend of being fearful of Mercury Retrograde is a sad example of the kind of misinformation that surrounds astrology.

When Mercury goes retrograde, the planet Mercury appears to be moving backwards in the sky, but it is not really doing that. It is merely an optical illusion. This happens four times a year, for about a three week period. Because Mercury rules communication, day-to-day expression, thought processes, and thus the coordination involved in those functions (i.e. making plans requires coordinating various forms of communication), many people believe that during Mercury retrograde everything goes wonky, from travel problems to miscommunications.

It is an opportunity to be more reflective and focus on allowing things to happen as they will, rather than trying to force issues or push ahead.

When setting out to write my first book on astrology, I told my publisher that I wanted to create something that would help people find peace. I envisioned a book that would make astrology understandable and user friendly. People are used to looking up the horoscopes for their Sun Signs. Very few people know their Mercury sign, however. The irony is that your Mercury sign is a far better indicator for how you’ll get along with other people and interact with the world, since Mercury signs describe the ways a person thinks and communicates.

I believe communication is the foundation of all relationships. I wanted to create a guidebook to help individuals understand their communication styles and the styles of the people in their lives, as a tool for better creating better relationships. If you are having difficulty with a boss, a sister, or your partner, it may likely be simply because your meeting of the minds is not that easy. And guess what, it is not anyone’s fault! The trick to a better relationship is developing a compassionate awareness of the differences and not taking anything personally. With awareness comes peace.

I have always been somewhat fascinated by astrology, identified myself by my sign and alas, been somewhat sheepish of Mercury retrograde. I was thrilled to come in contact with Leslie’s new book, The Power of Mercury. Not only did it debunk some myths — it became a great go-to, conversationalist piece. Find out if you were born during Mercury retrograde, like me (and Leslie), and what that means. 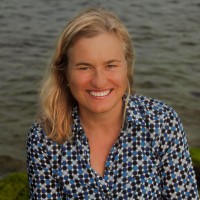 Writer and Illustrator of Children's Picture Books, Astrologer, TED speaker on Creative Thinking, and Author of THE POWER OF MERCURY. LeslieMcGuirk.com