Transcendental Meditation is a powerful tool that allows your mind to move toward bliss, pure consciousness, creativity and intelligence

How do we meditate? My mind is so active, isn’t it very difficult to make the mind quiet?

This is a common question. The answer is: Meditation is not difficult to practice. It is a very simple, natural and effortless process. Everyone has the ability to meditate and experience the benefits such as more skill in action, broader comprehension, and the ability to focus more sharply, improved health and more fulfilling relationships.

The idea that meditation is difficult stems from the notion that it involves controlling the restless mind by forcing the mind to focus on a particular point of attention. The mind is often compared to a monkey, jumping from branch to branch of a tree. Because the mind wanders from thought to thought, the assumption is that it is the nature of the mind to wander and therefore the mind must be controlled. But this is a misconception.

The TM technique uses this natural tendency of the mind to go to a field of greater happiness in order to effortlessly enable the mind to experience pure consciousness, the source of unlimited bliss, creativity and intelligence.

To elaborate on this theme, consider this example. If you are reading a book, and in the next room, you hear your favorite song on the radio, your attention will naturally shift from the book to the sound of the song. This shift of attention from a field of lesser charm to a field of greater charm happens automatically.

It does not require any effort for the mind to shift its focus to the song because it is the natural tendency of the mind to move to a field of greater happiness.

In the case of a monkey jumping from branch to branch of a tree, initially we may infer that the monkey is jumping about aimlessly, but if we observe closely, we will see that the monkey is actually searching for food. There is a purpose behind its movements. Until the food to satisfy its hunger is found, it will continue to jump from tree to tree. But once the monkey finds the fruit, it will sit on the branch and begin to enjoy it.

The mind is always thirsting for more happiness and more fulfilment in life. People believe that the mind cannot remain steady on any particular point for a long time, thus they assume that they will not be able to meditate. But it is not the mind that is at fault; the real issue is that the point of focus is not sufficiently pleasing to capture the attention for any length of time. The transitory joys of the ever-changing material world cannot satisfy the inner thirst of the mind for undying happiness.

Maharishi explains this in more detail by stating:

“Nothing in the field of gross creation is so joyful that it will satisfy for all time the mind’s thirst for happiness.

“Experience shows that the subtle things of creation are far more charming than the gross, so if the attention can be led to the subtle fields of creation and if these can be experienced by the mind, they will naturally attract it by being more charming than the gross strata of creation. When the attention is led from the gross to progressively subtler strata of creation, the mind will find increased charm at every step. By transcending all the relative states of creation and reaching transcendental bliss consciousness, the mind will find that greatest joy, eternal absolute bliss.”

The process of transcending is simple, natural and effortless. In fact, trying is totally prohibited in TM. When you learn the TM technique, you are given a personal mantra and taught how to use it properly. The mantra comes from the Vedic tradition of knowledge. Unless you know how to use the mantra properly, it cannot yield the maximum benefit.

The mantra serves as a vehicle for taking your mind inwards. When you use the mantra properly, like a diver on the diving board, you simply take the correct angle and let go. The vertical dive to the depths of the mind happens automatically. Guided by the all-wise power of Nature, the mind moves toward bliss, the simplest state of human awareness, and the state of pure consciousness.

Most other forms of meditation involve either concentration or contemplation. Concentration techniques may consist of staring at a candle or an elevating photo or concentrating on the sound of a name of the Lord for as long as possible. But such concentration techniques usually require a great expenditure of energy and many people find the exertion too much in proportion to the benefit they gain. As a result, they often stop the practice.

Most concentration techniques are limited to the gross, surface level of the mind which does not allow the mind to settle down to its deeper, quieter levels. Such techniques can be compared to treading water. It requires much more effort to remain afloat in one place in the water than it does to swim around.

There are two ways of keeping a dog at the door. We can forcibly bring it to the door and tie it with a chain, or we can place some food it likes at the door.

In the first method, the dog may be tied at the door, but it may keep barking and pulling at the chain. In the second instance, the dog will eat the food and willingly sit at the door. In the same way, we do not have to TRY to control the mind. We have only to be given the opportunity to experience the deeper, more charming levels of the mind in order for the mind to become steady and concentrated.

Contemplation techniques involve the use of affirmations or positive thinking to train the mind to develop a positive orientation to life. The power of positive thinking has its value in that positive thoughts are better than a negative, pessimistic outlook on life. Thinking is the basis of action and what we think, we become — so it is always better to nurture pure, ennobling thoughts to guide our life to fulfillment.

Thoughts are like surface waves of the ocean. Pure Consciousness or Being is like the depths of the ocean since all thought waves originate from Being. The source of thought is Being. The source of all streams of energy, intelligence, and creativity in the Universe is pure existence, pure consciousness. To influence your thoughts, you have to transcend the thinking level and experience pure consciousness. From that experience, the thoughts that arise will naturally be more positive and life-supporting since they will be more nourishing for our environment and ourselves.

In the Mundaka Upanisad, it says: “The wise know it resting deep within, the eyes cannot see It, speech cannot describe It, nor any sense perceive It. It is not attained by effort, nor through austerities, only when meditation has purified the mind can you know the One beyond all divisions.”

The most effective meditation is one that makes use of the almighty power of Nature.

The almighty power of Nature is organizing the creation and evolution of the entire multitude of living beings in the Universe. From the seed to the oak tree, the evolution of life unfolds in a sequential progression. From the innermost silent level to the outer material expression, each step unfolds simply, gracefully and effortlessly.

Human life contains the seed of inexhaustible energy, intelligence and creativity dormant at the basis of individual life. To unfold this hidden power within us only requires the use of a simple technique of meditation to enable the outgoing senses to turn inward. When this happens, anyone can experience the evolution of the mind toward a higher, more expanded state of awareness naturally.

You may also enjoy reading Meditation 2.0: A New Connection to Brain Stimulation and Self Awareness by Romet Preismann 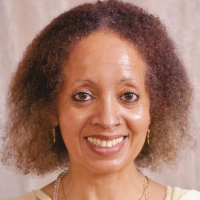 Previous Post: « Putting Sustainability into Practice: A Guide for Brands and Consumers
Next Post: Life Beyond 100: What Can You Do To Increase Your Longevity? »