Trump’s election has provided a compelling opportunity to declare what we stand for — peace and freedom — rather than what we stand against — fear and oppression.

Many of the people who went out to march after Trump’s election were not ‘protesting against’ but ‘marching for’ something: peace and freedom. They made clear that their goal was not to perpetuate fear and blame. This was communicated in the words they spoke and had written on their signs. It was also evident in how they carried themselves and carried those signs.

Great political leaders, such as Gandhi and Martin Luther King, Jr. also had this understanding about how to stand for something positive. They ‘talked the talk’ and ‘walked the walk’. They understood that peace is not only the end, but also the means. They did not collapse in the face of others’ resistance to that understanding. Even when threatened, beaten, and jailed, these leaders continued to respond with peace and love. How could they be so positive in the face of such hatred and opposition? How could they respond with such love, even toward those who jailed them?

In many different ways, these leaders communicated that peace and freedom are innate to us all. They did not ask for freedom; they declared their freedom. They stood as free men because they knew freedom is already so. Sometimes explicitly and sometimes implicitly, these leaders communicated that their movement was about liberating the oppressors as well as the oppressed. Their love held no distinctions.

So now, in this unique period of turmoil within our country, we have another significant opportunity to stand for and declare what is innate to each of us.

Many who voted Trump into office are tired of a political system that is not free to truly serve. It is a system that, at a certain level, holds us all hostage to corporate interests — the effects of which are numerous and far reaching. Whether it is how our tax dollars are spent, or who has a viable chance to be elected, to politicians being in an almost nonstop campaign mode or too rigidly towing the party line even when it goes against their better judgment of how to serve, the interests of a few corporations enslave our government to march in lock-step to their agenda.

There is much talk about the value of freedom here in America, but when politicians are in bondage to corporate interests, the very fabric of our free democracy is compromised. Those trapped in the system rarely speak out against it or have the impetus to change it. It is those of us who are not fully caught up in the system that need to remind those trapped within it that their freedom is foundational to their ability to serve.

No one wants to be held hostage to another’s personal agenda. Although politicians may criticize or even try to thwart the movement of freedom away from corporate interests, there are likely many good-hearted politicians on both sides of the aisle that will be secretly cheering us on — even when they may publicly criticize us.

Fear can make every one of us do things that are in conflict with our heart.

This is why it is up to those of us who are not caught up in a fear-based system to state that we want a democracy free from corporate interest. It is up to us because those who are currently held hostage are too fearful to act.

Since President Trump seems highly motivated to fulfill all of his campaign promises, what would happen if all of us who have this same peaceful vision came together and firmly held him to his promise to ‘drain the swamp’? If those who did not vote for Trump came together with those who did, along with those who didn’t vote at all, our inclusive stand would be much more effective than any single exclusive one. If we could just stop trying to make someone wrong, we could put aside our differences and seize this unique opportunity to unite in a new ‘Freedom Movement’.

And as we stand together with clarity, focus and the integrity of our words aligning with our actions, many of those trapped within the system cannot help but hear us as they also awaken to their own clarity within. As we dissolve more of the false boundaries we’ve put up between us, we all end up with a fuller taste of our freedom.

To clearly state what we are for rather than what we are against inspires others to awaken to their own sense of freedom.

Everyone has a sense of what it is to be free — to ‘follow the integrity of their heart’ rather than be held hostage to others’ personal interests. Deeper than skin color, gender, nationality, religion, or political leanings, knowing that peace and freedom are innate is ‘written on our hearts’. Evidence of this is that it doesn’t feel good to anyone to live in conflict, hate, and bondage, yet it does feel good to live in peace, love, and freedom.

Thankfully, what is not innate cannot hold up in the focused light of what is. As we clearly state what we stand for and focus our energy on that, we avoid being sidetracked by trying to put out external fires or by any internal fears that may come up along the way. Regardless of what is going on ‘out there’ or ‘in here’ our eyes and hearts are fixed on freedom, inside and out.

As we ‘walk the talk’ and ‘talk the walk’ of peace and freedom, our words and actions have a power within them that angry words and actions do not. What we stand for is not diluted by the way in which we stand. So, if we all— regardless of political leanings — somehow put our good heads and hearts together, a freer democracy is most definitely within our reach. 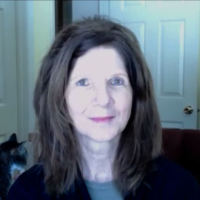 Dhyana Stanley, author of The Human Experience is the Dance of Heaven and Earth: A Call Home to Peace, is deeply interested in sharing how spirituality is not irrelevant to any aspect of our human experience – not even the political. Learn more at dhyanastanley.com and peaceistheuniversalsong.com

Previous Post: « Life as a Unicorn: My Path to Self Awareness and 5 Easy Steps to Find Yours
Next Post: The Power of Intuition: How to Connect with Your True Self »