Now sober, an alchoholic shares the life benefits of giving up alcohol

I’ve always hated being the butt-end of a joke. Pranks were never my thing. April Fool’s Day is by far my least favorite holiday. So naturally, I was angry when I found out I was being duped. Something I thought of as fun was actually destroying me.
I had become an alcoholic.

How Alcohol Fools You

Have you ever heard of someone taking roofies (rohypnol) for fun? It’s rare. That’s because roofies are tranquilizers that work by depressing the central nervous system. Do you know what else does that on a smaller scale? Alcohol.
Alcohol slows your speech and messes with your coordination. Imagine if someone slipped you a drug that did the same? It would probably be quite frightening. But most people don’t get scared after drinking alcohol. Instead, they feel like they’re on top of the world. Why?

Alcohol fools you into thinking that your body is having a great time by increasing the amount of dopamine that flows to your brain’s reward center.

Dopamine is often called the feel-good chemical because it’s so closely related to pleasure.

When I was drinking, I thought alcohol was a trusted friend. Turns out it was playing me all along.
You don’t even have to be an alcoholic to get duped; I was fooled from my very first drink. This is probably why alcohol is the most commonly abused substance in the United States. It may also help explain why alcoholism is rising.

How It Feels To Quit Drinking

When you’re an alcoholic, it feels awful at first to get sober. The physical and mental detoxification symptoms can be intense, but once you get past that, it begins to feel amazing. Even if you don’t drink enough to feel withdrawal symptoms, you will undoubtedly notice a positive difference when you quit drinking.

The following are just a few of the benefits you may notice when you relinquish the bottle:

This is one of those tricky things about alcohol. When you’re drinking, the dopamine boost may feel good so naturally you attribute alcohol with good feelings. But it’s actually a depressant. If you’re really paying attention, you may notice that you feel a little more depressed on the days after you drink. When you stop drinking, you’ll still have good days and bad days, but you’ll probably have fewer bad days.

It feels good to have money, doesn’t it? Well, if you’re drinking alcohol multiple times a week, you’re spending a lot more than you need to. Let’s say you buy two bottles of wine each week at $10 per bottle. That’s $20 each week and $80 each month. When you quit alcohol, you can save almost $1,000 a year!

Alcohol is a diuretic, which means it facilitates fluid loss. This results in more frequent trips to the bathroom, which can quickly dehydrate you. When your body is even slightly dehydrated, you can experience dull, dry skin. When you drink too much alcohol over time, you may also be depriving your skin of vital nutrients. This can have a more permanent effect on your skin.

Most people who drink heavily tend to isolate themselves. It’s easier to drink large quantities of alcohol when no one is around to judge you. This can cause friction in all of your relationships, and you can easily grow apart from people who were once close. When alcoholism gets more serious, it can cause be linked to domestic violence and aggression. When you quit drinking, not only are you likely to be more pleasant and social, but you will also be better equipped to listen and be a good friend.

People who drink alcohol regularly tend to carry excess weight around the midsection. This is why that spare tire is so commonly called a “beer belly.” When you stop drinking empty calories in those alcoholic beverages, you’ll be amazed at how quickly those extra pounds fall off.

You may think there’s no harm in a few drinks, but when a few drinks turn into a regular habit, it can be very damaging. You don’t even have to drink heavily to experience some of alcohol’s ill effects. If you do drink alcohol, do so with moderation to keep yourself looking and feeling your best.

You may also enjoy reading Learning From Addiction: Unexpected Costs and Long-Term Effects, by Trevor McDonald 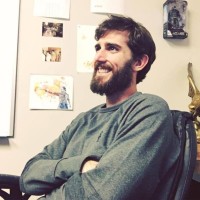 Tim Stoddart is the co-founder of Sober Nation. Tim is a believer in positive living, health, and kindness. A recovering addict and admitted adrenaline junky, Tim has found new and healthier ways to fill the void.

Previous Post: « Burning Letters: The Therapy of Letter Writing and Letting Go
Next Post: The Health Benefits of Citrus Fruits »