Using stevia in a variety of forms is a natural and healthy way to add sweetness to your diet, with some surprising health benefits.

You might believe stevia is a newer sugar replacement, but the first documented use of it as a sweetener dates back to the 16th century. Today, we mostly use it for sweetening beverages and foods, but it is also an herbal supplement with healthful benefits.

Stevia Rebaudlana Bertoniis a shrub relative to the sunflower family. Its many species are native to the Americas, but you can grow this hardy, sustainable plant in many growing regions outside of North and South America. The main ingredients you commonly see in commercially prepared stevia and stevia-containing products are the notable glycosides stevioside and rebaudioside (reb A).

Farmers cultivate the leaves from the plants, which contain glycosides. The eight compounds you will find in stevia provide it with a sweet taste. Unfortunately, pure stevia leaves can also contain bitter properties and a pungent odor, so they receive further processing to isolate the sweet glycosides and remove the remainder.

Types of Stevia on the Market

Green leaf and purified stevia might contain greater benefits than the altered varieties. With over 500 studies, scientists have performed few on altered forms of stevia, possibly due to the alteration level varying between manufacturers and brands.

Despite the processing, stevia is still a natural choice that allows you to reduce your sugar intake. There are many reasons to avoid added sugar:

Obviously, stevia extract isn’t the same as other leafy greens and cruciferous vegetables, but the studied effects have some overlap. Two studies showed promise in glycosides affecting cancer cells. The first in vitro study highlighted stevioside and its positive effects against breast cancer tumors to determine if it indeed held anti-tumor properties.

The second study pinned stevia extract against leukemia, lung cancer, and stomach cancer cells. The 2013 in vitro study found that the glycosides showed toxicity to the cells. Related to cancer, antioxidants assist your body in fighting off free radicals that cause your cells to enter an oxidative state. Most notably, stevia contains the flavonoid kaempferol. A 2003 study found it inhibited the growth of pancreatic cancer cells. We need more research, preferably on humans, to see if ingesting stevia as a sweetener or supplement would produce the same results.

Better for your teeth and gums

Studies show mixed results, depending on the length, however, glycosides in stevia leaf extract do show promise with long-term use for lowering high blood pressure.

Patients in the study received an oral therapeutic dose, but patients and subjects often see no difference in the first 20 days. Often results begin around 40-60 days. However, an intravenous dose shows immediate results. Reb A alone isn’t enough to produce results, but studies featuring altered and isolated reb A saw zero changes in blood pressure. The anti-hypertensive qualities appear only in the green leaf version of stevia.

A lack of blood sugar control has multiple side effects which can be difficult for diabetics to control without medication. Luckily, stevia leaf extract doesn’t spike blood sugar. This makes it a good alternative for a prediabetic, a diabetic, or someone without diabetes.

According to a short-term study, blood glucose and glucagon response can lower after a meal if you use stevia in a beverage before you eat. Longer studies showing how they compare would be beneficial, especially if performed in a natural environment with patients responsible for choosing their own foods.

One review of long-term studies suggests positive outcomes with overall body weight and low- calorie beverages. Participants who avoided sugar-sweetened beverages and opted for low or no calories beverages, such as types sweetened with stevia leaf extract, had a lower weight gain risk. Of course, beverage choices are one area of the larger diet picture, but it’s a good place to start if you want to maintain or lose weight.

Side Effects, Risks, and Concerns

Unlike artificial sweeteners, stevia extract and green leaf have no widely reported side effects in diabetic and non-diabetic patients. However, other sources claim stevia leaf extract carries extensive side effects.

Some concerns arise if you have an allergy to ragweed. Stevia is in the same family and can lead to aggravated allergies. No studies highlight an actual risk, and WebMD bases their claim on theory.

Some studies warn about a possible link between metabolic disorders and non-nutritive sweeteners; stevia in an altered form is included in the study. However, the majority of this study focused on animal models.

According to the FDA, reb A has the status of generally recognized as safe (GRAS). But prior to 1991, the FDA wouldn’t approve stevia for food use. This includes altered stevia, but it doesn’t include whole leaf stevia. Whole leaf stevia is legal; you can buy it as an herbal supplement. You can also buy a plant and harvest your own stevia.

After years of study and data, nobody has proven that stevia is anything but safe for daily use. Therefore, you should feel comfortable to make the switch to an extract or supplement. As more research becomes available, who knows what else scientists will find.

You may also enjoy Breaking Up With Sugar: 12 Steps to End Cravings for Sugar for Good, by Dr. Karen Wolfe 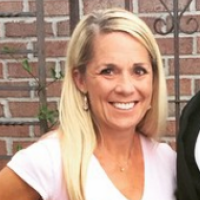 Paisley Hansen is a freelance writer and expert in health, fitness, beauty, and fashion. When she isn’t writing she can usually be found reading a good book or hitting the gym.