When her life was turned upside down, the author learns to rebuild her life and sense of self by channeling her story into a book

I embarked on my writing journey quite by accident. Since then, it has been a long and arduous adventure. Indeed, it is the most difficult undertaking I have experienced since childbirth. And while I had always dreamed of writing, and regularly journaled, I would have readily avoided the circumstances which led me down this path.

I had been divorced from my first husband for thirteen years. I had successfully raised two beautiful and talented daughters and had reached the pinnacle of my professional career. I was confident, independent, and enjoying my life as a single, working woman.

Yet, I decided to take a chance that there might be more.

I decided to believe the man who had been in my life for several years when feelings turned from friendship to romance. I decided to trust that second chances really do occur. I decided to accept his recurrent words at face value. I decided to have faith that when he repeatedly assured me that I could “quit waiting for the other shoe to drop because (he was) in it for life,” that he indeed meant it. I became confident that we could blend our families and our lives together to form an enhanced and enriched version of our individual existences. I decided to accept his proposal of marriage, to retire from my profession, to sell my home, and to relocate with him to another state in support of his career.

Five years later, he abruptly announced at the start of a road trip: “I’m done. You are mean. I don’t want to talk about it.”

Our life had been a fairy tale until that moment. All who knew us – including me – saw a couple that thrived. I believed myself to be a better person because of the influence of my kind and loving husband. I believed I knew this man. Our love felt invincible. It seemed to be growing and increasing exponentially as our children married and had children of their own. I was astounded each day that I had been given a second chance at such a complete and wonderful life. If he told me that I was mean, and he wanted out, it must be true. I must be despicable and unworthy not only of his love, but of any human interaction whatsoever.

Shame is a powerful emotion. In all my life, I had rarely felt its sting. I had, however, been embarrassed on many occasions. I had embarrassed myself by my own poor choices and behavior. I had been embarrassed by others who shared intimate details about me they had promised to hold in confidence. I had been embarrassed by mistakes I had made when dealing with parents and students. But I had only felt shame on the occasions when I felt lacking in strength and fortitude when providing for the needs of my two daughters. Yet, suddenly, I was engulfed in shame.

He refused to communicate, so I had no understanding as to how or why this change had taken place. I had no idea what I had been doing wrong or when I had been doing it at all. I had nothing but guilt, humiliation and shame. As a result, I remained immobilized by grief. I had believed in him and I internalized the blame he was placing upon me. I absorbed the full responsibility for the failure of our marriage – and the loss of his love.

It’s hard to start again, broken and shattered, yet that is what life is about.

Lost love, lost health, lost security – it happens to us all. We cling, we fight, we struggle, we fall. Yet, we pick ourselves up and continue the journey; our only other choice is to succumb to despair.

In my case, I had my journal, I had my pen, I had my pain, and I began to write my story.

The words flowed freely, the pain fresh, the wounds still unscabbed. My story unfolded, and I was encouraged by those with whom I shared it to have it published. Yet, I still did not perceive myself as an author. I had lost confidence and become timid. I felt like a fraud even considering that I had something worth publishing.

My story was accepted for publication, and it has been a life-changing experience. I quickly realized there was even more to learn than I imagined. I was immediately immersed in a world that was completely foreign to me. I had a supportive publisher and a gifted team of experts ready to assist me with the process, but I was still fragile. I felt completely out of my league, convinced that I could not accomplish the myriad tasks that were asked of me. Yet, little by little, with guidance, patience, and support, I began to explore new options and opportunities. I began to enjoy my ability to discover and experience new things.

It was difficult at first to take things one step at a time. I was overwhelmed with the big picture as I struggled with the demands that were placed on me and the skills that I lacked. Yet, I began to savor my wins, to believe in myself, and to keep moving forward. I began to stop and relish my accomplishments. I began to regain my confidence. I began to embrace the realization of a lifelong dream and to perceive myself as an author. I developed an increased awareness of self. As I gained a greater understanding of the publication and marketing of my story, I gained an increased confidence about talking about my book – and myself as an author.

Of course, I am still learning.

Each day seems to offer new and unforeseen challenges. But there are also victories. I believe in myself. I keep moving forward, and I stop and enjoy my accomplishments. I will continue to learn and grow. I am invigorated by that process. I have realized that by losing everything, I have once again found myself – and I am thrilled with that self!

You may also enjoy reading The Art of Letter Writing: 5 Tips for Crafting Engaging Letters, by Julie Peterson 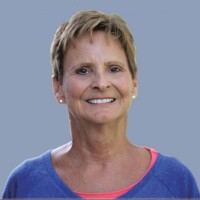 Kathryn Taylor’s upcoming memoir, Two Minus One, follows her life after her husband leaves. An avid reader, traveler and beach lover, she calls Charleston, SC, home. Learn more at kathryntaylorbooks.com

Previous Post: « 4 Spiritual Lessons for Surviving Infidelity
Next Post: Do You Have the Courage to Choose Kindness? »