Breakups are always difficult, but they don’t have to be devastating; let them be blessed opportunities to learn about yourself and your needs.

I had a doozy of a break-up.

I thought I was a relationship ninja when I started dating the man I refer to as Mr. X. I felt like my heart was squeaky clean and ready for a new man. I had done a lot of work on myself and felt ready to love and be loved. Yet, despite all this work, I entered into a relationship with someone who lied.

I had blinders and rose-colored glasses on throughout our two years together.

I didn’t even see the lies until one very dramatic betrayal landed in front of me like a meteor jettisoned from space. The mere force of it then triggered an avalanche of previous lies that came tumbling down to bury me and my heart.

How could I have been so blindsided, you ask? To find the answer to this perplexing question, I dove inside and used everything in my toolbox to start my heart healing.  I also tried new tools and methods to unveil why and how it had actually served the unhealed pieces of my heart to be in a relationship with someone who lied.

My book, Superhero of Love: Heal Your Broken Heart & Then Go Save the World, features everything I did to heal everything that I had shoved into the dark corners of my heart. This adapted excerpt is from the chapter  From Crazy Firestorms to the Mighty Flame.

Right after the break-up, I went out one evening for a little respite with my (at the time) ninety-six-year-old friend, Adelaide. Adelaide is my dear friend Beanie’s grandma. She has been a source of wisdom for me since I was eleven. She loves to give advice regarding relationships. She earned it: married over sixty years until the death of her husband.

The first tidbit she gave me, when I was in a long-term relationship in my twenties, was to always have my own secrets. I still want to try out that one. Sounds juicy.

Adelaide loved Mr. X, so she was upset about our breakup. I saw her right after it happened and told her that I couldn’t imagine ever falling in love again. She responded: “Well, of course not; you’ve been singed.”

She was right. That was when I realized how those little singes can re-ignite old firestorms from the past. In fact, a recent loss can ignite a full-blown inferno if you haven’t healed the wounds of your past.

One of Adelaide’s greatest gifts to me is being a grounding force in the face of my drama-queen tendencies. The loss of Mr. X was a singe, not an inferno. And it was my job to manage what I had let grow into a crazy firestorm.

In the days after the breakup with Mr. X, I knew I had to deal with my pattern of seeking power outside of myself. Even though I felt confident and mighty kick-ass when I was not in a relationship, as soon as I got into one, my sense of self-worth became dependent upon my partner. I used the love from my partner to light up my heart, rather than relying on my own Mighty Flame, the pure source of all love, which was patiently waiting to be discovered at that point.

But when you are engulfed in a firestorm, it’s easy to lose sight of that flame.

What flame? What fire? All I know is it’s hot in here – and not the good kind of hot.

When one of my friends was ghosted by a man she had been dating, she found herself deep in the frenzy of a firestorm, trying to figure out what had gone wrong. Why had he suddenly cut off all contact with her? What had she done to cause his sudden flight? She couldn’t have a conversation about anything else, and wanted everyone to help her figure out this conundrum: How? Why? When? What?

None of us had any interest in figuring it out. We just wanted her to realize that she had dodged a bullet. Who wants to be in a relationship with someone who would do this to a potential mate?

From the outside looking in, it was a blessing. From the inside looking out — well, there were a lot of flames obscuring her view.

I was no different at the beginning of my journey.

After my breakup with Mr. X, firestorms plagued me with two kinds of negative feelings: one directed outside (anger) and one directed inside (sadness). The angry thoughts were easy to understand; I knew when I was mad, and I knew why I was mad. For a while, the anger even made me feel righteous and empowered, as if I were better than Mr. X.

Some anger can be genuinely helpful. It can give us the gumption we need to take action that might otherwise be impossible to take. I know women who had to experience dramatic infidelities before deciding to end their marriages. One friend found out that her husband was not only cheating on her but had taken their toddler on his escapades. Imagine her fury and the fire that catapulted her from this marriage!

In many cases, anger builds over the course of a relationship and is not fully managed through all its incarnations. But righteous anger can spur a righteous move. Sometimes God has to hit us over the head with a frying pan.

We can almost be grateful for the theatrical end, because we might not have left otherwise.

I didn’t really get angry until after the breakup with Mr. X, when it all came crashing down in an avalanche of lies. Several weeks after the breakup, a few different people came forward with confessions of what they had known. I discovered that the lying was even more pervasive than I had thought.

This realization hit me on a new level. What? More lies? Impossible! I can’t even . . .

And then, I learned the mother of all lies: He. Was. Married. Married.

The many times he used the words ‘divorced’ and ‘ex-wife’ turned out to be merely shiny distractions to keep me moving forward. To be fair, his wife had had a boyfriend long before we met, and Mr. X had had at least a couple of relationships before ours. But the blood drained from my body when I heard the two syllables: mar-ried.They seemed to drip out of our mutual friend’s mouth in slow motion. I repeated the word out loud to confirm what I had just heard, tagging on the most enormous question mark so she knew to take extra care in her response.

“I assumed you knew,” was her reply.

I did not know.

You may also enjoy reading A Guy And Some Strangers: Understanding Heartbreak by Lodro Rinzler 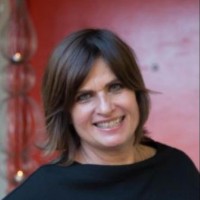 Bridget Fonger is the author of Superhero of Love: Heal Your Broken Heart & Then Go Save the World (Conari Press, January 2019) and the creator of Love Forward Talks, a speaker series inspiring people to love and be loved! Learn more at superherooflove.com.

Previous Post: « Adapt, Heal & Thrive: A Q&A with Dr. Chad Woodard
Next Post: Digital Minimalism: How to Manage Technology to Reclaim Your Life »