The future is bright — and motivated.

When doing some research for a business class at school, Benjamin Conard was disappointed to learn that 2/3 of the world’s cacao is grown at five degrees north of the equator in West Africa — where extreme poverty and child labor is rampant. But he was also inspired to do something about it.

As an aspiring social entrepreneur Ben dedicated to start something meaningful — thus Five North Chocolate, a fair trade company was born when he was 21. Even though he didn’t know how to make chocolate — he believed he could create something that was made of ethically sourced ingredients, supported farmers and was health conscious.

And his secret ingredient: he mixed his business with the tenets he most values in life. Yes, he certainly created something of impact. In fact, he has been named one of the Top 10 Biggest Fair Trade Advocates in the World — and #1 in the U.S.

Yes, it’s about making a great product — but it transcends chocolate. A self-proclaimed chocolate enthusiast, Ben is actually a best self believer in possibility. He’s out there being the change he wants to see in the world…one cacao bit at a time.

You may also enjoy Interview: Vani Hari | The Truth About the Lies We’re Fed with Kristen Noel 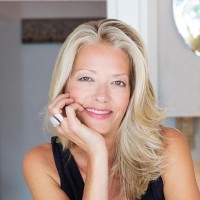