A Hollywood defector uses his power (and talent) for good, creating a humorous video series that explores the plight of the seeking male

It was a sunny day in Portland. How unusual. How mysterious.

I walked into a coffee shop to meet James Mihaley for the first time. We sat at an outdoor table sinking our teeth into a conversation about life — and where our individual paths had led us. We kept picking up the table and moving it around the courtyard to adjust for the brightness of the sun, laughing that we both have sensitive eyes. Two straight guys, fueled by a double shot of caffeine, courteously adjusting their seating to protect each others’ sensitive blue eyes from the glare — not a common everyday occurrence for sure!

James grew up in rural Wisconsin and I hail from Beverly Hills. Yes, I was having a deep philosophical discussion with a bonafide ‘Cheesehead’.

It quickly became apparent that, although we were from two drastically different upbringings — our views were in fact quite similar.

We were in the middle of talking seriously about children and how they are such powerful mirrors and reflect what we most need to see in order to evolve — when a nun walked by, straight out of the 50’s, wheeling a one-of-a-kind stroller that contained 6 merry toddlers. We stopped talking and beheld the spectacle.  After they disappeared around a corner, there was a long pause and James said, “That would make a cool skit! You and I are talking about yoga, meditation and original innocence, and a nun goes by, wheeling six toddlers!”

We burst out laughing and began talking exuberantly about a creative collaboration that would allow us to entertain while exploring serious topics. Two guys on a spiritual path growing as best they can with hiccups along the way. And thus, ‘Evolving Guys’ was born.

The idea of this video series is to depict two men who are compassionate yet flawed, honorable yet a bit too self-absorbed, reaching for the light while wallowing in the shadows, two men who are driven by a beautiful urge to wake up, but continually come up short due to habits, patterns and perspectives that they are desperately trying to outgrow. Humor permeates the storytelling.

What would life be without laughter?

At the same time, we don’t want to shy away from creating pieces that are serious, poignant, poetic and challenging.

We want to be part of the solution. Most of the serious problems on this planet have been created by men because they’ve wielded all the power for centuries. Einstein reminded us that no problem can be solved at same level of consciousness with which it was created. Men need to step up. Women are certainly stepping up in an unprecedented manner.

Similarly, it is inspiring and life affirming to see men all over the world embarking on a journey from the head to the heart, but let’s face it — we have a long way to go.

For example, guys are dangerously susceptible to competition and comparison. In our first episode, ‘My Higher Power is Higher than Yours’, we point out that competition is omnipresent, even in the realm of doing good and supporting noble causes.

The self-help world is not immune to the ungracefulness of excessive competition.

In the second video called ‘The Guru’, James and I are sitting in front of an enlightened master, someone for whom we have the deepest reverence. This video was completely improvised.  When the cameras were turned on, we both went into another zone, imagining what would happen if a lighthouse of divine wisdom suddenly blasted its beacon into our souls. The tone is playful and profound.

We have many more episodes to come! Our goal is to keep them clever and full of surprises.  James, being an acclaimed writer and performer, and myself, having been in the entertainment business for years and now being a life/business strategist for over 10 years — are in a position to have fun while hopefully adding some value in the process. We come at it humbly and with a deep yearning to be used by life as instruments of healing. Our imperfections serve as our creative fuel. And I guess the good news is that we won’t be running out of imperfections for a very long time!

You may also enjoy reading The Alchemy of Humor | Using Comedy to Heal From a Wounded Past, by J.P. Spears 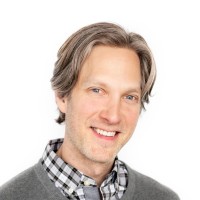 Randy Spelling, author, speaker, life and business coach, helps people not only achieve but define their success so they can actually enjoy the life they have. Growing up in one of Hollywood's most famous families, he witnessed firsthand that money and fame do not create freedom or happiness — but our daily choices do! Using his natural intuitive abilities and over a decade of coaching experience, he helps people see the choices they didn't realize they had, so they can create more confidence, presence, and happiness in their lives. Learn more at randyspelling.com

Previous Post: « Marmalade and Musings: From the Kitchen to Life’s Table
Next Post: Body of Art: A Celebration of Life In Motion »