What if you knew that people with Type II diabetes are at a higher risk than others for developing Alzheimer’s? Would you want to find out more about how to keep Alzheimer’s from your door — especially if you’re a diabetic?

These questions became meaningful for me after I read the following on the Mayo Clinic’s website: “Diabetes and Alzheimer’s disease are connected in ways that still aren’t completely understood. While not all research confirms the connection, many studies indicate that people with diabetes — especially Type II diabetes — are at higher risk of eventually developing Alzheimer’s disease.”

As a healing practitioner, I help people examine the emotional links that are often missing in standard healing regimens. I’ve discovered fresh insight into the connection between Type II Diabetes and Alzheimer’s that I’m eager to share here. It’s part of the ‘missing piece’ I’m passionate about exploring in my healing work.

For those who have Type II Diabetes, either their bodies don’t produce enough insulin or their cells ignore the insulin. Yet insulin is necessary for the body to use glucose for energy. By taking sugar from the blood into the cells, it fuels the whole body.

According to Dr. Michael J. Lincoln, author of Messages of the Body, the psychological meaning of Type II Diabetes relates to love starvation. He wrote that diabetics have a desperate longing to belong, yet they are intensely emotionally insulated. They believe they don’t deserve any better so they withdraw into themselves and away from social/emotional involvement on any close or vulnerable level. They counter balance their social isolation and lack of self-love with a self-nurturance pattern of consuming substitutes such as carbohydrates, sugars and pasta until their body becomes insulin-resistant.

Regarding pancreas problems, Dr. Lincoln states that they stem from individuals not believing they deserve love. Feeling guilt and a lack of value, life has lost its sweetness.

This lack of sweetness and a deep longing for “what might have been” may cause the pancreas to malfunction.

The word insulin comes from the Latin word insula meaning ‘island’. Dr. Lincoln suggests that individuals with diabetes are ‘islands unto themselves’—that is, from birth they feel they have to rear themselves. This process is likely to be traumatic, thus reinforcing a probable belief that they may not be able to find nurturance, relevance, or validation from outside sources.

Let’s examine this connection between the physical and emotional. Food that’s eaten breaks down into glucose or sugar and enters the bloodstream. Insulin helps glucose move from the blood into the body’s cells. Indeed, insulin and glucose work together so the cells can make energy from food. If individuals harbor the belief that they have to fend for themselves — they feel alone and have no help — then it sets up the mindset of “no help available” and may interfere with the insulin helping the glucose do its job. The constant repetition of this internal message may shape diabetics’ ability to regulate insulin and their external experiences.

Similarly, let’s look at the psychological meaning of Alzheimer’s disease. Dr. Lincoln called Alzheimer’s a form of succumbing to the confusion some people feel about what their lives have been or have become. Those who have this disease may have felt demoralized by having their competence and confidence undermined in childhood. There is a resulting distrust and disgust with the Universe and they feel angry, helpless and hopeless.

This point is also reflected in Louise Hay’s book, Heal Your Body, The Mental Causes for Physical Illness and the Metaphysical Way to Overcome Them. She wrote that Alzheimer’s is a refusal to deal with the world as it is, hopelessness, helplessness, and anger.

Individuals who have brain problems often indicate a fight going on between personal goals and the person’s divine intent.

They’ve learned to meet all of their own needs because no one else in their families would, thus setting up a feeling of fending for themselves and perhaps causing them to distrust the Universe.

Those at the end stage of Alzheimer’s disease appear to be in their own ‘private world’; they can’t let themselves out or let others in. This is significant considering “it is the power of being with others that shapes our brains. Neurons by their nature are social; they shun isolation and depend on their neighbors for survival.

So if our neurons are social, shun isolation, and depend on neighbors for survival or else they’ll shrink and die — is that a metaphor for how people can ‘shrink and die’ without strong connections?

Let’s summarize these points in a chart form:

What Can Be Done?

Over the years, I devised a technique called the MO (Modus Operandi) Technique that helps people release the negative emotions out of the subconscious mind. It instills positive emotions into the super conscious mind and reprograms the conscious mind with changing the outdated belief system and affirmations.

Using the MO Technique, diabetics who resonate with the psychological meaning of Diabetes II would:

Do you see how diabetics who gain these attributes may also reflect the psychological meaning of Alzheimer’s? By applying the MO Technique, they can strive to have the life they longed for — one of feeling connected and valued, and of knowing that they’re not alone.

Yes, help is available. It’s time to enjoy the sweetness in life!

You may also enjoy reading Living In The Now With Alzheimer’s Disease, by Maureen Minnehan Jones 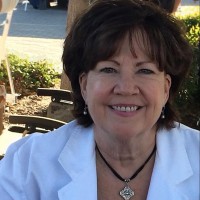 Previous Post: « Shaman Sickness: How Living Your Purpose Can Heal Chronic Illness
Next Post: How to Understand and Prioritize Your Self Care »