A refreshingly profound, yet simple and relatable new take on forgiveness

“At its heart, forgiveness is a radical acceptance of ‘what was’ married to a prayer that the future needn’t recreate the past.“

Yeah, yeah, yeah! We’ve all heard about the importance of forgiveness. But what does forgiveness really mean and why in the heck should I let that demented so-and-so off the hook?

Forgiveness, like most meaningful concepts, has more baggage than a Samsonite store. Most of us believe it’s an act we’re forced to perform when horrific jerks do us wrong. But true forgiveness, according to A Course in Miracles is realizing no one has the power to do me wrong.

To believe someone or something outside myself can hurt me negates the Truth of who I am.

Being pissed off unplugs me from the field of infinite potentiality, this wild and crazy force that’s constantly trying to bless and guide me. It erects a big wall between me and my highest good.

Believing outside forces can hurt me stunts my growth. Blinds me to miracles. Creates an illusory world that makes me want to hide, feel guilty, close down.

Here are the top three reasons (and there are many more) I practice forgiveness like a mofo:

If you’re a human being on this planet, you’ve probably heard Whitney Houston’s “I Will Always Love You.” It won Record of the Year at the 1994 Grammy Awards and, last I checked, holds the all-time record as best-selling single by a woman. You might even know that the song was originally written by Dolly Parton.

But did you know that the back story behind this iconic song is a grand testament to forgiveness? Dolly originally wrote it for Porter Wagoner who, in 1967, gave the 21-year-old songwriter her big break. A spot on his weekly TV program, The Porter Wagoner Show, led to the duo recording dozens of songs and albums and bestselling hits. They won the Country Music Award for Vocal Duo of the Year three times.

But by 1973, Dolly was ready for more. She had big dreams, was tired of being ‘my pretty little girl’, as Wagoner often called her.  “I wanted my own band. I wanted a solo career,” she said. “God was telling me to go.” Porter wouldn’t hear of it.  “I made you,” he’d threaten.

So, she did what she knew best — she wrote him a song, marched into his office and sang it.

Although the song, I Will Always Love You, brought tears to his eyes, he wouldn’t let it go. He sued for breach of contract, demanded a share of her royalties, even bad-mouthed her all over Nashville. The once-loved country duo became estranged for many years. Even though she was blameless, Dolly agreed to a settlement, offering to pay her former partner a million dollars.

“I didn’t have a million dollars,” she says. “But over time, I was able to pay him back.”

And in 1981, when he was dropped from his label and fell on hard times, Dolly bought his label and gave it back to him, ensuring a future for his kids. In 1988, they performed together at a taping of Parton’s TV show Dolly! And in October 2007 when he died, she was at his bedside holding his hand.

Dolly had every reason NOT to forgive Porter who wanted to keep her under his thumb. No one would blame her if she was still mad today. But look at all the love she’d have missed out on.

As she said in a recent interview, “Forgiveness: It’s the only thing.”

I often say the biggest secret in the world is we all really love each other. We often don’t realize this truth because we refuse to forgive. We hold grudges. We actually believe the lie that other people can hurt us.

If anyone had the right to hold a grudge, it was Nelson Mandela. He was imprisoned for 27 years, three of his children died during this time and his government treated him worse than an animal. But instead of letting those injustices take away his dignity, he used them to solidify a vision for a better world. He refused to BE imprisoned.

That is what forgiveness really is. Refusing to be imprisoned.

Had Dolly held onto her anger at her former mentor, she’d never be where she is today. By letting go, by believing love is the only reality, the only thing that really matters she freed up her connection with her Divine Source. And as for that million dollars? Royalties for the song she wrote for Porter Wagoner pulled down three times that much in the first year alone.

“Forgiveness, it’s the only thing.”

You may also enjoy watching Interview: Marianne Williamson | A Return To Love And Consciousness by Kristen Noel 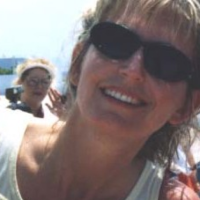 Pam Grout is an explorer on the frontiers of magic and enchantment. She has served as an extra in a zombie movie; composed a country-and-western song; created a TV series; and communed with Maasai warriors, Turkish sultans, and Inti the Ecuadorian Sun God. She writes books and articles for such places as CNN Travel, Men’s Journal, The Huffington Post, and People magazine. She is the #1 New York Times best-selling author of Thank & Grow Rich, E-Squared, and E-Cubed. Her latest book The Course in Miracles Experiment is a modern-day rewrite of the 365-lesson workbook — the text at the heart of A Course in Miracles. Unlike the original, it's user-friendly, accessible and easy for everyone to understand. Learn more at www.pamgrout.com or at @PamGrout on all the socials.

Previous Post: « Building Bridges of Understanding One Question (and Answer) at a Time
Next Post: Not In My Backyard: The Reality of Human Trafficking and 5 Steps to End It »