An ode to the city that (almost) never sleeps; a photographer turns his lens on New York City’s majestic theatre district during COVID

‘Broadway in the Dark’ is an ode to the artists, theatres, industry and the city I call home — the one that has been put on hold during these unprecedented ‘dark’ days. And this feels personal because I am an actor, a photographer, a New Yorker. This place houses my heart and my hopes. It sits dark, quiet and uncertain. Yet, it still remains stoic and majestic — and that is what I choose to hold onto and see.

Just as this city never sleeps, this isn’t about the demise of a craft. Instead, it is a peek towards the future fueled by the belief that we will be able to go back to entertaining, and attending, and creating and communing.

The lights and the curtains will go back up. But for now, I celebrate her differently, in her solitude.

The idea for this collection came about while taking a long afternoon walk up Broadway in the rain in late April. Early spring always feels like a time of transition, caught within limbo of seasons. And this April it had already been dictated that we operate in as much isolation as possible — a city surrounded by people, yet isolated by ‘social distance’.

That particular day I walked all the way from Union Square (14th Street) to 50th Street and Broadway — just me, my camera and my city — and the first images of this body of work were born. A table and chair in the empty pedestrian plaza near Macy’s Herald Square, Times Square devoid of humanity, energy, traffic, sounds, vibrancy — all seemingly muffled. These first images were the seeds from which this collection blossomed.

After arriving home, the reality of what was transpiring hit me harder and the inspiration for this work evolved even further. It first started with the streets upon which the theatres lived. The quiet desolation at curtain time with few, if any people or cars was eerie and jarring. What had always notoriously been one of the busiest times in the theatre district — packed with enthusiastic theatre-goers bustling about in and out of pre-show dinners, meeting up with friends, was now still. Not even a whisper of its normal self.

Though still, there was also a notable sense of hope.

I exhaled when I saw that the theatre lights were still aglow, both inside and out, as if to say, We will be back as soon as we can… As if that solitary light in the middle of the stage was proudly standing there, eagerly yet patiently waiting for the next show to raise its curtain. Yes, we will be back!

During the first session, I was drawn to the famous Barrymore Theatre. After I shared the initial images I captured with a good friend and fellow photographer, he suggested that I continue to explore this and document more of the dormant theatres in the district — to tell their collective story. The project extended from there to multiple excursions into the area to create the rest of the images that became a part of this collection. Broadway and Times Square demonstrate the effect of these times, this collective timeout, probably more than any other.

The nature of Broadway and of New York City is rooted in resilience — and it is poised to rebound, to rise and to reemerge out of our quarantine.

I believe we will resume our passions as artists, creators and lovers of the arts. We will sing and perform. We will play beautiful music and we will dance in the streets! We will attend productions and meet up with friends. And the lights will go back up on Broadway — and I will sit with a playbill in hand. Until we meet again… my dear theatre.

The full collection of images can be viewed and are for sale HERE.

You may also enjoy reading Falling in Love (Again): A Photographer’s Connection to a Lost Art Form, by Justin Borucki 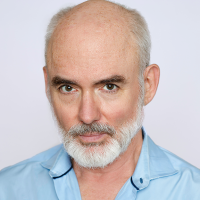 Dan Lane Williams is an actor and photographer residing in New York City. Through his business, DLW Photography, he serves the northeast and tri-state area shooting weddings, family and other events, headshots, portraiture, film and theatre stills as well as personal projects and fine art. He is available for bookings and has special safety protocols in place during the pandemic. Learn more at dlwphotographynyc.com

Previous Post: « Politics: Palliative Care for a Curable Disease?
Next Post: 5 Paths to a Career in Sustainability to Speed up the Clean Energy Transition »