They say once you offer up your pain and suffering to a higher power, trust that the Universe will come through for you. I asked…and received a miracle.

I turned eighteen in May of 1967. Captivated by what was happening around the world, I watched the national news, mesmerized by the flower children in San Francisco; I longed to join the marches and rallies condemning the Vietnam War and fight for civil rights. I yearned to be part of the women’s movement, dreaming of being a young woman with purpose, making a difference.

None of those things would come to fruition that summer because I was hidden away in a Maternity Home for Unwed Mothers in New Orleans waiting to give birth to a secret child.

After the birth I was expected to surrender my newborn to a closed adoption. I was told repeatedly, “After you leave and go back home you will forget about this time in your life.”

In the 1960s there was nothing much worse than a young woman finding herself pregnant without a ring on her finger. Pregnancy out of wedlock was considered socially unacceptable and practically a criminal act. This was a cruel and unforgiving time for girls whose lives changed in an instant from typical, happy, healthy teens into girls in-trouble, bad girls, or loose young women who had sinned and needed redemption.

There was no support from government, and no one questioned what these young women needed or wanted. We had no voice. It was routine that we unfortunate girls would be sent away from our homes, our education halted, our reputations in tatters.

We were expected to do the right thing; surrender our child to a more deserving couple, and never think about that child again.

Once my parents were over the shock that their daughter committed this unspeakable crime they turned to our church. The minister told my folks the best thing to do with me was send me away so no one would be the wiser. Part of the lie was to say I was living with an out-of- state grandmother if anyone asked. I was already terribly ashamed and riddled with guilt about my predicament, but this magnified my crime to huge proportions. I was made to think I had ruined my life.

Whisked away to the Maternity Home in New Orleans, I remember sitting in a bare bones office while a stuffy staff member admitted me. She handed my father a brochure, and I spotted the words “Go Forth and Sin No More.” I was a good girl. I was a great student and a high achiever. I was president of our youth fellowship at church. My ‘sin’ had been believing a boyfriend when he said he loved me. This is when the shame escalated, and extreme self-doubt crept into my entire being. I had let everyone down and messed up my life and now an unborn child’s life as well.

For five months I worked at the Home, surrounded by many girls like myself. Institutionalized like criminals, we were fed well, and allowed walks within a specific perimeter around the old neighborhood. We attended chapel on Sundays where we bowed our heads and asked for forgiveness. There was no counseling, no schooling, no mention of what would happen when we gave birth or after we left this place.

Mostly we worked at our jobs. Mine was feeding babies in the nursery. There were the usual cliques and dramas, after all we were typical teenagers interested in music, pop culture, and dreamy boys. The only difference was we were damaged, all of various states of pregnancy, filled with doubt and fear of what our futures would hold now that we had committed the unthinkable. Soon we would surrender our own flesh and blood, the babies growing inside of us, to complete strangers, new parents we would never know. The records would be sealed, and we would never know where our children lived, what their names would be, if they were healthy, happy, or loved.

Already lacking self-confidence and filled with shame and guilt, it was easy to convince us we were unworthy, and this is what we deserved.

I gave birth to my first-born son during the jungle heat of that summer. The overpowering bond I felt with this tiny infant filled me with a love I had never imagined. Only allowed to hold him twice, the pain of leaving him crushed me. Through tear-filled eyes I tried to memorize his downy face, his tiny hands, his wee frog-like legs. The fact that I would never see my son again broke my spirit and as young as I was, I knew intuitively I would never forget this secret son of mine who had nestled beneath my heart, who I had whispered to in the silence of the night, and who I had loved from his first fluttering inside of me.

The one thing I was allowed to give him was a crib name. I named him Jamie. The last time I held him, I stole the birth card off his bassinet, tucking it secretly in my pocket. This tiny piece of cardboard was the only proof I had of Jamie.

Returning to my old life was impossible. I was not the same girl. I was a woman now, a mother, without her son. I was expected to go straight back into my old life even though I had experienced a trauma that would mark me for the rest of my days. I returned home with no therapy, no support, just the stifling depression of a private loss I was not allowed to speak of.

On the outside, I looked the same but the shame of the lies and secrets and the guilt of leaving my baby crushed my soul and colored who I thought I was.

My goal was to escape my family and my hometown and within six months I had married the first man who asked me. Determined to have what had been taken away from me, I gave birth to my second son within a year after the wedding. We moved to my husband’s home state of California where I began a new life thousands of miles away from my old one and pushed my secret son far down in the dark recesses of my heart.

I gave birth to two more sons within 8 years. Being a mother completed me. Raising and mothering my three boys kept me busy and fulfilled but often I would slip away and hold the tiny birth card, praying that Jamie was happy, and most importantly loved. I would ask him to forgive me each time I tucked the card away in its secret place.

After ten years of a tenuous and emotionally abusive marriage my husband left, leaving me a single mom with no support. I went to work, changing my life, striving to make it better for my sons and myself.

Three years later I would marry the love of my life, and we happily blended our family of five children. My second husband and I both had demanding careers and there was always the wild and wacky chaos of raising four sons and one daughter. As busy as I was throughout those years, I never once forgot Jamie.

Grateful for the good life I had, I began to heal.

I had searched off and on over the years for my son, but to no avail. From the time I had left the Maternity Home in New Orleans I had fantasized that my son would find me. But after decades, I questioned if we would ever be reunited and thought I would take the secret of him to my grave. I started journaling about that time in New Orleans. I had never written a word about 1967 or allowed myself to write about the loss of my son. Each morning I would write “Find Jamie,” at the top of my notebook.

Writing about my son and the trauma of leaving him became addictive. The more I wrote, the more I remembered and understood how and why all of this had played out the way it did. I realized I had never fully forgiven my parents, our minister, my boyfriend, society, the Home, or myself. I was not that young girl any longer. Now I was a wise older woman with a grateful heart for all the good in my life and I began to intentionally forgive everyone and anyone who had hurt me or abandoned me. But most importantly I forgave myself.

I have often heard once you offer up your pain and suffering to a higher power, trust that the Universe will come through for you. Ask and you shall receive. Well, I did ask to find Jamie and the Universe answered with a miracle.

In October of 2016, my forty-nine-year-old son Jamie, now named Richard, found me through Ancestry DNA. Hearing my son’s voice for the very first time was magical, indescribable. I fell in love all over again. Four days after our first phone call my son flew to California to meet me in person. We were fortunate, our reunion was flawless. Hugging this full-grown man who I had last seen as a 7-pound infant seemed so natural. It was the same as hugging any of my sons and his DNA screamed out loud and clear. We looked alike and had so much in common. I pinched myself for months.

Almost immediately I went from holding in this sad secret of having had a secret son and to wanting to shout to the world, “My son has found me!” And I did.

The more I wrote or spoke about Jamie/Richard and the experience of the Maternity Home in 1967, the more I healed. My story was that of the hundreds of thousands of young women in the 1950s and 1960s who had walked the same walk I had.

We had no choice. We had no voice. I realized I had lived my life as if it were still 1967 full of regret and shame, worried what people would think of me. Once I spoke my truth, I found such support and love from my family and friends. Support and love also flooded my email from birth mothers and adoptees from across the country. My faith in people and in myself was renewed. I became healthier physically, mentally, and emotionally.

I slept soundly for once, knowing where all my sons were each night.

Best of all, I had finally given that sad, damaged teenage girl a voice.

You may also enjoy reading Miscarriage & Misgivings: The Power, and Gifts, of Shame, by Laura Milligan. 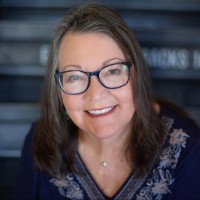 Laura L. Engel was born and raised on the Mississippi Gulf Coast and transplanted to San Diego over 50 years ago. She is the author of You'll Forget This Ever Happened: Secrets, Shame, and Adoption in the 1960s. Learn more at www.laralengel.com

Previous Post: « Kids in the Kitchen: The Benefits of Cooking with Children
Next Post: First Time Recovering from a Pandemic? It Might Be Time for a Reset »