One woman’s journey to help others who have had an abortion transform their grief, regrets and conflicting emotions into healing practices and principles

At 19, I sat in the waiting room of my college’s medical clinic, clasping my sweaty hands and trying to think of all the reasons why there was no way that the pregnancy test I just took could be positive.

The test was positive.

Two weeks earlier, I was sitting in a well-known reproductive health clinic, requesting an IUD (intrauterine device) to prevent pregnancy, but the nurse turned me down and assured me that condoms would suffice. A voice in my gut told me to demand the IUD, but I ignored that voice.

I grew up without sex education, raised by conventional parents who thought talking about sex would encourage me to have it.

I learned by getting pregnant that condoms (and nearly all forms of birth control) are less than 100 percent effective. I had a drinking problem, no job, and no money. I lived a thousand miles away from home. The father was a beautiful heroin addict and the world’s worst drug dealer. He had two clients, and one of them was his self.

As I came to learn, one in three women in the United States would have an abortion in her lifetime. I wished a circle of them would tell me how to heal, but only one woman had ever told me that she had terminated a pregnancy.

For weeks I wandered through an Internet labyrinth of misleading and conflicting information: “post-abortion syndrome,” a made-up term on Christian anti-abortion websites, described a host of unappealing symptoms, like self-hatred and baby phobia; I found sanitized descriptions of “mixed emotions lasting a brief period” and “relief” on websites for organizations I trusted to prepare me for the abortion I never wanted to have. This was my first clue that reproductive, mental, and spiritual healthcare was in disarray.

In my college library, I searched for a book-length account of abortion by a memoirist with the wisdom to help me integrate my garage band of clashing thoughts and emotions into a symphony of my own design, but there was a gap in the literature where a memoir of abortion should have been. All I found were two books of essays about abortion.

In one book, every woman felt relieved; in the other, every woman felt regretful. These two emotions never appeared together in one essay, let alone in one woman. It seemed like a conspiracy in which millions of women were bound to an implicit social contract to match their emotion to a political persuasion.

Conflicted, full of angst and yet resolute, I had an abortion. Thus began the real journey of my life — the undeniable and inescapable loss of everything I thought I knew, including who I thought I was.

I wasn’t prepared for the long tunnel of grit and grief — that dark tunnel that leads us to the light.

Over the next three years, I morphed into a full-blown feminist. I parroted the classic pro-choice abortion story: Best decision for me. Feel good. Dreams coming true. But I felt like a fraud. I had a Gloria Steinem book collection (she is still a heroine of mine) and a private battle with intrusive thoughts and panic attacks associated with my abortion that landed me in therapy. But I could hardly admit to myself that my depression had anything to do with deferring motherhood, let alone admit to my progressive friends who perceived suffering after an abortion as a myth constructed by the conservative religious right and believed only by women who didn’t have minds of their own.

Taking a cocktail of antidepressants, I took my next move toward enlightenment by enrolling in a Tibetan Buddhism course at Columbia University in New York City. One day, when I was visiting my professor in her office, she told me about Mizuko Kuyo, a Japanese Buddhist ritual for abortion, miscarriage, and dead children. Mizuko means water baby. Kuyo means respect.

Without any evidence, I decided that other religious and secular teachings about abortion existed. Inspired by rebellious women in history who attained emotional freedom through spiritual practices, I would participate in every single one of them. I traveled the country to forge a path of holistic healing. Pit stops included a Roman Catholic retreat for abortion staffed with picketers, a crash course in grief from a Planned Parenthood counselor, a night in a motel with a ‘Midwife for the Soul’, and a Jewish ‘wild woman’ celebration hosted by a wise and zany rabbi. For seven years, I researched and reported on the emotional, mental, and spiritual aspects of abortion, listening to and reading hundreds of abortion stories.

Part of my research involved digging into the deeply divided public information about abortion that had left me so confused when I sought guidance. I wanted to find out, for example, why some academic studies indicated that women regret their abortions and other studies said women fundamentally do not. When I read the fine print on one of these studies about regret, conducted by a progressive reproductive health think tank, I found that women who seemed too distraught (i.e., they were crying) were not recruited — about half of potential participants. So a study about regret was conducted by leaving out women who expressed the deepest emotions.

I am convinced that women must take one hundred percent responsibility for the outcomes of our health decisions, mental health, and spiritual conditions.

As a graduate student at Harvard University, I traced the lost history of women healers and priestesses and discovered that erasing women’s emotions, experiences, and healing powers is an ancient type of patriarchal oppression. Ironically, a prominent form of modern patriarchy masquerades as feminism: women telling women to stop talking about grief and psychic pain around abortions. Women pretending that certain stories about abortion are irrelevant.

I wrote May Cause Love, because it’s the book I had wanted to read during an era of my life that now seems like ages ago. My memoir was essentially blackballed from mainstream media outlets. Thirty-five publishers rejected my book until the bold and badass team at HarperOne said yes. Despite the book’s positive trade reviews and glowing blurbs from New York Times bestselling authors, you will not find a single word about my book printed in a mainstream women’s magazine.

One month before it hit bookshelves, it was clear that none of them would provide a standard review of the book. Seasoned journalists — all women who had experienced abortion — began pitching articles about May Cause Love, sometimes more than one journalist pitching the same magazine. Not a single pitch was accepted, even though articles about abortion ran daily on the websites.

Two weeks before the memoir was released, women across the country joined forces and started organizing to put copies of May Cause Love in the hands of the readers who needed it most: people who have experienced abortion. They called bookstores and emailed organizations, book clubs, and universities, sharing their own experiences with abortion and what the book meant to them. They sold out three bookstores in Denver on day one; it hit #4 in the Abortion category on Amazon, behind the #1 book on all of Amazon, which occupied the first three slots with its hardcover, digital, and audio versions. Next, the team set up a book drive page on my website where readers could donate copies of May Cause Love to prisons, women’s shelters, and addiction rehabs. Or, they could send them directly to our P.O. Box so I could bring the donated books to women in a transformational home for addiction recovery.

I had the opportunity to read a three-page handwritten letter from an inmate who had read a donated copy in a Maine women’s prison. She’d terminated her first pregnancy, some twenty-five years ago, when she was 15. What would have happened if ‘Team May Cause Love’ had been there for her after her abortion?

That’s when we launched Revolution After Abortion: The Seminar — a four-day event beyond the social and political context, designed specifically for people who have experienced abortion. The event is like May Cause Love University, based on thousands of hours of unreleased research about how to integrate an experience with abortion by unlearning cultural myths and practicing potent healing principles to live an extraordinary life.

In the midst of all this, exactly thirteen years and one day after my first pregnancy test, I found out that I was expecting my first child with my husband. We decided to break the rule about keeping it a secret until the second trimester. As of this writing, I’m seven weeks along.

I have heard nearly every pregnancy disaster story imaginable. Regardless of the outcome, there will be grief and there will be joy.

Whether I’m holding my baby in December or on a different date in the mysterious future, one thing is sure: I will teach my children to break any social rule that results in people feeling isolated and separate from one another. When we share our experiences from a place of honesty and connection, telling the truth about abortion doesn’t tear us apart; it can spark a revolution.

You may also enjoy reading Girls Mentorship: Potential and Vulnerability, by Jenni Luke 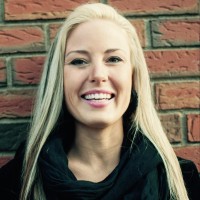 Kassi Underwood is the author of May Cause Love and founder of Revolution After Abortion: The Seminar. She lives in Cambridge, Massachusetts. Learn more at KassiUnderwood.com