If you’ve ever started your own company, or even if you haven’t, you probably know what a terrifying prospect this can be. To make matters even worse, I had absolutely no clue what steps were needed to begin, what I had to do to become successful, or if I would even be profitable.

I wanted to freak out, but I remembered a simple lesson: I’m a runner.

In 2010, I returned to running after a 10-year break. My son had been diagnosed with Crohn’s disease and I had found it extremely challenging to be a good mother to him and continue with my passions at the same time. I had no idea, however, how important running would become — not only to my self and my self-esteem, but also to my future business.

It’s really ironic, because I stopped running because I thought that it was keeping me from being the woman, the mother, and the businesswoman that I needed to be. It turns out that the lessons that I learned from running gave me the framework and guidelines that eventually led to my business success.

Here are the key lessons:

If you don’t have a reason to run, there’s no point in doing it. If you don’t remind yourself of that reason often, you might as well just stop now. Every runner has a ‘why’ — they’re running to become more fit, lose weight, or to try out for something. They may be attempting a distance that they’ve never tried before or to break their timed record, regardless of the exact reason— there’s always a reason.

Business is extremely similar. The entrepreneurial journey is not for everyone, and it can be a very lonely road. People will question what you’re trying to do, why you have to start your own business, why you didn’t think of this or that, and you will question your sanity. Your ‘why’ will be the thing that you reach for to hold onto and push through during those times, just like the sign announcing the final mile can motivate you through a marathon. From a business perspective, if consumers don’t understand your why, they may be less compelled to buy what you’re selling.

All small business owners are going to fail at least once. It’s a fact. They may not fail right away, or they may not fail as epically as others, but the fact is that most businesses will fail before the two-year mark. Even the ones that don’t fail will have terrible moments. There’s a light at the end of the tunnel, however. Most successful entrepreneurs failed the first several times; without those failures, they would not have learned what worked and what didn’t. When you lift weights, you push yourself to fatigue. You purposely enact that failing moment.

It’s the very thing that tears you down and builds you to success. If you are pushing, learning, and constantly growing, you’ll always be moving towards your goals and failure is a huge part of that. It will be extremely uncomfortable, disappointing, and possibly even embarrassing, but it’s a key part of the process, both in running and in business.

3. Junk Miles Are Better Than Quitting

Having a plan seems like such a simple idea; you might be wondering why I even wasted a bullet point on it. The fact is you’d be surprised at how many small business owners don’t have a clear plan. They spend zero time considering the market, competitors, sourcing, or branding. They don’t know who their target demographic or consumer is. They have an idea and they went with it. In many ways that’s the braveness and boldness that I love most about entrepreneurs, but it can also be their downfall.

I didn’t have a plan in the beginning when it came to my small business, and when things started to not work, I took days off rather than just showing up and trying to work through it. In running, when you are having an off day, or your legs and body aren’t really cooperating, quitting is not an option, ever. You simply do ‘time on your feet’ or ‘junk miles’ and continue moving forward. You’re still training your body to be standing, to be moving along, to not give up. The same is true in business; you have to show up and do the work consistently to be effective. Sometimes it’s a grind, but down the road, the collective time and effort that you have put into it will show and bring you the success. Make a plan and stick with it.

4. Find Others with Your Spirit

Being an entrepreneur is rough. Your friends and family can be the most supportive people in the world (although many aren’t), but you still need someone that understands exactly what it’s like to be in your running shoes. It’s like running a race: your loved ones may wake up at the crack of dawn and be waiting for you at the finish line with signs and streamers, and that’s wonderful, but they still don’t understand what it’s like to actually run a marathon, and they never will. And that’s because someone who chooses to enter a race and someone who chooses to open a business are both a little bit crazy. As soon as you understand that you are wired differently from everyone else, you’ll be able to find others who are just like you and have a community with whom to commiserate.

5. Check Your Ego At the Start Line

With this newfound community, you’ll learn how you actually stack up against your peers. When I first started running ultra marathons, the idea of running 200 miles seemed huge, lofty, and impressive. That was until I became a member of the ultra running community and learned that I wasn’t anywhere close to the first person to complete an ultra marathon. This helped me put my ego in check. It also helped me to realize that I was around others who had completed the journey, and this gave me the added confidence to push myself farther than I thought was possible.

6. Don’t Panic When You Break a Shoelace

Things constantly go wrong for me, the same way they go wrong for everyone else. Whether you’re in business, or running, or working for someone else, things will always go wrong at some point. I learned that once I had committed to a goal, I was in it — I had to face the situation, whether I wanted to or not. By thinking creatively, I could harness my imagination, which is one of the greatest assets I have, and therefore could find a way around the obstacle in my path. Just like in running.

7. Make Sure to Stop for Water

This may sound cliché, but it’s extremely important not only in running, but especially in business. You would never, ever show up to a race having not eaten or slept. The same should be true of any boardroom meeting, presentation, or even just a general day of work. It amazes me that people can stay up all night, skip breakfast, and show up to work expecting to be productive. Then, they’re surprised that their body isn’t reacting well to stress. Taper yourself, rest, and turn your pace down before any big event. You can’t do well if you’re depleted.

8. Just Make it to the Next Tree

Sometimes when you’re running— especially when it’s after 70 miles — you just want to stop. You can’t imagine running another second. You’re tired, cold, hot, hungry, sick, and you can’t stand the sight of squirrels or rocks. However, you committed to run the entire race and complete the project, and there are many hours and miles ahead. The only thing that you can do is to keep moving forward, even if it’s one tree at a time. By breaking your goals down into small ‘trees’ or pieces, you’ll be able to manage one piece at a time until you’re in front of the finish line.

9. Success is Not a Solo Journey

Though many entrepreneurs and runners spend long periods of time by themselves, success is a team effort. You’ll need great coaches and mentors, your crew, your community — and your friends and family. On especially long races, your crew will be there to babysit you, feed you, meet you at check points along your journey, and help keep your spirits up. They won’t let you quit when you shouldn’t, but they’ll be the first ones to pull you out when you’re too injured to continue. And when it is time to call it quits, your crew will be there with you to make the hard calls with you, and to support you through that disappointment so that you can live to run another day.

10. The Finish Line is Never Guaranteed

This should be the uplifting, happy ending part of this article— but unfortunately it comes with some reality: there is no guarantee that you’ll reach your goal. You may never build your company to the level you want it to grow to, you may never make a million dollars, you may not ever finish first, you might not be on the cover of Forbes or Sports Illustrated, but it’s not about any of that.

The process of trying to reach your goal turns you into the person that you were meant to be. You may be injured, get lost, not complete the race in the right amount of time, but there’s always another race, another business to start, and some amazing new project to pursue that’s right around the corner. The goal is to love and respect the race, whether or not you win the trophy. Ultimately, the only person you’re competing against is yourself.

You may also enjoy reading Running With Purpose: Realizing the Fullness of Life While We Live It, by Dendy Farrar 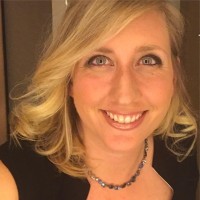 Ashly McHatton is a cutting edge Professional Brand Developer and Business Brander for companies and other businesses nationally. She delivers full scan brand development across all media – visual, digital and social.