A story of two step-brothers who depict a familial love that transcends the stereotype of what a family is supposed to look like, act like or represent

I’ve been married to my husband Chris for eleven years. That is eight years longer than my own parents were married and ten years less than my husband’s parents were married. Both of us come from divorced families; mine ended their marriage after three kids and three years, and Chris’s parents split after twenty-one years of marriage. When Chris and I met, our families were full of steps, halves, and full siblings, brothers, mothers and so on.

One of the reasons we connected so well right off the bat was because each of us came to our relationship with a similar understanding:

Family isn’t always, and sometimes never is, people who share your DNA.

My father-in-law is a strong, sixty-nine-year old man; he comes from a generation painted with values like decorum, pride, tradition, and honor. I surmise that some of those very values are what kept him in a 21-year marriage to a woman he didn’t love. My in-laws live in Florida and we live in Connecticut, but when Chris’ step-mother called this summer, just after our anniversary, to tell us that his father was diagnosed with stage four metastatic melanoma, without hesitation, Chris was on the next plane to Vero Beach. Twenty-four hours later, his step-brother, Stuart, met him there.

While there are surface similarities between the family I grew up in and my husband’s family, when the layers peel away, the blended families are actually quite different. This is partly because in my own family, we merged when I was young. When Chris met his step-brothers, they were college-age teenagers. Perhaps the more significant difference between our modern families is that in my family, we are all clear on the story. We know what happened. We know the why and the how and all of us, my brothers and my step-brothers, believe the same marital narrative.

This is not true for Chris. In his family, no one really discusses the why and the how; they just leave the silence in a locked box where truth may or may not be kept.

For example, Chris and Stuart have never used loaded, heavy, histrionic words like ‘affair’ or ‘cheat’ or ‘betrayal’. They seem to be okay with the not knowing, at least now.

On the second morning of rotating duties to support their parents — Chris’s dad and Stuart’s mom — Chris arrived early at the hospital and found his father hallucinating and writhing in pain. The situation escalated so quickly that within minutes a crash cart plowed into the room. Watching his father dart closer to death as the nurses convoyed the cart, the uncontrollable chaos like a tornado spinning, garnering strength and sweeping him up, Chris broke.

And that’s when Stuart showed up.

It is flashes of moments like this that guide us to consider, define, and redefine what truly matters in the seasons of life.

To me, what matters is who shows up, because whoever shows up is your real family.

On that day, in room 567 of the hospital, Chris turned around and saw that Stuart was there.

When Chris couldn’t muster the courage to get out of the car in the hospital parking lot the very next morning, dreading the sight of seeing his father in excruciating, debilitating pain yet again, Stuart sent Chris a short text: “Take however much time you need.”

A true testament to the character of my father-in-law is illustrated in the beauty of Chris and Stuart’s relationship. Honor, fidelity, grace, and compassion shine boldly in the face of the cancer that streams through my father-in-law’s body. Those values — the same values that so poignantly reflect the generation of my parents and my in-laws and that so many believe are lost today — actually radiate in the kinship between Chris and his step-brother, Stuart.

I believe that our legacy is determined by those who surround us, our true community.

As I live through these tumultuous days contemplating what a family means, I see how plentiful love colors all of the difficult moments. I see this as I watch Chris and Stuart — both fathers, husbands, sons. They are men who met decades earlier when their parents decided to commit their lives to each other, men who have risen to the occasion every single time, despite the occasional drama that unfolds in any family, blended or traditional, modern or quintessential.

My husband and I, and Stuart and his wife, are all from a generation of divorced families, or at least a community of divorced families. We come from families that broke. Many tried to repair those deep cracks, even when repairing meant leaving something behind and starting over. For me, there are special lessons to be learned amidst that rebuilding. I am profoundly struck by the overwhelming challenge to take a step in a new direction or start a fresh page.

As we support my in-laws through this difficult time, I salute their decision to create a new kind of family and to cultivate familial love in the face of struggle. Even now, despite disease, their relationship and the ripples of their love cascade through the generations and leave us all fuller and more whole than ever before.

This is certainly true for Chris and Stuart, men from fragmented families dedicated to building their own families while working together to cradle and crutch their larger family. These step-brothers represent what a family might mean, at least for some of us, right now. 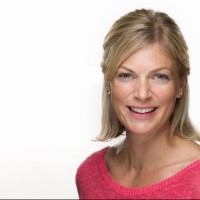 Laura Milligan is a teacher and writer. She lives on the Connecticut coast with her husband and their children. Follow her on social media @readwritestart

Previous Post: « Keeping It Simple: Single Tasking Is the New Black for Mindfulness & Productivity
Next Post: A Guide for Non-Techie Parents to Keep Your Children Safe Online »